Stop me if you’ve heard this before: Artificial intelligence (AI) will eliminate jobs, encode biases against ethnicities and genders, and automate war machines. And it might just lead to a third world war.

Those and other dire AI predictions resurface continuously in reports and speeches by analysts, celebrities, and prominent researchers alike — admittedly not without reason. If developed recklessly, without transparency and safeguards, AI stands to amplify humanity’s traits. But that’s the doomsday scenario. In the right hands, AI promises to advance scientific frontiers beyond what was previously possible.

In fact, it already is.

A report this week by The Verge examines TAE Technologies, a 20-year-old AI startup collaborating with Google to develop tools that’ll unlock the key to affordable, efficient fusion energy production. It’s not as radical as it sounds: In 2018, a panel of advisers to the U.S. Department of Energy included AI and machine learning in a list of technologies they believe could “dramatically increase the rate of progress towards a fusion power plant.”

Unrelated — but equally promising — recent work in the field of neuroscience involved a machine learning algorithm trained to decode signals from the human auditory cortex. A study published in Scientific Reports described a system that, with the aid of a vocoder (a synthesizer that produces sounds from an analysis of speech input), translated brain signals from epilepsy patients into intelligible speech. It comes just months after Canadian researchers detailed AI that digitally recreates faces test subjects have seen using electroencephalography (EEG) data.

Earlier this month, a team at the National University of Singapore tapped AI to derive neurological insights of a different kind: the cellular characteristics of various regions in the brain. Fed with data collected from functional magnetic resonance imaging scanners, which measure brain activity by detecting changes associated with blood flow, their model was able to estimate parameters that enabled neuroscientists to infer properties without having to rely on physical probes.

Yet another exciting development this week — this one robotic in nature — came from Columbia Engineering, where scientists created an AI system deployed on an articulated mechanical arm that, without foreknowledge of itself or its surroundings, produced a self-simulation it used to adapt to different situations and undertake unfamiliar tasks. Incredibly, the self-model was accurate to within four centimeters of the real-world arm, and directed the robot to grasp objects with 100 percent success.

“Philosophers, psychologists, and cognitive scientists have been pondering the nature self-awareness for millennia, but have made relatively little progress,” Hod Lipson, professor of mechanical engineering at Columbia University and director of Columbia Engineering’s Creative Machines lab, where the study was performed, said in a statement. “We still cloak our lack of understanding with subjective terms like ‘canvas of reality,’ but robots now force us to translate these vague notions into concrete algorithms and mechanisms.”

Algorithms and mechanisms, indeed. With any luck, it’s AI systems like these that will help realize realize the benefits analysts at the McKinsey Global Institute predict: a 1.2 percent increase in gross domestic product growth (GDP) for the next 10 years, and an additional 20 to 25 percent in net economic benefits — $13 trillion globally — in the next year alone. Here’s hoping. 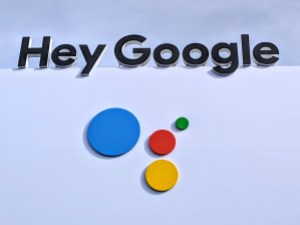 In an effort to train systems to determine if an audio recording is real, Google has released a dataset of phrases spoken by its deep learning TTS models. 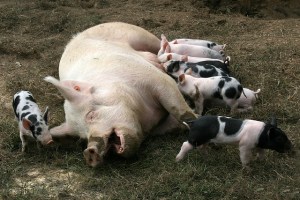 Dying pigs, AI, and the future of sound technology

The power behind a high-tech solution to save piglets — and many other AI applications — is durable IP67 waterproof microphones from Vesper.

Above: An illustration of how fingerprints are used to match audio.

If all is going according to plan, Amazon’s Alexa won’t respond when she hears her name on a television broadcast. Here’s why. 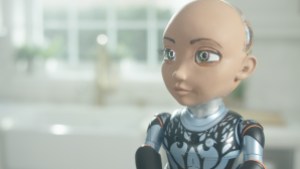 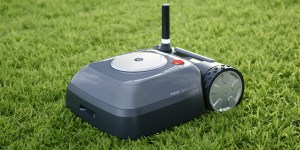 iRobot has unveiled the Terra robot lawn mower. The Roomba for your lawn will be available in Germany and as part of a U.S. beta program later this year. 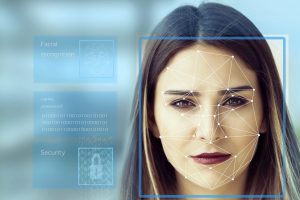 IBM today released Diversity in Faces (DiF), a dataset of over 1 million annotations that aims to reduce bias in facial recognition systems.

We analyzed 16,625 papers to figure out where AI is headed next

Our study of 25 years of artificial-intelligence research suggests the era of deep learning is coming to an end. Almost everything you hear about artificial intelligence today is thanks to deep learning. This category of algorithms works by using statistics to find patterns in data, and it has proved immensely powerful in mimicking human skills such as our ability to see and hear. (via MIT Technology Review)

In a scientific first, neuroengineers have created a system that translates thought into intelligible, recognizable speech. This breakthrough, which harnesses the power of speech synthesizers and artificial intelligence, could lead to new ways for computers to communicate directly with the brain. (via Science Daily)

Last year, I started writing about my experiences taking courses on machine learning and artificial intelligence. One of the big, unexpected problems I ran into was calculus and linear algebra. I’ve found that many online courses say you don’t need much mathematics fundamentals to be a programmer, but inevitably, even in beginner courses, the underlying math was important to understand what was going on. (via Forbes)

China and the United States are ahead of the global competition to dominate artificial intelligence (AI), according to a study by the U.N. World Intellectual Property Organization (WIPO) published on Thursday. (via Reuters)