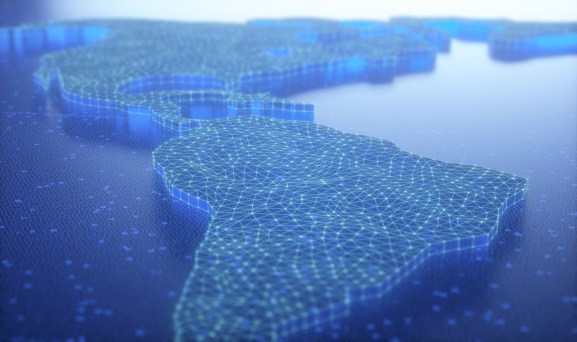 Acquihiring is a common practice in Silicon Valley as a way for large tech companies to hire talented teams with a proven track record. Unlike an acquisition, where the purpose is to purchase a company for its product or service, an acquihire is about gaining talent. Facebook and Google made them popular in the early 2010s, although deals have tended to be smaller and quieter in recent years.

Many large tech companies primarily look to acquihire engineers from universities like Harvard or Stanford based in San Francisco and New York. Some might even target teams in India and Eastern Europe if they want to look outside the box. But US tech companies may be missing out on opportunities in newer markets like Latin America.

Some of Silicon Valley’s biggest names are starting to invest in Latin American startups at earlier stages, including Andreessen Horowitz, Accel Partners, Founders Fund, 500 Startups, Sequoia Capital, and Y Combinator, proving that foreign firms now view Latin American startups as less risky. Yet despite growing investor interest in the Latin America, I’ve heard many US tech firms say they are still put off by the region and rarely consider a local acquisition when launching into Latin American markets.

However, the Latin American startup ecosystem is at an inflection point, and as more foreign investors get involved, acquihires are the next logical step for US companies that wish to tap into the region’s vibrant tech ecosystem. Here’s a look at why acquihiring in Latin America is an untapped opportunity.

Why do tech companies acquihire startups?

An acquihire can often be a win-win situation for a big tech company and the startup. Acquihires generally happen when a startup cannot build a sustainable business, runs out of money, or entrepreneurs decide they would rather move on to working at a bigger business and step away from their startup. For the startup, an acquihire can be seen as an exit and a potential stepping stone to bigger and better things in their startup careers.

For the acquirer, an acquihire is a way to access a talented, motivated, and experienced team without going through a traditional recruitment and training process. In Silicon Valley, where top engineers and developers often have dozens of offers before they even graduate, an acquihire may be a simpler and more cost-effective method for bringing on a great team.

As a bonus, these talented people usually have experience working together to build interesting products. Even if the acquirer decides to scrap the product – which they almost always do in an acquihire – this new team, led by the previous founder or core tech team, will be able to work together to build something new.

From the perspective of a VC, an acquihire might not be the ideal outcome, but it helps the founders and early employees find a home when the startup doesn’t work out. The going rate for an acquihire in Silicon Valley is $500,000 – $2 million per engineer, meaning the total acquisition might be around $2 – 5 million for a small startup. Most acquihires happen at a relatively early stage, between the angel and seed rounds, when the team is still just the founders and maybe a couple of developers. Although the exit is small, an acquihire prevents the startup from failing and disappearing and can potentially help small VCs balance out a portfolio. The founders and fund also stay active in the ecosystem where they can gain more experience (potentially for a future venture).

Unsurprisingly, the biggest names in tech are also the most active acquihirers in the market. Facebook, Google, Twitter, and LinkedIn have made dozens of public acquisitions to capture startup teams, as well as several lower-profile deals that haven’t made the press.

In many cases, both companies choose not to disclose the acquisition formally or do not share any values with media sources, leaving the value behind deals up to speculation. However, in 2009, Facebook made public its acquisition of FriendFeed for a reported $47 million, in part to get hire its cofounder Bret Taylor, who became Facebook’s CTO.

In 2010, Facebook also very publicly acquired Drop.io and Hot Potato to bring their teams in to manage new products. Drop.io founder Sam Lessin took over as Product Manager of user profiles at Facebook after the acquisition. The Hot Potato acquisition was reportedly worth over $10 million and caused speculation about how this model would impact investor agreements in the future, since only new employees – not investors – received Facebook stock options.

Google acquired reMail in 2010 to bring on the founder to manage Gmail, as well as Milk in 2012 to bring in support for building Google+. The founder of Slide joined the Google team to the tune of $182 million and went on to become VP of Engineering. While acquihires tend to be smaller exits, these massive tech companies will shell out a lot for the very best talent. Paying for talent with a proven track record is often more effective than trying to hire someone cold to do the same job.

Why acquihiring in Latin America is a good deal

Acquihiring in emerging markets like Latin America is still relatively uncommon. While regional leaders like Brazil’s Movile and Argentina’s MercadoLibre have made acquisitions for talent, Silicon Valley giants tend not to look beyond the US. However, these companies could find great startups backed by experienced teams at much lower valuations if they were to consider the Latin American market. Here’s why:

Acquisitions and IPOs in Latin America are still relatively rare, which depresses startup valuations for all but the most successful companies. A highly talented founder and their team might be valued as much as 90 percent less than the price of a Silicon Valley equivalent, meaning a tech giant can bring on a top-quality team for much less money.

Acquihires can also often be made with a mix of cash and equity options since much of the payout goes directly to the new employees. Since these deals are still scarce in the region, even a small exit tends to bring significant press and attention to the startup when it provides returns to its investors.

2. An acquihire can streamline an international expansion

Although most acquihires end up scrapping the original product, the team can benefit the acquirer by bringing local knowledge and experience to help with an expansion process.

For example, US-based platform Eventbrite acquired Argentina’s Eventioz in 2013 to bring its team onboard and provide services to the Latin American market. While Eventbrite did not immediately shut down Eventioz after the acquisition, it slowly added Latin American customers to the Eventbrite platform, seamlessly integrating the Southern Cone market through the deal. But the real win was Eventbrite’s access to Latin American talent, growing its team in Mendoza over the next five years.

Groupon went through the same process when it acquired ClanDescuento, a Groupon clone in Chile. A few months after Daniel Undurraga, Juan Pablo Cuevas, and Oskar Hjertonsson founded the company, Groupon swooped in to purchase the platform, immediately shutting down the brand and repackaging the team as Groupon Latin America.

In an acquihire, the quality of the product matters much less than the strengths of the team. Many of the largest tech companies, like Amazon and Facebook, are already outsourcing development to Latin American teams in Argentina, Mexico, and Chile. For instance, developers who work for Bismarck Lepe’s software development firm, Wizeline, in Guadalajara, Mexico produce projects for clients in Silicon Valley and Latin America. StackOverflow reports that its top users in Latin America have a better reputation than top users in other regions of the world.

If language is a concern in a Latin American acquihire, English proficiency in the region has also improved drastically over the past decade. Most developers in the region already speak English, as many resources, like StackOverflow and online tutorials, are available in English only. And Argentina, Peru, Chile, Ecuador, Mexico, and Brazil rank higher than China on the EF English Proficiency Index.

Tech companies are already using acquihiring to grow, but they are often skipping over great opportunities and great teams in Latin America. As more tech giants look to expand into Latin America, an acquihire can be one of the most effective ways to gain access to a talented team with local experience who could build products for a whole new market. These acquisitions are often a win for entrepreneurs, larger tech companies, and investors as they can act as a beachhead for companies to get more talent and expand a team in Latin America.