I don’t usually review cars for a living. But after I came back from the CES 2019 tech trade show last month, I figured it would make sense to start because they’re packing so much technology into these vehicles — which is how I came to have a BMW in front of my house.

It’s not every day I get to drive a BMW. In fact, I had never driven one at all until these nice car review people dropped it off at my house last week. Sadly, they took it back six days later. But it was enough time for me to get a taste of the high life. On Facebook, where I at first pretended it was my new set of wheels, I was a minor celebrity.

It’s all about the interior 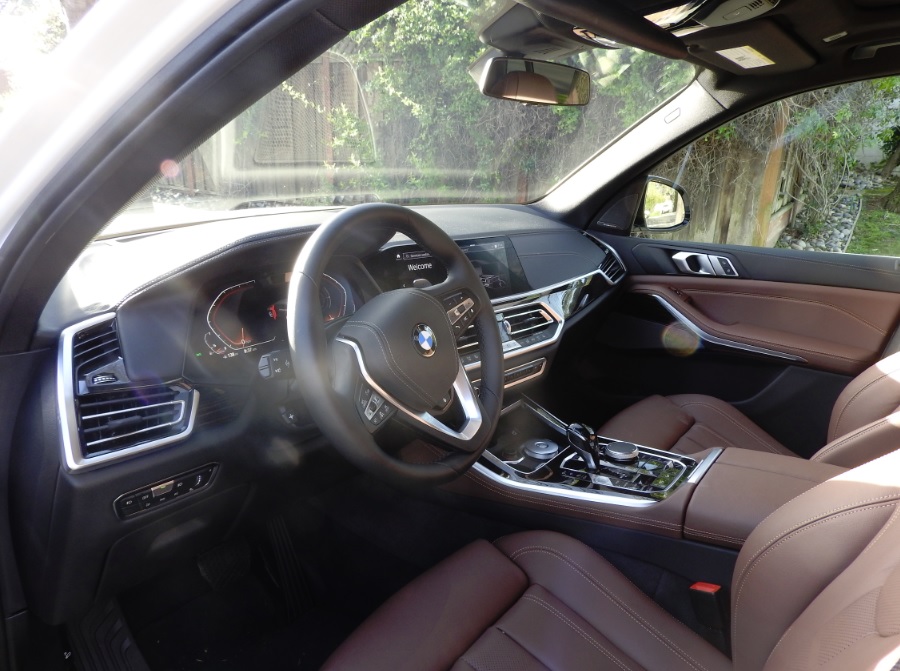 Above: The interior of the BMW X5 xDrive40i.

It has what the BMW Group calls the BMW Intelligent Personal Assistant, an in-car AI assistant that you can talk to by saying, “Hey BMW.” While the X5 is nearly 20 years old, the assistant is new for 2019.

You can use the assistant to control things like vehicle settings, navigation, and entertainment systems — all via your voice. You can do that in this car because it is really quiet. I was surprised at how little engine noise the X5 has, even when you’re accelerating onto the freeway. That’s not easy to engineer in a car that weighs 4,813 pounds.

Of course, being an old guy, I was delighted to find butt warmers on both front seats. And I spent some time looking for where I was supposed to plug in my key. Turns out there is no spot for that, so I kept the key in my pocket. To turn the ignition on, I had to find the start button next to the stick. Then I asked where the CD player was and was told, “That’s a thing of the past.” 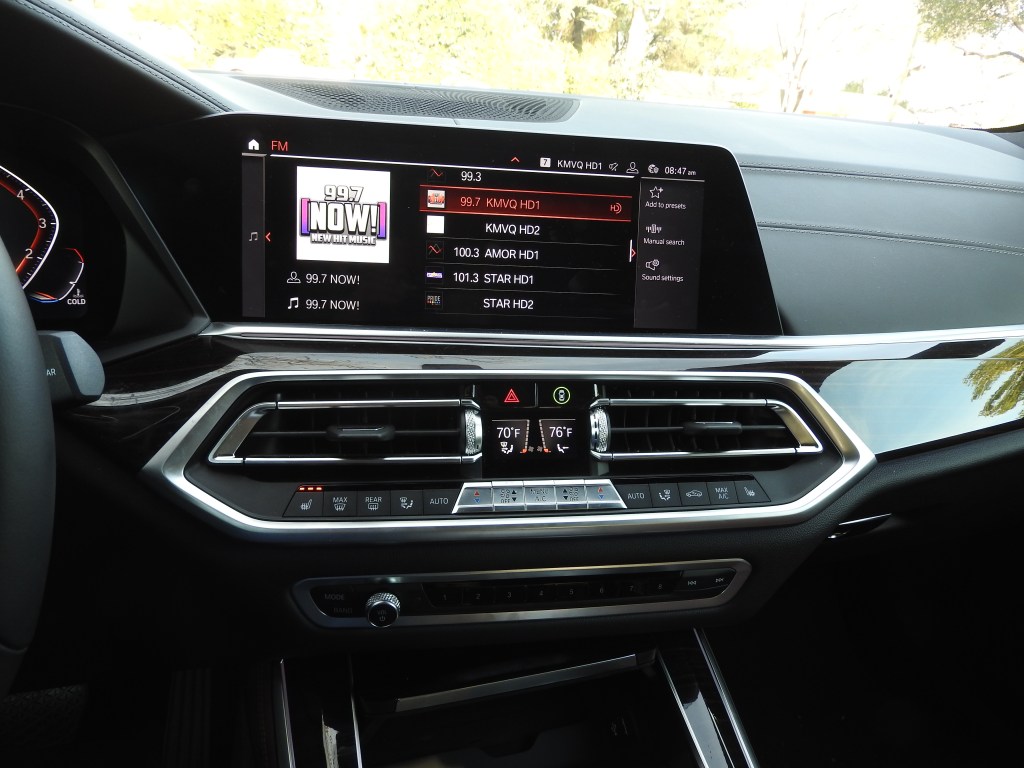 The car has a fairly clean dashboard with the usual stuff, but the command console is in the middle, where you can also find a cupholder that will either cool or heat your metal cup. If you press the “home” button, you can see basic information on the Live Cockpit Professional technology display, which is a twin-screen, high-resolution, 12.3-inch infotainment system and digital instrument display. It’s all driven by iDrive, the BMW operating system for in-car controls.

One of the coolest things was a heads-up display on the windshield. It was tiny, so only I could see it. But on every street that I drove, it flashed the speed limit onto the windshield. Next to that was my actual speed. If I was speeding, the heads-up display icon turned orange, indicating I should slow down. And if I was using navigation, it also told me which way I had to turn next. 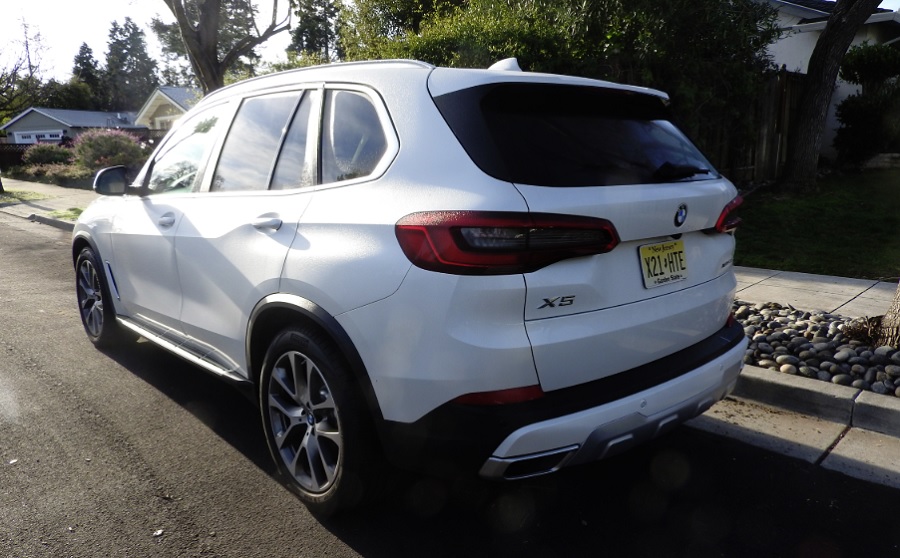 Above: The Jersey plates gave me away when I pretended this was my new car.

When you have the radio on, the display shows you the station and the name of the song and the artist. I learned how to control the volume of the radio using my fingers, via gesture control technology. I put my finger up and then made a turning motion. The sensors detected what I wanted to do and turned the volume up.

You can tap the “com” button to link to the Open Mobility Cloud. I found it easy to link my iPhone to the car’s Wi-Fi network. Once I did that, the Apple Car Play feature let me see what was on my iPhone via the car’s display. So when I powered up Waze on my iPhone, the directions showed up on the car display. You can touch icons on the screen to control things like maps, messages, and music. Of course, you can’t mess around with a lot of this stuff while you’re moving.

But you can use voice commands with Siri or the BMW voice assistant to do things like read your text messages if you really need to. You can also use the assistant to teach the car your preferences. I didn’t have time to do this, but it will remember your seat heating preferences or frequent destinations.

It’s all about safety 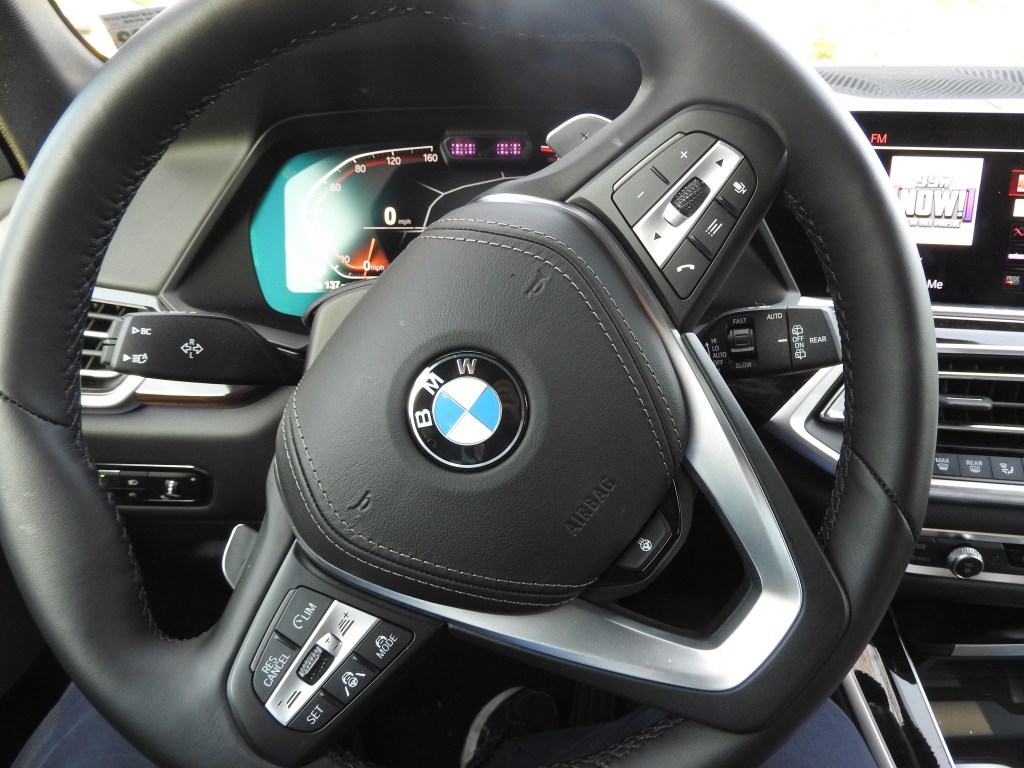 Above: BMW X5 xDrive40i has a smart steering wheel that will put you back in the center of your lane.

You can say “Take me home,” and the navigation will know what you mean. You can even say, “Hey BMW, I feel tired,” to trigger a wake-up program that adjusts the lighting, music, and temperature, among other things, to make you feel more awake.

For safety, cameras are packed into both the front and the rear of the vehicle. Looking forward, the car can detect lanes on the freeway, and it will notice if you start drifting into another lane. The car’s smart system will force the steering wheel to move back into the center of your lane. You can tell this is in effect when a little green light shows up on the left-hand side of the instrument dashboard. That light only appeared when I was driving on the freeway. If I properly signaled to change lanes, the steering wheel would let me change lanes without trying to force me back into the center.

The camera system can also alert you if someone is slowing down or stopping ahead of you. A red light comes on in the instrument panel when you need to slam on your breaks. The back cameras show you the view when you are in reverse. There was a parallel parking button on the screen, though it didn’t work when I tried it out. 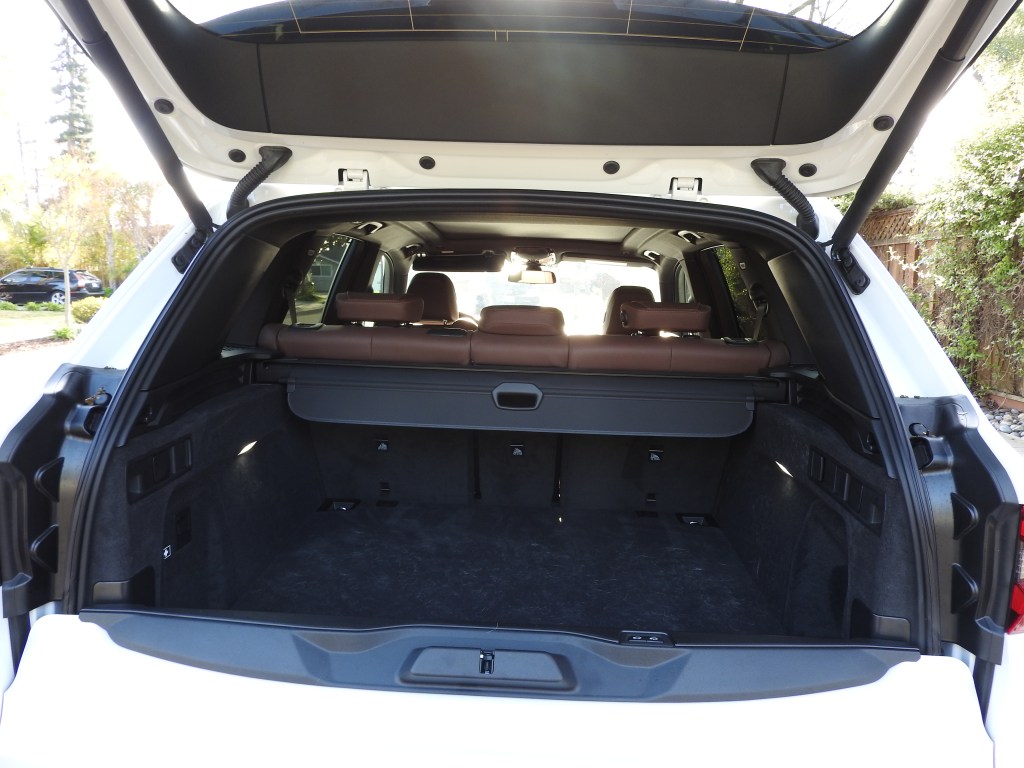 Above: A sensor will let you use your foot to open the back door.

The rear view showed up in the display, and it beeped if I got too close to something as I was backing up. The back sensors also serve another purpose. If you are carrying your keys and your groceries, you can move your foot under the bumper. If the sensors detect the motion, they will automatically open the trunk door for you. That was kind of magical.

The door handles and other parts of the car light up with LED lights when you use the key to lock or unlock the car. Even the door handles have LED lights. My kid figured out that you could program them, changing the color to blue or whatever you want. 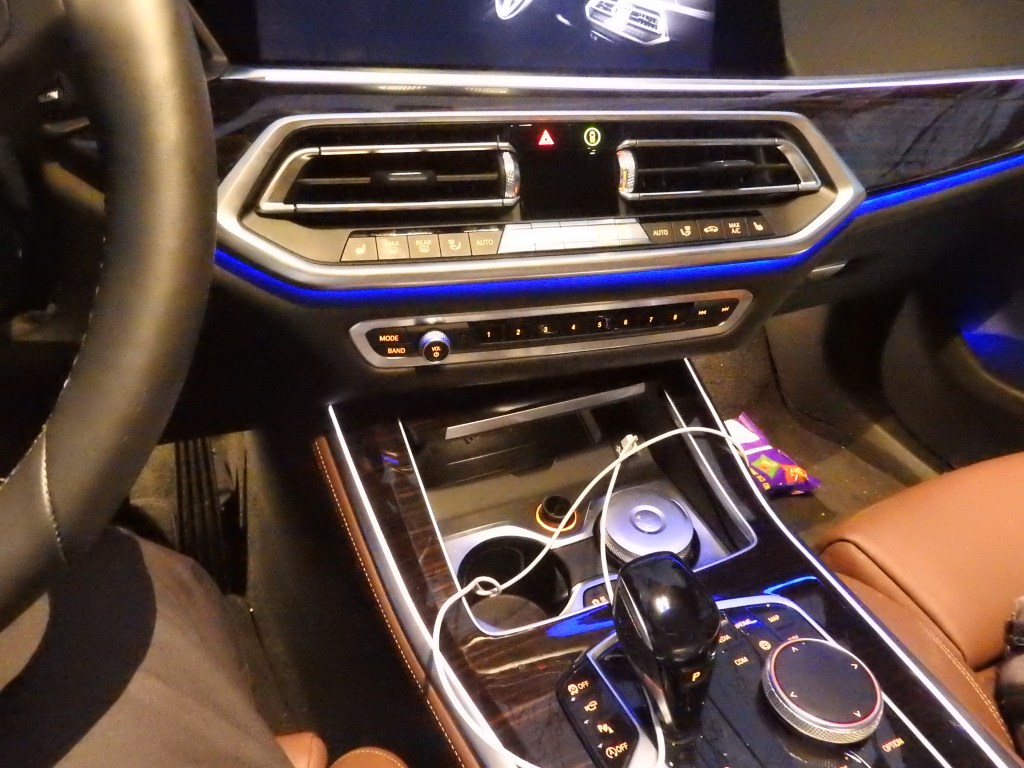 Above: Yes, we want blue LEDs all over the car.

The car had USB charging slots in the front, as well as in the backseat. You can wirelessly charge an iPhone in the well under the radio. There’s even a USB-C charging slot in the middle glove compartment.

As far the driving experience, it is really smooth. The car gets 20 miles per gallon in the city and 26 on the highway. It has a 3.0 liter 6-cylinder engine. Yeah, it’s an amazing car. The various gadgets can drive the cost up to $80,000. But hey, for Silicon Valley people, that shouldn’t be a problem, right?

If I had to rate this car, I’d give it a 90 out of 100. I figure any higher and the vehicle should be able to drive itself. 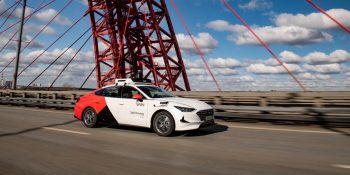 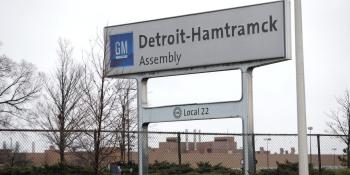 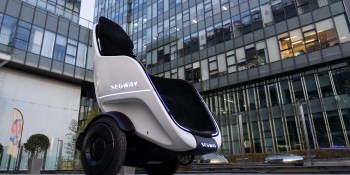 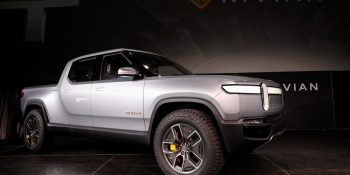 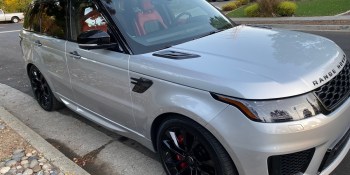