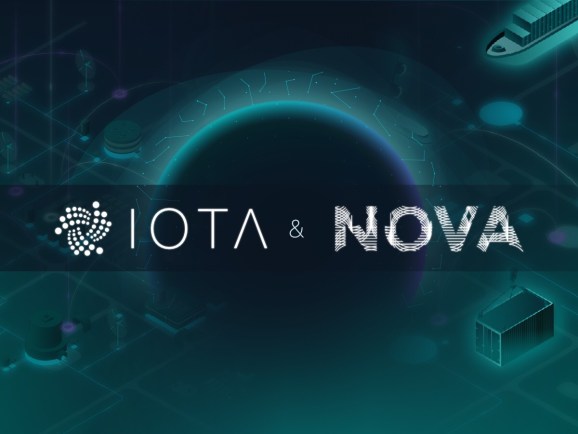 IOTA has developed its own distributed ledger protocol, called the Tangle, that it says is more secure and energy-efficient than standard blockchain technologies. One cofounder describes it as “blockchain without the block and with the chain,” because of the way transactions are confirmed.

IOTA has struck deals with Robert Bosch, launched a data marketplace with Fujitsu and Samsung, and is testing a smart city program. The foundation’s protocol is attractive because it allows automated micro-transactions between devices and is being adopted in industries such as health care, mobility, supply chains, energy, and telecommunications.

Now IOTA wants to focus on encouraging more startups to embrace its protocol via the new program with Nova.

“The Tangle network overcomes many of the limitations and inefficiencies of blockchain technology and, as such, has huge potential to transform machine to machine transactions that are at the core of IoT,” said David Sønstebø, cofounder and co-chair at IOTA, in a statement. “Our partnership with Nova is about enabling that innovation by helping initial ideas come to fruition in the form of viable, scalable, and sustainable business models.”

Based in Liverpool and launched in 2014, Nova call itself a “cofoundary,” meaning it provides entrepreneurs with a support team to help with things like product development, business plans, and marketing. Nova has so far cofounded more than 80 tech startups. Assuming a startup gets to the end of that first year, Nova then takes a 50 percent stake.

The new program will follow a similar model, offering both funding and mentorship to entrepreneurs who are trying to build business models around IOTA’s Tangle technology.

“There are many hurdles to successfully launching a startup, and many of the most common mistakes occur very early on in the process,” said Andrew Dean, head of partnerships at Nova, in a statement. “We want to make sure that IOTA entrepreneurs have the best possible chance of success. Some of the most exciting technological developments of our time are fueled by IOTA technology, and we’re looking forward to playing a part in bringing some of those ideas to market.”