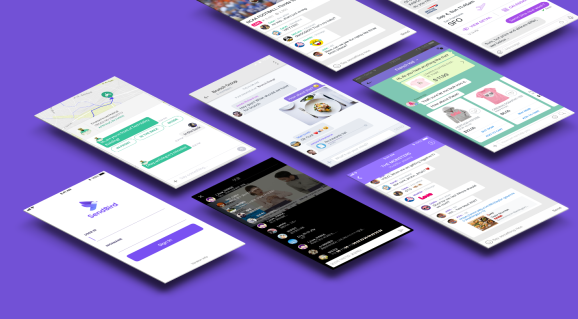 SendBird, a company that’s setting out to make it easy for any developer to integrate chat and messaging features into their apps, has raised $52 million in a series B round of funding led by Iconiq Capital, a wealth management firm with big-name backers that include Mark Zuckerberg.

Founded in 2013, San Mateo-based SendBird is one of a number of companies that specialize in helping developers build feature-rich communications into their apps via SDKs and APIs. Twilio, for example, has built a substantial business from allowing developers to put phone call and text messaging features into their apps, and its shares have soared since its IPO nearly 3 years ago. In Europe, MessageBird has raised big bucks for a similar proposition.

SendBird offers a slightly different product, however — it’s built with internet protocol (IP) messaging in mind, which makes it easier to integrate features such as photo sharing, group chats, and more. Another similar company is Layer, which has some big-name backers in the form of Salesforce, Microsoft, and Greycroft.

While companies such as Twilio, MessageBird, SendBird, and Layer typically fly under the radar of the average internet user, their technologies are crucial to many popular apps out there. Major social networks, dating apps, ecommerce companies, ride-hailing firms, and more require stable and reliable communication infrastructure to power core components of their apps. A billion-dollar corporation could probably develop their own infrastructure in-house, but to do so would be too resource-intensive for something that isn’t their core area of expertise. So they pay others to provide that service for them. SendBird’s messaging SDK and chat API can support more than 500 million messages a day and 1 million concurrent connections, which is suitable for even the biggest of companies.

One of the factors that has driven the popularity of messaging and chat functionality inside apps has been the broader growth of messaging apps — the likes of Facebook’s WhatsApp and Messenger count billions of users globally. As people have become more accustomed to chatting to friends and family through these apps, this has extended into other online spheres, including customer service and technical support. And have you ever tried to communicate with an Uber driver through the app to ask where the hell they are? It will likely have been powered by a third-party API provider.

“Chat and messaging is the most efficient way to connect with another person today,” noted SendBird CEO John S. Kim. “In fact, 76 percent of the world’s population uses a messenger app. That’s 5.8 billion users every month. All these people reach out to friends and family, share experiences, and connect to brands with chat and messaging. That’s a huge market. We want to help businesses around the world harness that messaging capability as part of their user experience for better engagement, retention, and conversion.”

Prior to now, SendBird had raised just shy of $19 million. Its first tranche of funding came a few years back after it graduated from Y Combinator’s winter 2016 class — it received around $2.6 million in seed funding from investors such as Twitch cofounder Justin Kan. And in late 2017, the company raised a further $16 million. With another $52 million in the bank, SendBird is well-financed to extend its core product and hire new talent.

“At SendBird, we aim to make chat and messaging as good as in-person communication,” added SendBird CTO Harry Kim. “We also want to create new ways of communicating that aren’t possible offline. To accomplish this, we’re re-investing this round of funding in our product and our people. Both are necessary for the rapid product innovation we envision.”

A quick peek at some of SendBird’s clients helps to illustrate the breadth of demand for such services across industries — its customers include dating app Hinge; Asian Uber rival Go-Jek; Korean video game giant Nexon; Korean bank KB Kookmin Bank; and the National Basketball Association (NBA). The potential for growth into all kinds of apps across both consumer and enterprise is significant.

“We believe in the powerful trends of messaging and chat as the modern way customers want to communicate,” said Iconiq Capital partner Matthew Jacobson, who now joins SendBird’s board of directors. “SendBird’s market leadership as the most complete messaging platform allows developers and businesses to transform the way customers connect within their applications.”