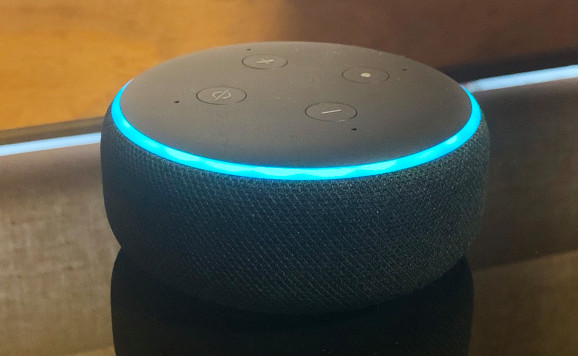 Smart speakers continue to sell like hotcakes. That’s according to Strategy Analytics, which today reported that in the fourth quarter of 2018, shipments of AI-imbued speakers grew 95 percent from 22.6 million units in Q3 to 38.5 million units — more than the entire 2017 total. It brought the year-end tally to 86.2 million units.

The massive fourth-quarter leap isn’t too surprising — a report released by Adobe during the Consumer Electronics Show in January last year found that nearly 76 percent of smart speaker sales occur during the holiday season. Still, it’s reassuring evidence of growth in a consumer sector that, unlike the slowing smartphone market, is nowhere near the point of oversaturation.

Amazon and Google were clear and away the winners, predictably. The former experienced 91 percent quarter-over-quarter rise in Echo device shipments, while the latter saw a 123 percent uptick in Google Home shipments over the same period. Specifically, Amazon shipped 13.7 million smart speakers (up from 7.2 million in Q3 2018) for a 35.5 percent share of the market (from 31.8 percent the quarter prior), while Google shipped 11.5 million units (up from 5.2 million) for a 30 percent share (from 22.8 percent).

As for Apple, it notched 1.6 million HomePod shipments in Q4 2018. That’s a 45 percent quarter-over-quarter climb from 1.1 million shipments in Q3, but it wasn’t enough to stave off a slight decline in market share to 4.1 percent.

Above: Smart speaker shipments in Q4 2018, as estimated by Strategy Analytics.

Not to be outdone, Alibaba, Baidu, and Xiaomi all nabbed over 1 percent of the global smart speaker market. Alibaba got 30 percent more shipments out the door (2.8 million) this quarter compared with last, giving it a 7.3 percent share of the market, while Baidu and Xiaomi shipped 2.2 million (from 1.9 million in Q3 2018) and 1.8 million (also from 1.9 million) units, respectively.

“Smart speakers and smart displays were once again the most sought-after tech products this past holiday season,” Dave Watkins, director at Strategy Analytics, said. “Smart displays such as Google’s Home Hub, Amazon’s Echo Show and Baidu’s Xiaodu Zaijia are proving popular with consumers who are attracted by the combination of audio and visual stimulus and the wider range of use cases compared to speaker only devices.”

Strategy Analytics estimates that about 60 million households worldwide now own at least one smart speaker, and that smart displays like the Echo Show and Google Home Hub made up more than 10 percent of total shipment demand in Q4 2018.

Smart speakers, it’s safe to say, aren’t just a fad — NPR and Edison Research reported in July 2018 that 18 percent of American adults, or around 43 million people, owned a smart speaker, while Consumer Intelligence Research Partners put the number at 50 million. Moreover, a recent survey of 1,000 consumers commissioned by Adobe found that roughly one-third already owned a speaker, and an additional 16 percent intended to purchase one by the end of 2018.

When you consider all that, it doesn’t seem that far-fetched that the global smart speaker market could be worth as much as $30 billion by 2024 and close to $40 billion by 2025.