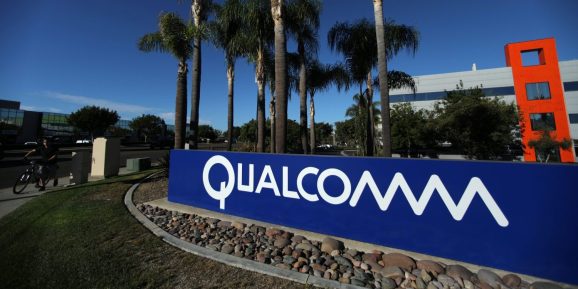 The headphone jack’s days are numbered. If you’re adapter-averse, Bluetooth earbuds and headphones are one of the few in-ear and on-ear alternatives, and they’re far from a perfect solution. Middling battery life and dropout issues aside, they tend to introduce latency compared with their wired brethren — not to mention compression and other artifacts.

Qualcomm says it has the solution, though, and it involves the next generation of Bluetooth. It today debuted the QCA6390, a 14-nanometer system-on-chip that integrates the “full suites” of Bluetooth 5.1 and Wi-Fi 6 (802.11ax). Specifically, it builds in WPA3 security — the latest Wi-Fi security standard — and tech like 8-stream sounding, MU-MIMO, and 1024 QAM at both 2.4GHz and 5GHz.

Over a local wireless connection, it’s capable of speeds of up to 1.8Gbps — the highest throughput of any comparable chipset to date, Qualcomm claims. That’s close to double the throughput performance at up to 50 percent wider coverage than Wi-Fi 5 (802.11ac) devices.

The benefits of Bluetooth 5.1 will be self-apparent if Qualcomm’s claims bear out. With the QCA6390, it’s promising “one to many” broadcasts (i.e., audio streamed from a smartphone to multiple speakers, headphones, and earbuds) versus current-gen chipsets’ two-channel limitation, and a reduction in latency from around 200 milliseconds to 80 milliseconds — good enough for video lip sync. Plus, with Qualcomm’s TrueWireless Stereo Plus spec, the QCA6390 can support up to twice the range and up to 75 percent battery life improvement, the company says.

Multi-device streaming is currently possible with custom Bluetooth stacks like those offered by Paris-based Tempow, which is built into devices like Motorola’s Moto X, and Bluetooth codecs like Sony’s LDAC enable data transfer at significantly higher rates than average. But Qualcomm is pitching QCA6390 and chips like it as a way for OEMs to build those capabilities into their devices without the extra legwork.

In other encouraging news, the QCA6390 will take much less time than its predecessors to “wake up” and start sending or receiving data — up to 60 percent less time while requiring 67 percent less power/ Moreover, it’ll support up to four 2×2 MU-MIMO devices (that is, devices with multiple antennas) in 8 stream designs simultaneously.

On the security front, Qualcomm says the QCA6390 will support the “full suite” of WPA3 mandatory and optional features, including WPA3 Personal, WPA3 Enterprise, WPA3 Enhanced Open, and WPA3 Easy Connect. WPA3, for the uninitiated, supports a much stronger encryption algorithm than WPA2 and imposes strict limits on the number of times users can guess a network’s password, and it introduces Opportunistic Wireless Encryption (OWE), or individualized data encryption, which encrypts every connection between a device and the router with a unique key.

Mum’s the word on the exact month or quarter, but Qualcomm says it’ll make the QCA6390 available to OEM partners later this year.