We’ve seen companies big and small build everything from AI-driven developer tools to AI-powered developer environments. But what if instead of having AI merely help developers write code, it did all the heavy lifting?

Dry.io, a developer playground that helps you write web apps using just a few lines of code, began accepting signups today for its first wave of external testing. The programmable software platform lets you set the parameters of what you want to build, “and the AI takes care of the rest.”

Based in Palo Alto, Dry.io comes from Nick Cassimatis, best known for founding natural language processing startup Skyphrase (acquired by Yahoo in 2013). Cassimatis stayed at Yahoo for a few years before becoming the head of Intelligence Innovation (In2) Lab at Samsung Research America. But now he’s back. Founded in April 2018, Dry.io has not raised any money — the four-person team is funded entirely by Cassimatis’ previous exit.

Dry stands for Don’t Repeat Yourself — a development principle that encourages reducing repetition of software patterns. Dry.io members (sign-up is required whether you’re a developer or just an end user) can use, and build on top, anyone’s apps.

Dry.io creates apps with a user interface, middleware, tagging, sharing, authentication, identity, databases, search index, and so on. In Dry.io, the technology stack is invisible to the developer and user, making software orders of magnitude faster to develop. You don’t need to know the underlying technologies (React, SQL, AWS, ElasticSearch, jQuery, and so on), just a little JSON and JavaScript. No development tools are required — you can build an app right from your browser.

“If somebody wants to build something on here, they don’t need to import libraries, or do anything like that,” Cassimatis emphasizes. “They go in and click add, add app, they put the code in there, and they click submit, and it runs. But yeah, we have a platform that sort of makes that work. That code is basically describing what the data model is for the app. And it’s describing who has permission to what data — like, you know, for example, in a social network, you can only see something if your friend posted it.”

If you don’t like the workflow or interface choices that Dry.io made, you can add your own customizations. Developers can specify additional data types and behavior not already included in Dry.io.

Privacy and security are built right in. Developers can’t see the data a user creates in their apps, as it is private by default. Users, meanwhile, can export their data into a machine-readable form or use any Dry.io app with their data. Anyone can also see the code of a Dry.io app (but not Dry.io’s code). Users can store their data on a blockchain, or locally encrypt it so that even Dry.io can’t see it.

“Our mission is to rewrite the economics of software development,” Cassimatis said in a statement. “We’re eager to welcome developers to the platform and work with them to shape the future of software. Imagine a world where 40 lines of code is all that stands between a real-world problem and a life-changing solution. That’s what we’re building at Dry.io.”

Cassimatis makes a bold claim in his pitch: Dry.io enables app creation “that is 1000x faster than any other platform or development method.” We asked how the team came up with that number. In short, there are two ways: counting lines of code and comparing development time.

That isn’t all the code those apps need to execute and function, of course, but it is all that a developer needs to write.

“The other is to show the app to someone — and we’ve done this with some programmer friends — and say, ‘Look, you know, here’s an app we build, how long would it take you to build this?’ And we knew what we’re going to do, how long it took us to build it. And so we compare,” said Cassimatis. “The more complicated the app is, actually, it even gets above 1,000 in terms of the speed up. But that’s mainly where we get the three orders of magnitude is that you basically either look at code that already existed or you get people to estimate.”

But will developers sacrifice flexibility for rapid code creation? Cassimatis points to examples where they already have: Unity for 3D development, Matlab for scientific computing, or even Visual Basic and Microsoft Access.

Cassimatis believes that Dry.io doesn’t have any competitors. Airtable, Google App Engine, and Filemaker come to mind, but what developers can build with Dry.io is much more sophisticated. The platform is optimized for building social, collaborative, messaging, and productivity apps because it includes complex data types, tagging, granular permission policies, and search. 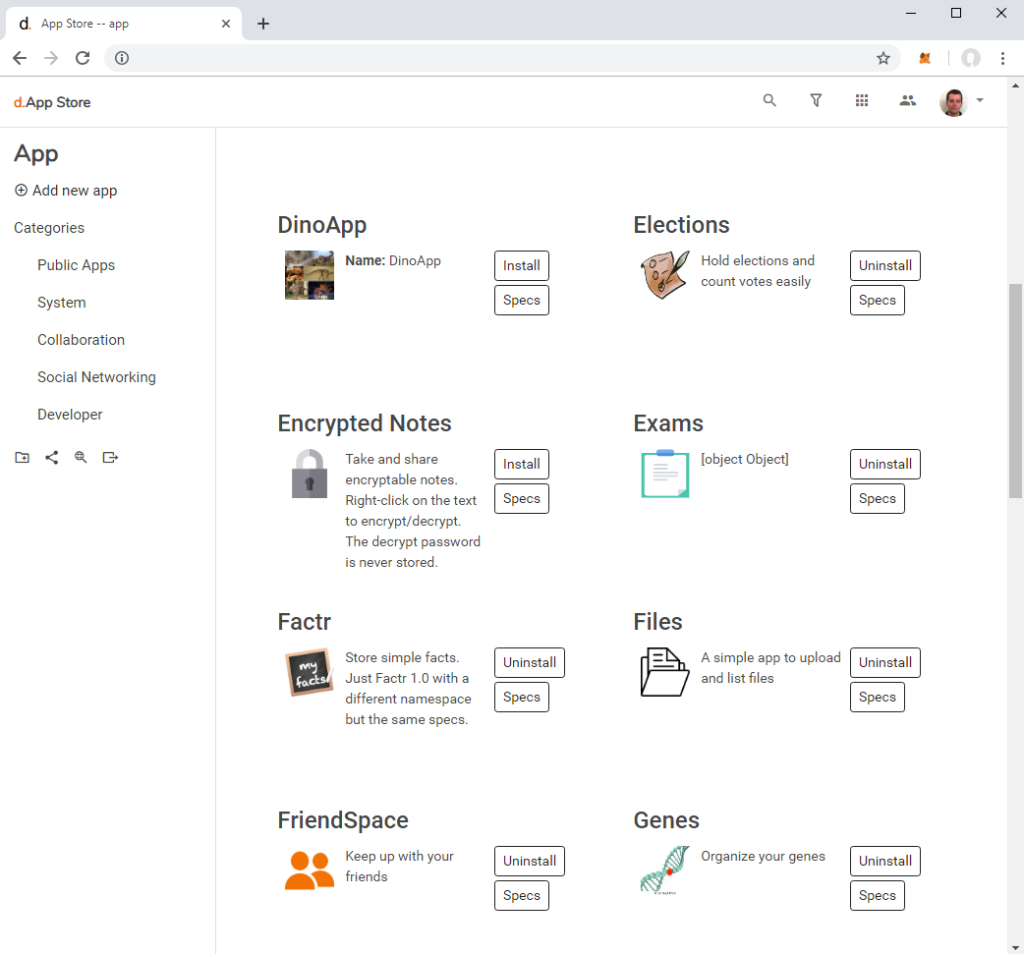 The hope is that Dry.io will also be used in industries that don’t currently benefit from app development due to lack of funding, time, and available developers. That can mean academics and researchers, but also anyone with an idea who can’t hire a developer or create a custom app.

How the AI works

This isn’t pair programming, an agile software development technique wherein two developers work together at one PC. The AI isn’t checking each line of code or offering suggestions as you go. Cassimatis says the AI is doing the coding, in the sense that is building applications it has never built before. But this also isn’t WYSIWYG — you do need to understand basic coding.

“You briefly describe a data structure and AI automatically creates the right code for storing, sharing, and searching for the data for your app,” Cassimatis clarified to VentureBeat. “When the structure of your data changes, the user interface and the database access to that data change automatically, with no involvement from the user or developer.”

And the AI isn’t really programming — it’s not writing code from scratch. It hasn’t been taught how to build apps, but rather how to build different kinds of components and how to weave them together. It’s assembling building blocks of ready-made code.

“There is a field of AI called Knowledge Representation that tries to find a small set of building blocks that can be used to represent all of human knowledge,” Cassimatis explains. “We’ve used results from that field to design a core set of building blocks that make it super-fast to build a wide array of software. It’s like we’ve developed a periodic table for software.”

Knowledge representation and reasoning (KR&R), the branch of AI focused on goals and planning, uses findings from psychology about how humans solve problems and organize information about the world. KR&R then turns it into a form that a computer can use to solve complex tasks. In this case, KR&R is being used to figure out which code blocks are needed for an app to function.

Dry.io is in its infancy. The documentation hasn’t been written. The team wouldn’t even let us try it — only pilot developers will get early access starting today. General availability is slated for “early 2019.”

But it’s clear Cassimatis has already thought about how to grow his baby. Everything you build on Dry.io right now is stuck there.

“Later on, we’re going to be making on-premise stuff, so if you want to run it on a local server or something like that,” Cassimatis promises. “But for now, yeah, stuck on our platform.”

Dry.io also has no business model, yet.

“In terms of monetization, once you surpass some sort of threshold, you start paying $5 or $10 a month,” Cassimatis expects. “The typical SaaS freemium-type model is what we’re thinking about.”

But first, Dry.io will have to prove developers want to trade controlling their own code for AI to do the heavy lifting.