Samsung Health, for the uninitiated, is a free app that lets users track various metrics of their life, including diet, physical activity, and sleep. In some markets, it also offers paid-for services, such as video appointments with doctors.

San Francisco-based Calm was founded in 2012 by Michael Acton Smith, creator of Mind Candy phenomenon Moshi Monsters, and Alex Tew, the guy behind the the Million Dollar Homepage. Calm’s subscription service costs $5 per month on an annual plan, which serves up a variety of audio-based programs designed to reduce anxiety, depression, stress, and insomnia. 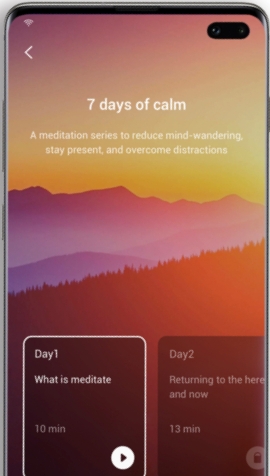 Above: Calm on Samsung Health

Calm recently raised $88 million at a hefty $1 billion valuation, and it has been profitable for several years already — a sign that people are willing to pay hard cash for help relaxing in an always-on “connected” society. Indeed, issues around “digital wellbeing” have been at the forefront of many recent debates, leading Google and Apple to introduce time-management features to their respective mobile operating systems.

Samsung Health had already offered its 60 million users access to mental wellbeing features, for example via its sleep-tracking smarts, but now it’s providing a direct artery into one of the world’s biggest mindfulness platforms.

“Our work with Calm is going to make it easier than ever for Samsung Health users to practice mindfulness so they can work toward achieving better overall health,” said Peter Koo, who heads up Samsung’s health service team.

Inside the Samsung Health app, users tap the little Mindfulness icon and then follow the various steps to sync with their Calm account — or create one from scratch. They will then be able to access their Calm programs through the Samsung Health app on their mobile phone, while a Galaxy smartwatch can be used to control each session by pausing or playing it. 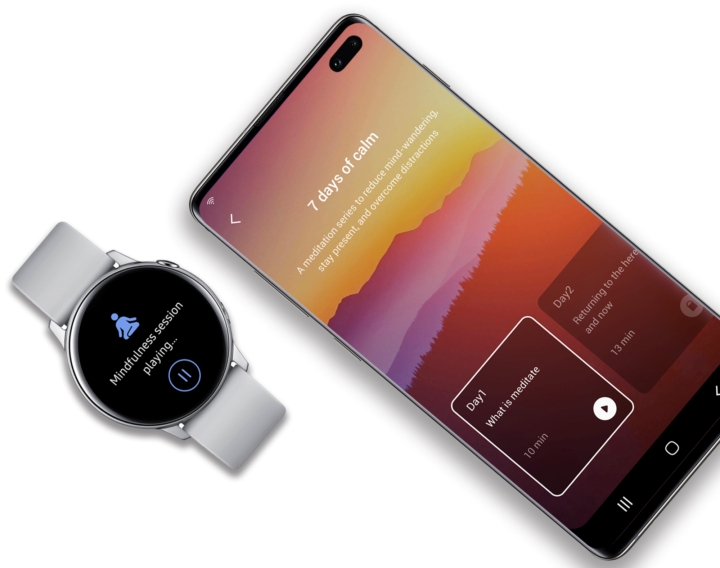 This partnership is, of course, a major win for Calm. The company has previously claimed that it notches up an average of 100,000 app downloads each day, and integrating with Samsung — the world’s number one mobile phone maker in terms of sales — can only mean more signups and subscriptions.