Meditation and mental health-focused startup Calm has raised $88 million in a series B round of funding led by TPG Growth, with participation from Insight Venture Partners, Ashton Kutcher’s Sound Ventures, and Creative Artists Agency (CAA).

This takes Calm’s total funding past the $115 million mark and elevates the San Francisco-based company to the prestigious “unicorn” club — it now has a valuation of exactly $1 billion.

“This financing will accelerate our mission to make the world healthier and happier, with international growth and an increased investment in content being top priorities,” said Calm cofounder and co-CEO Alex Tew.

Founded in 2012 by Michael Acton Smith, creator of Mind Candy phenomenon Moshi Monsters, and Tew, who is also the guy behind the the Million Dollar Homepage, Calm is one of a number of “mindfulness” startups to attract the attentions of VCs in recent times. In the past year alone, we’ve seen Shine raise $5 million for its motivational messaging app, while Simple Habit secured $10 million for its “bite-size” audio meditation plans and BioBeats nabbed $3 million to combat stress with meditation and breathing exercises. Other notable players in the space include Headspace, which has also attracted vast chunks of VC funding.

Calm’s subscription service costs $5 per month on an annual plan, and a variety of programs make up more than 100 hours of audio aimed reducing anxiety, depression, and insomnia. 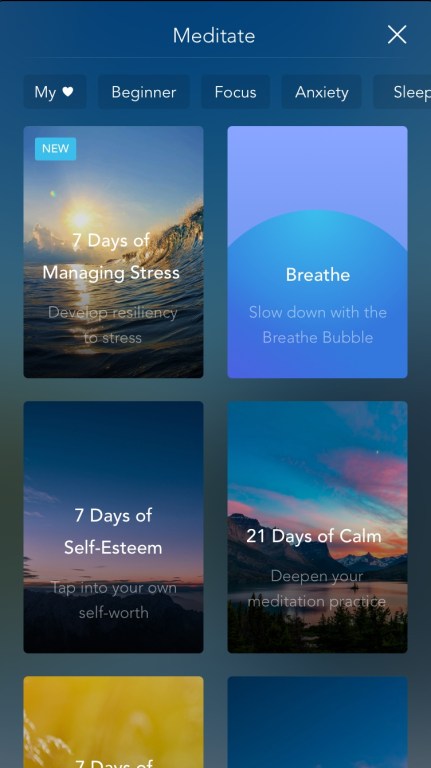 This latest funding round comes less than a year after Calm’s $27 million series A round, while back in September the company kicked off its global expansion with a launch in German. At the same time, Calm revealed a partnership with American Airlines to include meditation content in the airline’s on-board entertainment services, and Calm has partnered with other notable companies, including Uber.

Not only has Calm been profitable for several years already, it can now lay legitimate claim to being the first mental health-focused unicorn, which is quite a remarkable feat when you consider it has a team of just 50. But its growth is perhaps a sign of the times — the meditation industry is reportedly worth more than $1 billion in the U.S. alone, while the broader “wellness” sector is estimated at several trillion dollars, according to the Global Wellness Institute.

“We started as a meditation app, but have grown far beyond that,” added Acton Smith. “Our vision is to build one of the most valuable and meaningful brands of the 21st century. Health and wellness is a $4 trillion industry, and we believe there is a big opportunity to build the leading company in this fast-growing and important space.”

The company added that its revenue increased fourfold in 2018 and that it is on course to hit a yearly income of $150 million, based on its current annual recurring revenue (ARR) rate.