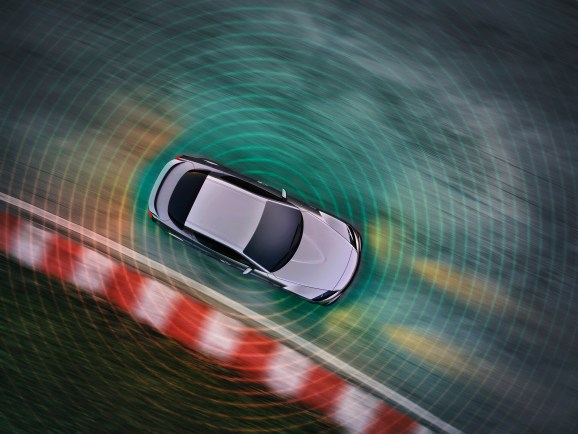 With autonomous vehicles already debuting on our roads and in our airspace, you’ve probably grown accustomed to the idea of a new future for mobility. But what you may not have wrapped your head around yet is that these vehicles could create a whole new marketplace that makes transportation safer, greener, and more efficient.

Mobility Open Blockchain Initiative (MOBI), a nonprofit consortium that counts the majority of the world’s large automakers as members, including BMW, GM, and Ford, as well as The World Economic Forum, Bosch, Denso, IBM, and Accenture, kicked off a three year “Grand Challenge” fueled by over $1 million in prizes. Winners were just announced for the first phase, focused on the building blocks of next-generation mobility networks and drawing competition from 23 teams across 15 countries.

Connected machines and sensors have their own complex web of machine-to-machine communication. What they haven’t had is money to negotiate and transact among themselves. Vehicles increasingly collect vast troves of data that could help other machines make better decisions or drive new services that optimize the entire system — if only it were shared. Money can incentivize the sharing of this data, serving to align the interests of diverse participants in a new machine-to-machine economy — and ultimately help people and things move more efficiently.

Corporations, entrepreneurs, and even governments are looking to the unique functionality of blockchains and digital currency to enable this future. “We envision a world in which vehicles can communicate their intentions with other vehicles and coordinate their behavior,” explains MOBI CEO Chris Ballinger. “Micropayments give machines an incentive, and whether it’s about a pothole, traffic, or other conditions, that data is valuable. Many of the useful things we can do with cars and other vehicles will require micropayments from one machine to another.”

For example, when vehicles traveling near each other can safely form an ad hoc network and agree to share data in exchange for micropayments, a car could extend its perception farther than the range of its own sensors. It could “see around corners” — obtaining data, for example, that could anticipate a collision and adjust speed to avoid it.

When not only vehicles but infrastructure is also equipped with digital currency wallets, the entire transportation ecosystem can work together to optimize flow. A city could offer incentives for using alternate routes or modes of transport to ease congestion and increase the longevity of aging physical infrastructure. If a commuter takes the bus or walks instead of driving or selects a less-trafficked route, for example, they could be rewarded with a payment. The cost of insurance could depend on how many passengers are in a car. Parking spaces could be found and paid for with less friction. A passenger in a rush to catch a flight could allow their vehicle to negotiate with and make payments to surrounding vehicles to obtain right of way.

But the holy grail in mobility is to extract more value out of physical infrastructure. Infrastructure built to peak demand is often prohibitively expensive. And there are still traffic jams at peak periods. When connected vehicles have their own form of money, pricing mechanisms can smooth supply and demand instead of expensive infrastructure investments — and they can do so with more accuracy, breadth, and in higher fidelity than today’s toll roads. This “congestion pricing” would function like peak pricing on the electrical grid. This same principle could be applied to charge for the environmental impact of mobility choices, or “pollution pricing.”

Blockchain-driven digital currency is uniquely suited for machine-to-machine transactions. It can manage complex rules called smart contracts, such as releasing payments to fit specific conditions in an escrow-like arrangement. Each machine or sensor can have a unique identity and a wallet associated with that identity that collects and makes payments. Without the need for intermediaries, the cost of a transaction can be reduced to a point at which micropayments are feasible.

“When you can make a transaction valued at a penny, or even a tenth of a penny, it starts making sense to buy and sell small bits of data — the right of way on a road for the next block, or a three block rideshare, or windshield wiper data that can give insight on weather patterns, for example,” says Ballinger. “From where we are today, it’s hard to imagine all the business models that will become possible when data can be bought and sold in this ecosystem at such low friction.”

Many are already working on the foundational elements of these new business models. Chorus Mobility won first prize of the Grand Challenge for its work using machine-to-machine payments to negotiate road space, use of infrastructure, and right of way. Oaken Innovations won second place for a pilot that demonstrated vehicles being charged for road use, congestion, and pollution in Portugal.

Dovu, a startup backed by InMotion Ventures, Jaguar Land Rover, and Creative England (a fund backed by the UK government), is developing a protocol that could be used by local governments to influence how citizens move around a city. Participants are rewarded when they make changes to travel habits that lead to less congestion and lower emissions. The company recently announced a partnership with one of the UK’s leading transportation providers, Go-Ahead, to incentivize data sharing and changes in passenger behavior, first rolling out for the company’s Thameslink and Southern Rail services.

DAV, based in Zurich, Switzerland, is building a protocol that allows transport assets to discover, communicate, and transact with each other without human intervention. For example, an autonomous drone could make decisions on its own based on parameters set up by its owner. The drone could hire itself out for geo-fenced missions. When its charge is low, it could negotiate and pay for services directly with charging platforms according to criteria set earlier — identifying the cheapest, or the most efficient. With each agreement, funds would move from one machine’s wallet into escrow, and with the completion of each task, from escrow into the wallet of another machine. Owners could empty these wallets at any time. “These are open networks that anyone can use,” says DAV CEO Noam Copel. “Businesses or consumers that own transport assets could build services on top — and they could earn income by putting those assets to work.”

In a supply chain, goods moving from one mode of transport to another, often owned and operated by different companies, create a great deal of complexity. Increasingly robotized ships, ports, and rail lines could identify each other and transact among each other as goods make their way along the supply chain. At each step, money moves from one wallet to another without paperwork and accounting delays — and the blockchain safely and indelibly records the circumstances of the transaction.

The stakes are high, and the potential impact wide-ranging. A shift to transaction-fueled mobility could affect nearly everyone who commutes to and from a job, and nearly every company’s supply chain. None of this is possible, or course, without the infrastructure and regulatory environment to support it. But there are other hurdles ahead. Innovators have made much progress in using blockchains to facilitate secure machine reputation and other identity data (essential to ensure that services and money are exchanged with the right machines), but the technology is still young. And importantly, it depends on getting to scale. “Putting a bus or car on a blockchain is easy. The hard problem is getting to network effects. This will be a team sport,” says Ballinger.

Alison McCauley is an author and strategy consultant who has been researching and working with startups, corporations, and investors building blockchain-enabled applications. She is author of Unblocked: How Blockchains Will Change Your Business and CEO and Founder of communications and strategy consultancy Unblocked Future.