Mozilla may have killed its Firefox Test Pilot program, but the internet giant is still looking to make some of the existing experiments into official products available across the Firefox ecosystem.

Launched back in 2016, Test Pilot was an experimental program that allowed early adopters and the generally curious to try out fledgling Firefox features that were still works in progress. One of those features was a file-transfer service called Send, which debuted in 2017 to enable anyone to upload and encrypt large files to share across the web. The shareable URL automatically expires after 24 hours or after a preset number of downloads has been reached. It’s also possible to require users to enter a password to access a file.

Today, Firefox Send is moving beyond Test Pilot to start life as an official Mozilla product, nearly two months after the company announced that Test Pilot was no more.

Additionally, Mozilla is making Firefox Send available as a standalone app on Android, though that will remain a beta product for now. 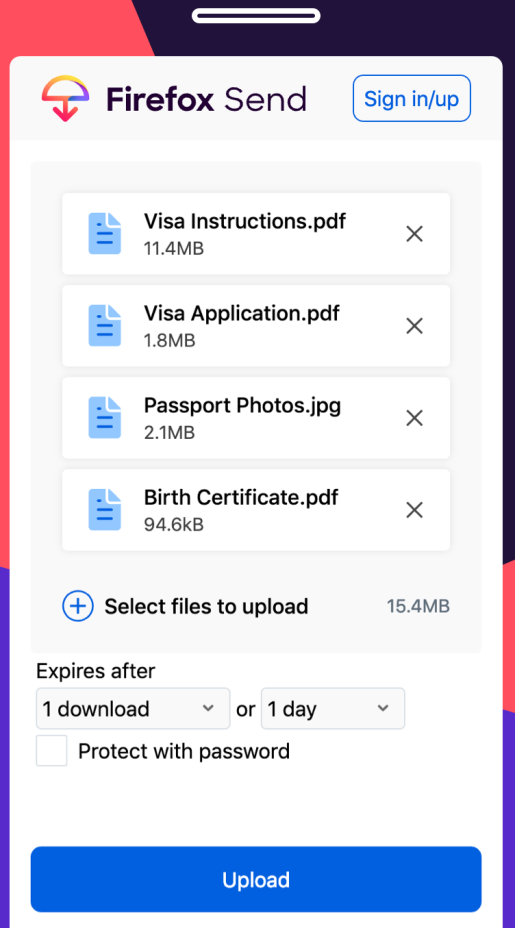 The new incarnation of Firefox Send on desktop sports a number of enhancements compared to the original pilot tool, though these upgrades are only available to signed-in Firefox users. For example, users can now set downloads to expire at any time up to 7 days, rather than being limited to a 24-hour period. 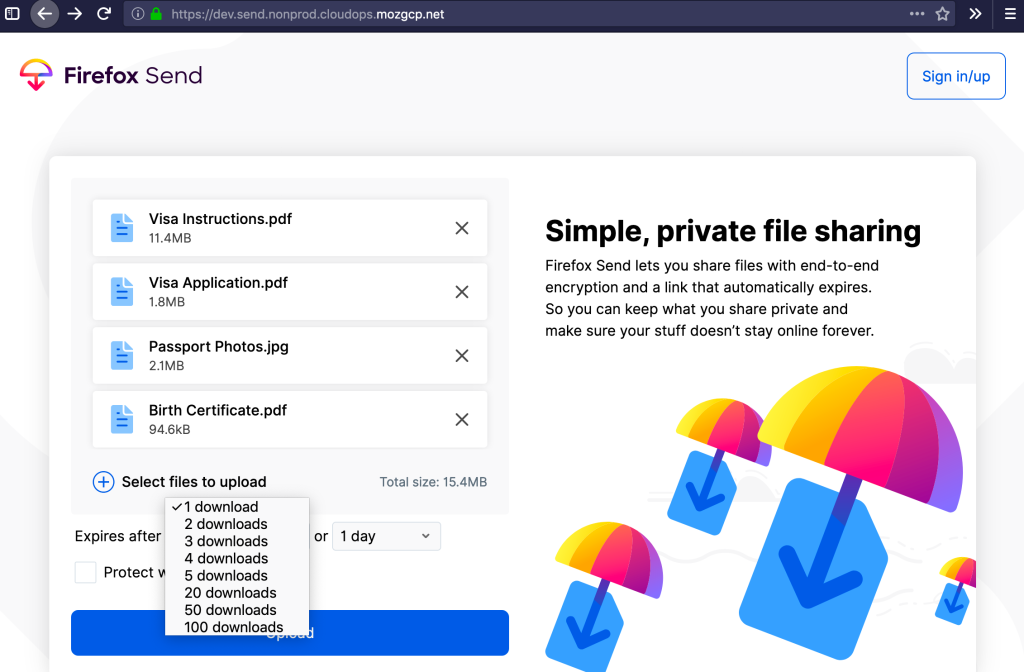 It seems Mozilla hopes to leverage Firefox Send to encourage more people to sign up to an account with the browser, which currently languishes far behind Chrome in desktop market share.

It is worth noting here that although countless popular cloud-based services already make it possible to share files — from Dropbox to Google Drive — Mozilla is positioning Firefox Send as the ephemeral, privacy-focused alternative. Users who upload a confidential file to the cloud don’t have to remember to delete it afterwards — Firefox Send automatically deletes the file after a period of time stipulated by the sender.

With the promise of end-to-end encryption, Mozilla is doubling down on efforts to paint itself as a paragon of privacy, and Firefox Send follows other recent graduates from the Test Pilot program. Last March, for example, Mozilla launched the Facebook Container add-on, which stemmed from an earlier experiment called Containers.

“We know there are several cloud-sharing solutions out there, but as a continuation of our mission to bring you more private and safer choices, you can trust that your information is safe with Send,” Mozilla said in a blog post. “As with all Firefox apps and services, Send is private by design, meaning all of your files are protected, and we stand by our mission to handle your data privately and securely.”