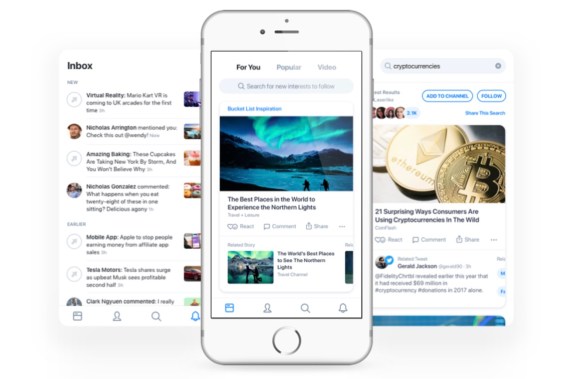 Apple has acquired a small machine learning startup called Laserlike, according to a new report today, and could use the company’s work to help Siri become better at delivering personalized results for users. According to The Information, the acquisition closed late last year but went unreported until now.

Laserlike used machine learning to gather masses of information from across the web, then deliver user-specific results to an eponymous app. Users could submit their interests as plain-language search terms to the app, which would then surface results that could be browsed like news and shared socially via an in-app “inbox.” Additionally, the company’s technology could be used to recommend additional sites to visit based on a user’s browsing habits.

Apple confirmed the acquisition to The Information, but did not specify the reason for the purchase. Laserlike’s team has reportedly joined Apple’s Siri team under Senior VP John Giannandrea, and could be helping with Siri’s search initiatives following the recent departures of Siri VP John Stasior and search head Vipul Ved Prakash.

It’s highly possible that Laserlike’s team will be working to improve Siri’s long-troubled ability to fetch pertinent information from the web. Requests for information on specific proper nouns and concepts commonly generate nonsensical responses and search results, a phenomenon that’s been documented on Reddit’s SiriFail page.

While the problems are partially due to errors in language parsing and recognition, the quality of Siri’s web search results has long been mediocre, and could benefit from a smarter web canvassing system. The new hires might also help Siri to surface automatically grabbed pertinent information to a user in Siri Suggestions, an existing iOS feature.

Apple has been on an AI-related hiring spree in recent months. Apart from hiring Giannandrea and upping its efforts to recruit new Siri engineers, it purchased Silk Labs, a privacy-focused AI device maker. It’s also looking for someone to analyze and explain Siri’s numerous issues to executives.