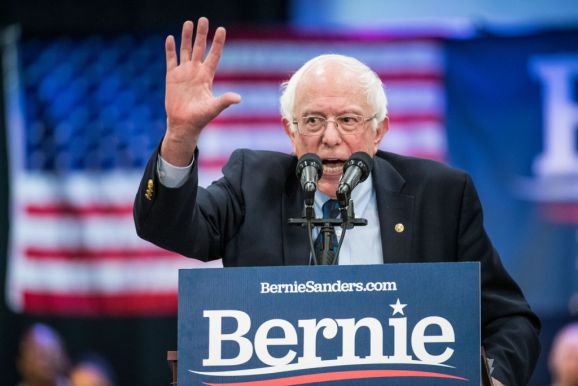 Beto is running. So is Bernie, and maybe Biden.

Primaries to pick 2020 presidential candidates are more than a year away in most parts of the United States, but candidates seeking the highest office in the land are making their intentions known now, and almost every candidate running for the Democratic nomination to take on Donald Trump is making sure people know where they stand on AI.

Artificial intelligence isn’t a part of every candidate’s official campaign platform, but a point of view on the impact of intelligent machines appears to be essential for candidates in 2020 — a requirement that didn’t exist in 2012 or 2016.

Candidates may tackle the subject of algorithms or artificial intelligence head on or come at it indirectly, as machine intelligence underlies a number of topics important to the future of the nation, including economic mobility, income equality, national defense, and the future of work.

Outrage over the misuse of AI systems also gives candidates an opportunity to exhibit rage on behalf of the common person or touch on ambitious plans for the future. It could even allow them to tap into a new kind of populism, as the technology is expected to increase income inequality and eliminate millions of jobs the world over — a trend that is expected to accelerate as many more companies adopt AI systems.

Their stances may also be influenced by the techlash of the past year, and monopolies controlled by companies like Google, Facebook, and Amazon that Senator and presidential candidate Elizabeth Warren says should be broken up.

Democratic Socialist Bernie Sanders, who came in second in primary victories in 2016 behind Hillary Clinton, may have been the first major candidate to make AI part of his campaign platform.

In a video to announce his 2020 presidential bid last month, Bernie Sanders said, “I’m running for president because we need to understand that artificial intelligence and robotics must benefit the needs of workers, not just corporate America and those who own that technology.”

He would elaborate during a CNN Town Hall.

“I am very worried about artificial intelligence and robotics and what it will mean to working people in this country. We need to have a long discussion to make certain that millions of workers are not thrown out on the street because of robotics. Technology is a good thing, but it has to be a good thing for workers and not just the people who own that technology. All right? And the Trump people believe that, as well,” Sanders said.

Other major candidates have sponsored legislation to combat the negative impacts of AI ahead of introducing their presidential campaigns.

Last June, Senator Kirsten Gillibrand, who is still exploring a presidential bid, sponsored legislation to provide financial support to people who lost jobs due to automation.

Shortly thereafter, Harris and a bipartisan group of senators introduced the AI in Government Act to coordinate cooperation among federal agencies, establish an AI advisory council, and expand an office that advises federal agencies on technical matters.

None of the aforementioned pieces of legislation were passed by Congress and enshrined into law, but they send strong signals about the sorts of stances that can be expected during the coming campaign season.

AI was made a topic of discussion early on by Andrew Yang and Rep. John Delaney, candidates who started their campaigns last year with AI as a focal point.

Delaney is the creator of the House AI Caucus — yes, that’s a thing — and left his position as Congressman for Maryland’s 6th District to run for president.

“So our national AI strategy should focus on work, it should focus on national security, because that’s really our threats going forward. It should focus on privacy. Right?” Delaney said during a CNN Town Hall. “And it should also focus on programming bias, meaning the machines that people are coming up with now, these miraculous machines, they’re going to make all the decisions that human beings have historically made. And we’ve had a hard time getting the bias out of our human-based society. I worry it’s going to be programmed into all the machines.”

His comments this week echo op-eds he wrote in Techcrunch and Wired on the subject in roughly the past year.

With the slogan “Humanity First,” Andrew Yang, a former tech entrepreneur, believes the United States is at the start of the “greatest economic transformation in the history of the country.”

Yang understood before other candidates that no matter whether you believe AI will result in a net gain or a net loss of jobs, millions of people will have to consider job relocation as a result of intelligent machines, and they’re going to need help.

Calls for a universal basic income of $1,000 for every adult 18-64 have also attracted attention.

Predicting what happens next in a U.S. presidential race is a dicey game, especially after 2016 when Donald Trump won and even he seemed surprised, but you don’t need a crystal ball or political analyst to spell this out: Whether it’s the AI arms race with adversaries like China and Russia, our national AI strategy or lack thereof, algorithmic bias, the use of facial recognition software by law enforcement, job retraining programs, calls for regulation of big tech, or talk of “dignity of work,” it seems certain AI will be a major issue of presidential campaigns in 2020, particularly on the Democratic side.

What’s much less clear is how sustained attention from politicians in a crowded field of candidates and treatment of artificial intelligence as a populist punching bag will leave us better off than we are now.