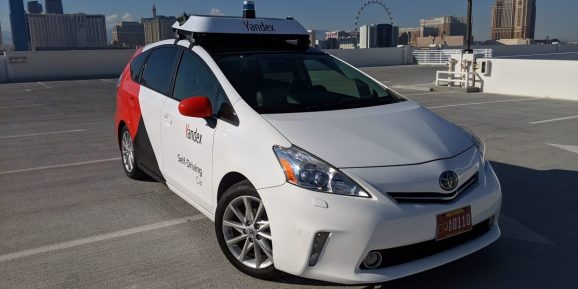 The companies jointly announced today that they’ve inked a memorandum of understanding to architect the control systems for level 4 and level 5 cars, the categories of automation defined by the Society of Automotive Engineers’ (SAE International) as requiring limited to no human intervention.

The first order of business is an autonomous car prototype. Yandex and Hyundai Mobis — an affiliate of Hyundai Motor Group — will build “out-of-the-box” control systems for car manufacturers and taxi fleets alike. Then, the sky’s the limit — the two companies say the partnership might expand into “other areas of cooperation,” such as speech, navigation, and mapping technologies.

“Our self-driving technologies are unique and have already proven their scalability,” said Yandex CEO Arkady Volozh in a statement. “Yandex’s self-driving cars have been successfully driving on the streets of Moscow, Tel Aviv, and Las Vegas, which means that the fleet can be expanded to drive anywhere. It took us just two years to go from the first basic tests to a full-fledged public robotaxi service. Now, thanks to our agreement with Hyundai Mobis, we will be able to move even faster.”

The collaboration is a notable win for Yandex, which first began testing self-driving car prototypes in 2017 and launched a fully autonomous taxi service in mid-2018. As the Moscow company notes, Hyundai Mobis is one of the 10 largest automotive component manufacturers in the world, and Hyundai Motor Group — the parent organization behind recognizable brands like Hyundai, Kia, and Genesis — ranks among the top five car manufacturers by shipment volume.

By then, the autonomous car market will have climbed from a projected $54.33 billion in 2019 to $556.67 billion by 2026, according to Allied Market Research, propelled by verticals such as food delivery and ride-hailing.

Yandex is clearly aiming to get in on the ground floor, but it has competition in Daimler, which in June obtained a permit from the Chinese government allowing it to test self-driving cars powered by Baidu’s Apollo platform on public roads in Beijing. Another competitor is Baidu, which launched self-driving shuttle buses in more than 10 regions across China earlier this year. And these companies are just the tip of the iceberg — startup Optimus Ride last year announced it would build out a level 4 vehicle fleet in the greater Boston area, following news of driverless car company Drive.ai’s expansion into Arlington and Frisco, Texas. Waymo, which has racked up more than 10 million real-world miles in over 25 cities across the U.S. and roughly 7 billion simulated miles, in November 2018 became the first company to obtain a driverless car testing permit from the California Department of Motor Vehicles (DMV).

But Yandex has long claimed it has an advantage because it’s conducting the bulk of its data-testing in Russia — where the drivers tend to be “pushier” and the winters snowier and icier — and it has a rich database of roads derived from its mapping service, which is the largest in Russia.