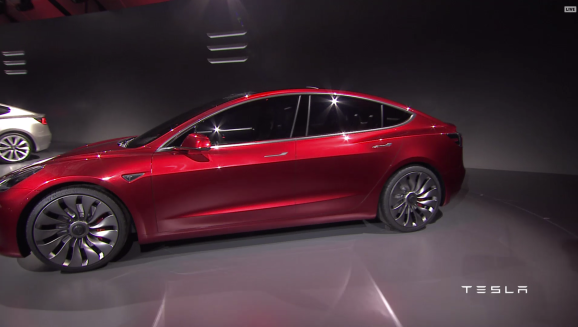 Yesterday was a somewhat mixed day for Tesla, as the electric carmaker announced that Q1 shipments fell 31% on the previous quarter, due in large part to transit delays in getting its Model 3 sedan into Europe and China.

“Because of the lower than expected delivery volumes and several pricing adjustments, we expect Q1 net income to be negatively impacted,” the company said in its investors’ guidance letter.

While some analysts looked on the bright side — “… the Street was expecting an apocalyptic quarter, and Model 3 deliveries were better than feared by many …” — others were more downbeat, noting that deliveries were “substantially worse than expected.” Tesla’s shares ultimately ended up dropping almost 8% in premarket trading.

For its part, Tesla sought to drive attention away from its numbers with a new autonomous driving feature that is rolling out to some of its cars. And it’s also looking to woo Wall Street with a dedicated event to showcase all of its self-driving car technology.

Autopilot has been a staple Tesla offering for several years, serving as an advanced driver assistance system (ADAS) that has progressively enabled more autonomous features for Tesla drivers, including self-parking, the ability to summon a car from a garage, lane-centering, adaptive cruise control, and even a highway lane-changing feature. It is the latter option Tesla is now looking to boost with a software update for its Navigate on Autopilot system, which debuted late last year.

Navigate on Autopilot is similar to other navigation systems insofar as it suggests which lane a driver should move to based on their intended destination — but Tesla’s goes a step further by actually changing lanes autonomously. Until this point, however, the driver has had to manually confirm the suggestion by hitting the turn indicator stalk. Now, via an over-the-air (OTA) software update that’s landing in the U.S. from today, drivers will no longer have to confirm the lane-change suggestion.

While this doesn’t automatically transform Tesla’s wonder machines into fully fledged self-driving cars, it represents a notable milestone along the road to getting fully autonomous vehicles on public roads.

Digging into the details of how this update works also reveals a lot about where we’re at with autonomous driving in terms of legality and liability. Cars that maneuver without human oversight are not currently allowed on roads, and Tesla is keen to ensure that drivers are still responsible for any actions on the roads — that is why it will still require just enough human-led input with this update to avoid regulatory entanglement.

In the Autopilot settings in the dashboard display, drivers can activate Navigate on Autopilot so that it turns on automatically whenever they enter a specific destination. Drivers can also now choose to deactivate “require lane change confirmation.” There will be a lane-change visual prompt on the screen, and drivers can also activate an audible chime to notify them that the car will soon be changing lanes. All Teslas made after August 2017 will also offer an alert that vibrates the steering wheel.

These notifications are designed to attract the driver’s attention so that they can overrule the lane change if needed — to cancel it, they just need to move the car’s turn signal or hit the “cancel” pop-up message on the display. Crucially, the lane changes will still only happen while a driver’s hands are on the wheel — they can’t enjoy a backseat nap.

In effect, the main change is this: Drivers previously had to manually confirm a lane-change when Navigate on Autopilot was enabled. Now they can configure things so that they manually confirm when not to change lanes. From a legal perspective, Tesla affords drivers just enough control to retain liability — which it is quick to remind people.

“Each of these notifications [is] meant to provide drivers with the opportunity to check their surroundings and determine whether they want to cancel the lane change before it’s made,” Tesla said. “This feature does not make a car autonomous, and lane changes will only be made when a driver’s hands are detected on the wheel. As has always been the case, until truly driverless cars are validated and approved by regulators, drivers are responsible for and must remain in control of their car at all times.”

On the surface, automatic lane-changing is just a small step toward getting genuine self-driving cars on roads, though we were always going to see small, incremental steps rather than one giant leap from manual to full autonomy. But the timing of yesterday’s announcement — juxtaposed against the news surrounding Tesla’s Q1 numbers — is particularly notable.

Tesla revealed that it’s also hosting a separate investors day on April 19 at its Palo Alto headquarters, where it plans to showcase all its existing and in-progress autonomous vehicle technology.

“Tesla is making significant progress in the development of its autonomous driving software and hardware, including our FSD (full self-driving) computer, which is currently in production and which will enable full-self driving via future over-the-air software updates,” the company said in a press release, before adding that it has a number of “very exciting developments” coming up.

Investors will also be invited to test-drive Tesla cars in Autopilot mode, “including features and functionality that are under active development,” Tesla added.

With countless players doubling down on their efforts to power the burgeoning autonomous car revolution, including Alphabet’s Waymo, Tesla is going all out to show Wall Street, and its existing customers, how advanced its self-driving smarts are. At the same time, the company is reminding everyone that it’s building for the future — so patience is required.