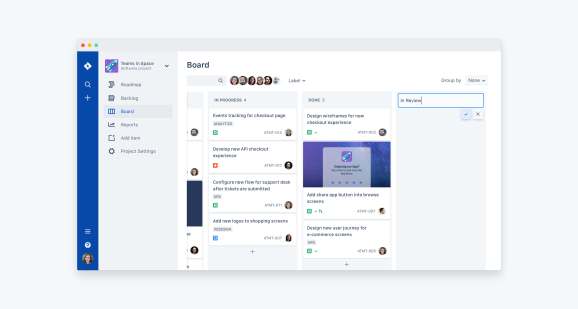 This week marks the start of Atlassian’s Summit Las Vegas, where 4,000 people are expected to attend sessions hosted by the Australian company’s customers, partners, engineers, and executives. To kick things off, Atlassian stuck with tradition in revealing new features for products across its portfolio, including integrations in OpsGenie, revamped organizational tools in Confluence, and performance improvements in Atlassian Data Center. It also took the opportunity to announce that it’s acquiring Good Software, the developer behind Confluence’s most popular analytics tool set.

“We’re excited to help you see what’s possible for your team with Atlassian, and are unveiling new features and updates to help you get the most value out of our products and services,” CEO and cofounder Mike Cannon-Brookes wrote in a blog post. “This includes new incident management capabilities and integrations across the Atlassian platform, new ways to create and share content with your team, and significant performance and infrastructure enhancements to our self-managed enterprise offering.”

First on the list: OpsGenie improvements. Following its $295 million acquisition of the incident management platform late last year, Atlassian has worked to tie it more tightly in with its cloud platform, in part through a bidirectional integration with Jira Software for ticket creation and a new user interface that’s designed to move between OpsGenie and Jira Software, Bitbucket, and Jira Service Desk.

In addition, there’s a reworked incident timeline to help track response activities and key events, along with postmortems that collate root causes and remediation work. Also on tap are OpsGenie Actions, which automatically trigger tasks on third-party platforms like Amazon Web Services from the OpsGenie console or mobile app, and a service integration with Statuspage that indicates the status of third-party apps and optionally triggers alerts if one of them goes down. A new Slack tie-in with OpsGenie’s Incident Command Center surfaces chat conversations directly within OpsGenie, and an Edge Encryption setting encrypts internal data with private keys.

As for Confluence, Atlassian says it’s added more than 15 new features, including slash commands for images, emojis, and more, plus new smart links and templates. And it says that search and navigation flows have been improved, as have people and team profile views.

More broadly, Atlassian says it’s doubled its Amazon Web Services regions around the world with new nodes in Sydney, Singapore, and Frankfurt, and says it’s opening an early access program for select customers up to 10,000 users. Additionally, it’s rolling out encryption at rest for Atlassian Cloud customers, and rebadging AgileCraft — which it recently acquired — as Jira Align.

The announcements come roughly a month after Atlassian rolled out new Trello Enterprise plans that limited teams on free tier to 10 boards and introduced automations and admin controls.