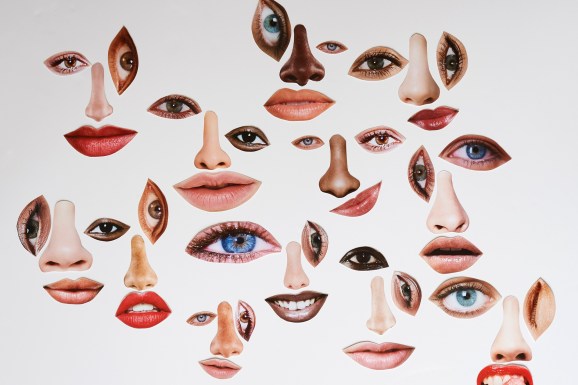 This example is not uncommon in today’s enterprise IT world. And as of now there isn’t one clear solution, but that is not to say there isn’t one coming. While multicloud is a growing trend, we could eventually see services beyond multicloud that better meet the needs of end users. Some elements of these services are already starting to appear in limited practice today, but we can expect to see full solutions emerge as the next logical step in cloud evolution as more and more enterprises run into multicloud challenges.

The attraction of ‘multicloud’

Organizations frequently agonize over the decision of which major public cloud provider to choose. While cost is certainly a factor in these decisions, most IT decision-makers are also looking at a provider’s overall security footprint, how easy it is to move existing applications to the cloud and, perhaps most interestingly, what services, such as analytics or application development, are offered beyond standard scale-out compute and storage.

And what we’ve been seeing over the past few years is a move towards choosing multiple providers rather than just one, with different groups in an enterprise matching different providers to their needs — or as the result of a merger or acquisition.

Over the past few years, multicloud has grown in both importance and adoption among enterprise IT and is widely considered to be the future of cloud computing. According to Gartner, “By 2020, 75 percent of organizations will have deployed a multicloud or hybrid cloud model.” And according to an IDC study from last May, over half of public cloud infrastructure-as-a-service (IaaS) users have multiple IaaS providers.

Early examples of mix and match already exist in the market: IBM announcing the availability of Watson “everywhere”, VMWare on AWS offering a familiar VMWare platform within the AWS platform, and Amazon RDS for SQL Server bringing a managed Microsoft service to the AWS cloud. In all cases, customers are able to use familiar services where their data or applications already reside independent of the originating provider.

For the most part, today’s large enterprises pick one or two public cloud providers to run on based on what they think is the best option for a specific project or because of a long history with that provider. As applications start developing on more than one public cloud, however, organizations need to commingle the information so that it can be used by both clouds. As of now, this is being done primarily by end users in a renegade fashion, using multiple cloud services on the same data or applications, as the service is not authorized (or offered) to be run on another cloud. Mix and match cloud will potentially change this dynamic.

Many public cloud providers are working on new services around AI, serverless capabilities, or data analytics — areas where customers are trying to innovate. Mix and match cloud would enable organizations to take advantage of new innovations as soon as they are offered regardless of the provider.

It might seem like there is nothing in this for the providers. Sure, public cloud providers would rather customers run on their IaaS and use their services from top to bottom, but if they have a great service, they’d rather have more users regardless. This is a similar scenario to when independent software vendors (ISV) needed to decide to support multiple UNIX platforms, Microsoft Windows, and one or more Linux platforms. If an ISV believed there was a market opportunity to sell their offering into that operating system platform’s installed base, then the ISV would support it. IBM owned several operating systems, but it also supported Linux and Windows server operating systems with its software applications. Cloud provider services are likely to evolve in a similar way.

Another dynamic is that the major public cloud providers currently have on-premises offerings or have them in the works. While some initially may have wanted everything to go in the public cloud, pure public cloud enterprise IT deployments remain fairly rare. Not every organization can go all-in on public cloud at once, so offering an on-premises option provides an on-ramp for those that are migrating certain applications or workloads. And if you are a cloud provider already willing to have your services run on-premises on VMWare or on Red Hat Enterprise Linux on bare metal or containerized on Red Hat’s OpenShift platform, it is not a stretch for the next target to be running services on AWS, Azure, or Google Cloud. It seems like the natural progression to expand a user base and offer customers more options.

This trend was validated this week when Google announced an offering called Anthos, which will be offered on Google Cloud, on-premise, and on AWS or Azure clouds.

As we see this trend starting to take shape, logic would dictate that mix and match services appear first on Azure and AWS, given that they are the market share leaders. By offering their services on Azure or AWS, competitors can entice customers to use their services even when they’ve already committed to AWS or Azure from an infrastructure standpoint.

As the major public cloud providers continue to stabilize their hybrid solutions and on-premises offerings, the next step is determining where else their services can be run. We’re seeing customers already trying to jerry-rig this into reality, but by making it an official offering providers can gain a new market segment that was previously untouchable.

As this comes to fruition, we’ll see a new wave of companies begin to standardize on a “service” as opposed to a cloud, while maintaining flexibility of platform.