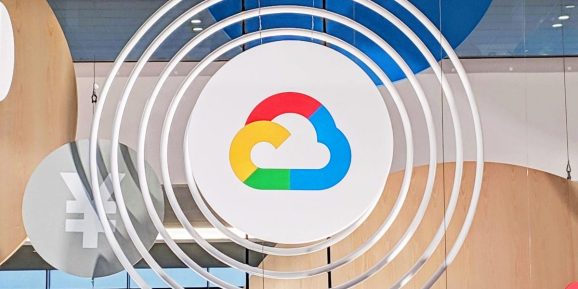 “If I’m running a small business or startup that is depending on the cloud provider’s technology, if I go with Google I can actually sell to customers the ability to run their models on premise, or on GCP, or other clouds, so this huge flexibility helps,” Moore told VentureBeat in a conversation with reporters Thursday.

Google Cloud got a lot more flexible this week with the introduction of Anthos, a hybrid cloud management system that connects with AWS and Azure. Moore, who became head of AI at Google Cloud in late 2018, also called BigQuery and Google’s Bigtable products important differentiators.

In an increasingly competitive cloud market, Google made its pitch to the world by releasing dozens of new products and services at the Next conference in San Francisco this week.

Products introduced include new classes for AutoML, a collection of premade Retail and Contact Center AI services, and AI Platform, a collaborative model-making tool. Developers with little coding experience can use AutoML, while AI Platform is for data scientists — part of Google’s attempt to deliver AI tools for creators across a spectrum of experiences.

“Spreadsheets are a key tool for business analysts to generate value from data, and that connection makes it far easier for them to work on large volumes of information while using tools they are already comfortable with,” he said.

BigQuery ML and AutoML Tables to draw insights from tabular data were also introduced this week.

“With AutoML, we can also extend that platform to a much wider range of people, so you don’t necessarily have to be a data scientist who understands how to use a notebook. You can go all the way to the other end toward the developer and then connect the developer with a data scientist. I think that’s a key distinction for Google,” Sheth said.

“AI capabilities are a key reason enterprises consider adopting Google Cloud, so it is important for the tech giant to retain a strong position as it works to attract new businesses,” he said.

Moor Insights analyst Patrick Moorhead agreed that BigQuery ML developments at Cloud Next were noteworthy, but he said that AI services are a decreasing distinction between Google and other public clouds.

He added that Anthos could be the most important new product Google announced this week.

“Anthos was definitely the most impressive of the announcements, to me, fundamentally, because the market leaders out there aren’t really talking too much about multi-cloud,” Moorhead told VentureBeat in a phone interview.

He did note that there are still a number of unanswered questions about Anthos, since clouds have different compute and storage instances and different security models.

“The notion of doing it easily and arbitrating between three different public clouds, it just seems more complex than what was shown,” he said.

Another potential drawback for Anthos could be that it only works with Kubernetes containers, a format that may exclude the majority of on-premise workloads.

Though Google has made open source projects — like TensorFlow and Kubernetes — that have become important for many AI developers, this has not translated into cloud market share. In fact, competition between major cloud providers has led to each offering similar AI services.

From Google’s TPUs to Microsoft’s FPGAs and AWS Inferentia, each company offers hardware to accelerate AI inference and training. Each of them has services for pulling unstructured data from documents, AI services for recommendations, vision, and voice.

“I think what we’re going to be entering is a phase of benchmarking,” he said, adding that people generally hate benchmarking, but it is becoming necessary now that so many service are similar.

Moorhead said he believes the Next conference showed that Google Cloud’s new CEO, Thomas Kurian, has chosen not to focus on nuts and bolts conversations or on trying to win over potential clients with claims of superior tech.

“I think that Google Cloud is trying to win today by saying ‘You’re going to have a better experience on our cloud. It’s going to be easier’, as opposed to ‘We have the best tech’,” Moorhead said.