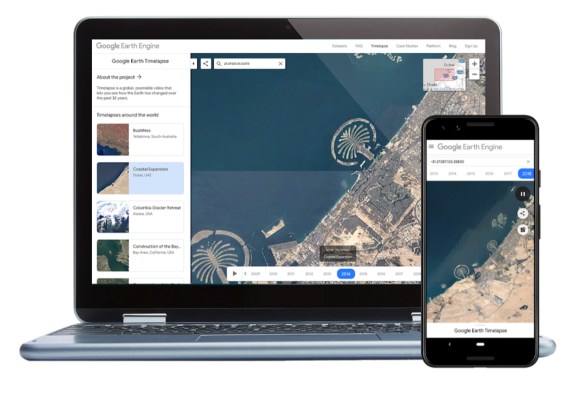 Google has announced a handful of updates to the Google Earth Timelapse tool — including its long-overdue arrival on mobile phones.

By way of a quick recap, Google announced a partnership with the U.S. Geological Survey (USGS), NASA, and TIME back in 2013 to show satellite imagery of Earth’s changes over a nearly 30-year period. Some examples include Alaskan glaciers melting, the destruction of the Amazon Rainforest, and evolving urban growth in cities like Las Vegas.

In 2016, Google announced an update to Timelapse that included an expanded time frame, clearer pictures, and more imagery. But Google Earth Timelapse was still only available on desktop — from today it will be landing on smartphones and tablets.

Massive floods, mega droughts, famine, economic collapse, and death for just about all life on Earth is the doomsday scenario now proffered by many climate change scientists.

With the Extinction Rebellion socio-political movement gaining steam and a growing awareness of our planet’s plight, tools such as Timelapse are useful for demonstrating how the Earth has changed over the past 35 years — after all, seeing is believing. And given that millions of people exclusively use smartphones to access the internet in 2019, the tool’s arrival on phones and tables is notable.

This functionality, according to Google, has become possible because the major mobile browsers now enable support for autoplaying videos — Timelapse uses millions of overlapping videos to show the Earth’s evolution over time.

“Up until recently, mobile browsers disabled the ability to autoplay videos, which is critical for Timelapse,” noted Chris Herwig, geo data engineer at Google Earth Outreach, in a blog post. “Chrome and Firefox reinstated support for autoplay (with sound muted), so we’ve added mobile support with this latest update.”

Above: How Australia has changed: Timelapse

Other features added to Timelapse today include two more years’ worth of imagery data (reaching up to 2018) and a new toggle feature that lets users easily switch to Google Maps to navigate the map, among other “visual upgrades” based around Google’s Material Design principles.

“The design of the new Timelapse interface leverages Material Design with simple, clean lines and clear focal areas, so you can easily navigate the immense data set,” Herwig added.