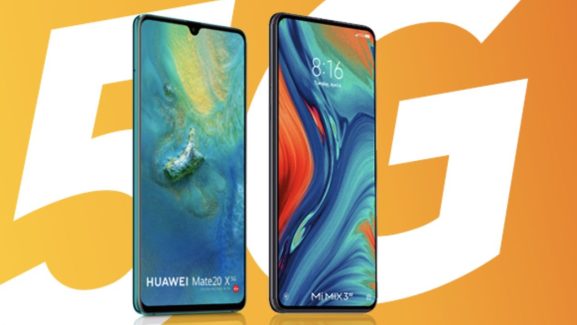 Two Swiss carriers have been jockeying to become Europe’s first with commercial 5G service, and marketing aside, the race appears to be over — thanks largely to smartphone maker Oppo. Though both carriers are now operating live 5G networks in Switzerland, only one actually has a 5G phone available to purchase in stores, and that’s Swisscom’s offering of the Oppo Reno 5G.

Last month, Swisscom promised that it would be the first European carrier with commercial 5G service, though rival carrier Sunrise positioned itself as both close behind and larger in scope, starting with Huawei-made 5G home broadband modems for 150 Swiss towns and cities. Mobile hardware turned out to be the holdup for both carriers: Each was waiting on initial deliveries of smartphones from Chinese OEMs.

On May 1, Swisscom commenced actual sales of the Reno 5G phone, notably in a single capacity (256GB) and one color (green) for the U.S. equivalent of $1,000, purchasable outright or on a 12- to 24-month payment schedule. Today, Sunrise quickly followed up by offering a green 256GB Huawei Mate 20 X 5G for roughly the same price and a black 128GB Xiaomi Mi Mix 3 for around $830, but both appear to be available solely for preorders. Twitter user Christoph Mäder notes that Sunrise stores are claiming a late May date for actual availability of the Xiaomi device.

I am very disappointed. According to Sunrise shop in Bern the Xiaomi 5G device is only on presales and becomes only available in late May, whereas @Swisscom_de is selling the Oppo device. @Sunrise_de when are you really selling 5G devices?

By the end of May, early adopters of Swiss 5G services should have two viable network choices. Swisscom is using 3.5GHz spectrum to deliver up to 2Gbps speeds for a $10 premium over basic 100Mbps speeds, and covering over 100 initial cities; it promises nationwide coverage by the end of 2019. Sunrise similarly says it will offer up to 2Gbps speeds and imperceptible latency over its 3.5GHz and 700MHz 5G networks, but touts Switzerland’s widest 5G rollout, with 173 cities and villages at least partially covered as of today. Once Sunrise’s 5G phones are actually available, users will be able to compare the networks’ real world performance to see which, if either, is superior.

Due to Switzerland’s size and population, achieving “nationwide” 5G coverage is significantly easier than in countries that previously launched 5G services, including the United States and South Korea. Switzerland is around 1/200 the size of the U.S. and has roughly 1/36th the population; it’s half the size and has one-sixth the population of South Korea. Early 5G customers in the U.S. and South Korea have complained about inconsistent speeds and uneven connectivity.