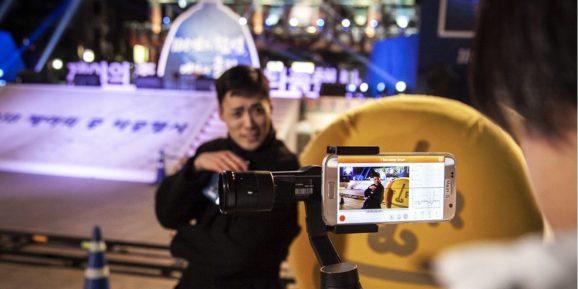 After simultaneously launching commercial 5G services in early April, three South Korean carriers have collectively signed up 260,000 subscribers — a solid start for the next-generation cellular technology. The key metric of 5G adoption was shared by South Korea’s Ministry of Science and ICT (via Yonhap), which scheduled and coordinated the carriers’ launches in an effort to make South Korea the world’s first 5G country.

South Korea’s haste to commercialize 5G services and devices has led to speed bumps for early adopters, who have complained about inconsistent service and issues with the country’s first 5G smartphone: Samsung’s Galaxy S10 5G. But carriers have moved quickly to respond to those early concerns, if not fully resolve them, and have offered aggressive promotions to lure new customers to the high-speed wireless technology.

“Many of the initial complaints raised by consumers are being addressed,” said the Ministry of Science and ICT, “but with more people using the system, other problems are expected to come to light that will require fixing.”

Commencing 5G service is one thing, but having enough base stations and devices to satisfy a large population is another — the scalability challenge facing U.S. carriers with over 328 million residents to serve. South Korea’s population of roughly 51.3 million is less than one-sixth that of the United States and is spread across an area 99 times smaller. By contrast, Swiss carrier Swisscom recently announced that it would be Europe’s first to commence nearly comprehensive 5G services, albeit with half of South Korea’s geographic area and one-sixth its population to cover.

As of this week, South Korean carriers have over 54,200 5G base stations online, a 7% increase from week before, and have committed to rapidly and transparently expanding their network coverage with online maps. For the time being, the country has focused on major cities and other large population centers, but the network buildouts are expected to spread further over the next two years.

Prior to today, reports suggested that South Korea has struggled with quality issues related to Nokia 5G base stations, which were apparently months late in arriving and said to offer weaker performance than competing options. “As a result,” BusinessKorea reported last month, “areas where Nokia equipment is installed are scratched off from 5G coverage maps” and carriers are instead awaiting additional hardware deliveries from Samsung and others.