More than two-thirds of the global workforce operate remotely at least one day a week, according to a study carried out last year by Switzerland-based serviced office provider IWG, while around half of the U.S. workforce specifically could be remote by 2020 — up from 39% in 2012.

There are a number of benefits to operating a so-called “distributed workforce.” It gives the worker more flexibility over where they work, improves work-life balance, reduces the carbon footprint (less travel), and saves money — less overhead for the business, and fewer dollars spent on transport and Starbucks for the employee.

But there is another reason why businesses are embracing remote working: It gives them access to a much wider talent pool.

Stripe, the payments processing behemoth most recently valued at $23 billion, announced yesterday that it was adding a fifth engineering hub to its repertoire. But converse to its existing bases in San Francisco, Seattle, Dublin, and Singapore, the new “office” is of no fixed abode — it will be entirely remote. 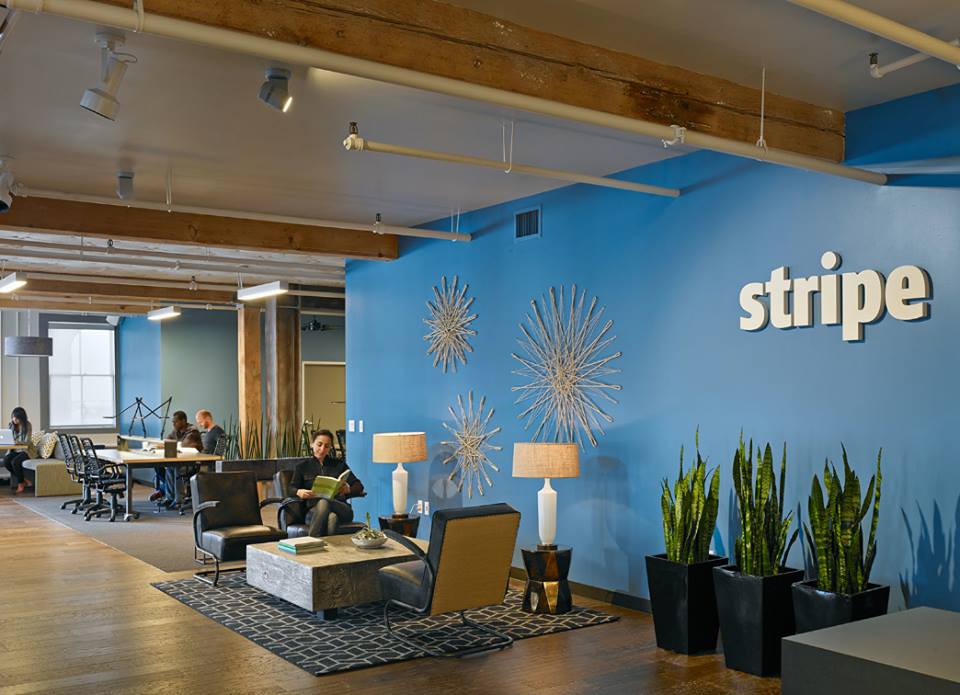 “We are doing this to situate product development closer to our customers, improve our ability to tap the 99.74% of talented engineers living outside the metro areas of our first four hubs, and further our mission of increasing the GDP of the internet,” said Stripe chief technology officer (CTO) David Singleton.

It’s worth noting here that Stripe has had remote workers since its beginnings nearly a decade ago. However, they were still embedded into a structure that was tied to physical bases — so they would report to a manager or team based in a brick-and-mortar office.

“We had a strong preference for managers to be located in-office and for teams to be office-centric, to maximize face-to-face bandwidth when doing creative work,” Singleton added.

With its new floating hub, Stripe is “formalizing” its new remote working setup, elevating it to a position that is on an equal footing to its engineering centers in the U.S., Europe, and Asia. This means that some engineering teams will exist entirely within the remote hub, and they may report to a remote engineering lead. The company said that it plans to hire more than one hundred remote engineers in 2019.

This isn’t to say that the onboarding process will be just as smooth as in a physical hub, however. Singleton notes that the company expects some constraints in terms of the speed at which it can hire and train remote workers. “We will work to increase that [support] capacity,” he said.

Moreover, the remote hub will initially be focused on North America due to time-zone factors — it’s easier for people to collaborate when they are working roughly the same hours. The company did say that it plans to expand the initiative to cover Europe and Asia, as soon as it has the structure in place to support it. “Our hubs in Dublin and Singapore are not sufficiently established to support remotes just yet,” Singleton added.

While there may be some obstacles remaining to globally distributed remote working, you can bet your bootlaces we’ll continue to see other companies emulate Stripe — and others who have embraced the ethos.

There are two core reasons reasons why remote working is on the rise, and the first one is necessity.

A number of studies in recent years have suggested that a global workforce crisis is looming, with an imbalance of labor shortages and surpluses meaning that there will be too many of a certain kind of worker in one place and not enough in another. “An equilibrium in supply and demand is rapidly becoming the exception, not the norm,” Boston Consulting Group (BCG) said in a 2014 report. “Between 2020 and 2030, we project significant worldwide labor-force imbalances — shortfalls, in particular.”

Of course, not all jobs can be carried out remotely — an electrician can’t rewire someone’s home over the internet. But many jobs can, from customer service and technical support, to project management and, as we’ve seen, software engineering.

This leads us to the second reason why remote working will only grow. 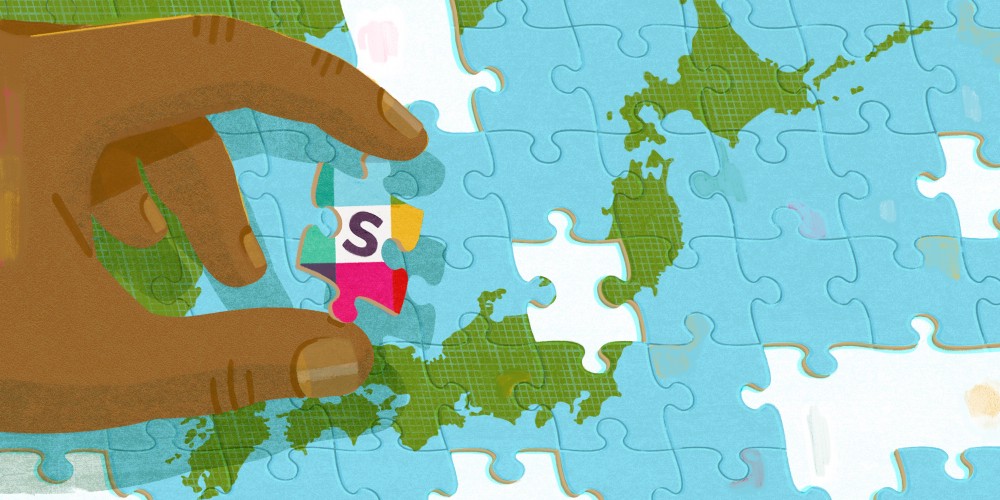 In the early days of the internet, sending a document over email, then having a telephone call to discuss the details, really wasn’t the same as being in a room with multiple team members all looking at the same slides and screens. But the rise of collaborative, real-time software-as-a-service (SaaS) and low-latency cloud computing has changed the landscape. Tools such as task-management app Asana, which is now valued at $1.5 billion; team communication software Slack, which could be valued at around $10 billion as it readies its IPO; and video communication platform Zoom, which has been valued at up to $20 billion in the wake of its recent IPO, are what is helping to power this work-from-anywhere revolution.

“There was a time when writing on a whiteboard had substantially higher bandwidth than a Word doc over email,” Singleton added. “Thankfully Google Docs, Slack, git, Zoom, and the like deliver high-bandwidth synchronous collaboration on creative work. The experience of using them is so remarkably good that we only notice it when something is broken. Since you write code via pull requests (PR) and not whiteboards, your reviewer needs to have access to the same PR; having access to the same whiteboard is strictly optional.”

As a side point here, we’re seeing this expand into the education realm too. Coursera recently raised a whopping $103 million round for its highly scalable online education platform, while Examity raised $90 million for a complementary technology that helps universities and employers conduct remote exams safe in the knowledge that the student isn’t cheating.

Elsewhere in the enterprise, mobile device management (MDM) technology has become increasingly popular as a way for companies to administer and maintain control over their workers’ devices remotely, including phones, tablets, and laptops.

Stripe is far from the first business to embrace remote working as a core company principle. Around two-thirds of employees at GitHub — now owned by Microsoft — work remotely, while three-quarters of Canonical work wherever they please. WordPress.com developer Automattic is also big on remote working, claiming 850 employees across 68 countries. In fact, Automattic recently announced that it was opening up tools that it had created for its own internal use to companies with a remote or globally distributed workforce. Costing $5 per user each month, Happy Tools launched initially with a calendar-based time management app called Happy Schedule, but will add new tools to the mix later in the year. 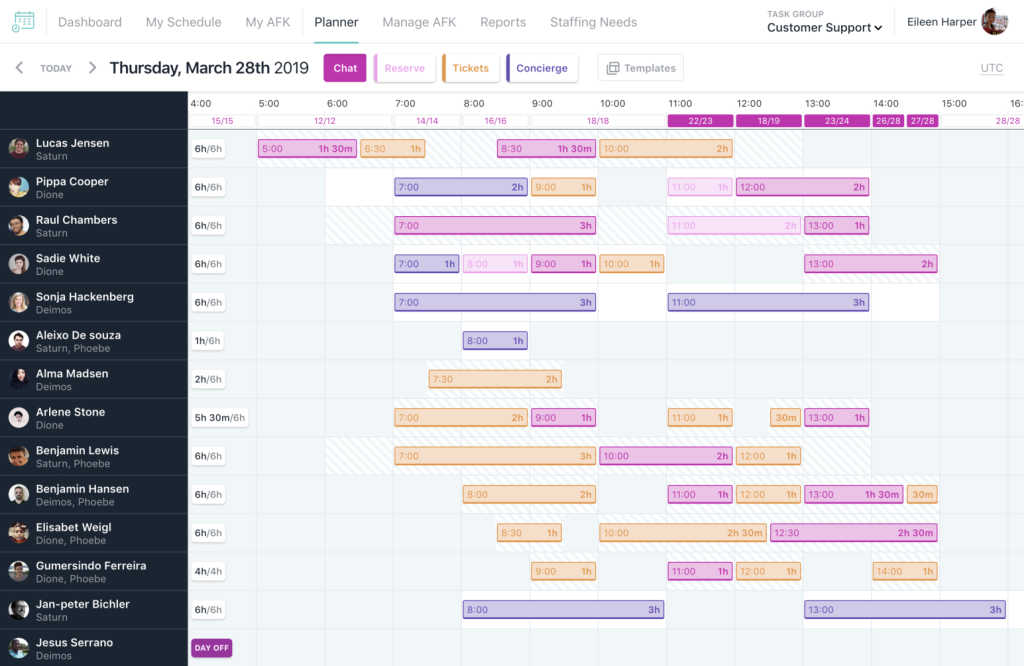 While Stripe’s move to support remote working with a purpose-built company structure is notable, it’s really part of a growing movement we’ve seen over the past decade. Trudging 60 minutes to work through underground stations and packed buses isn’t always necessary — and in truth, it’s not always the most productive use of someone’s time.

“While we did not initially plan to make hiring remotes a huge part of our engineering efforts, our remote employees have outperformed all expectations,” Singleton said. “Foundational elements of the Stripe technology stack, our products, our business, and our culture were contributed by remotes. We would be a greatly diminished company without them.”