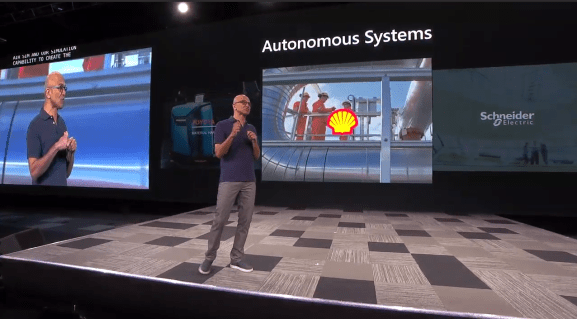 The announcement, which took place at the Build developer conference in Seattle, follows Microsoft’s declaration last week that machine teaching — the ability to endow AI with attributes from human professionals without code — as the next major frontier in AI.

“I think AI has to break away from being something that only AI experts can work on; otherwise the application of the AI and its impact on the world is going to be very limited. I think we have to get to the place where it’s not that 10,000 AI experts in the world are the only ones who can actually apply AI in different scenarios across many vertical domains,” Microsoft VP for Business AI Gurdeep Pall told VentureBeat in a phone interview last week.

The platform is initially being used to do things like make a snakelike search-and-rescue robot for the robotics company Sarcos and autonomous forklifts for Toyota. The platform will rely on existing services such as Microsoft’s Azure IoT, reinforcement learning, AirSim to simulate actions, ROS, and tech from Bonsai, an enterprise AI startup acquired by Microsoft last year.

“Microsoft’s vision is to help other types of companies — from smart building and energy companies to industrial manufacturers — achieve these incremental steps towards autonomy in their own industries,” the company said in a blog post today.