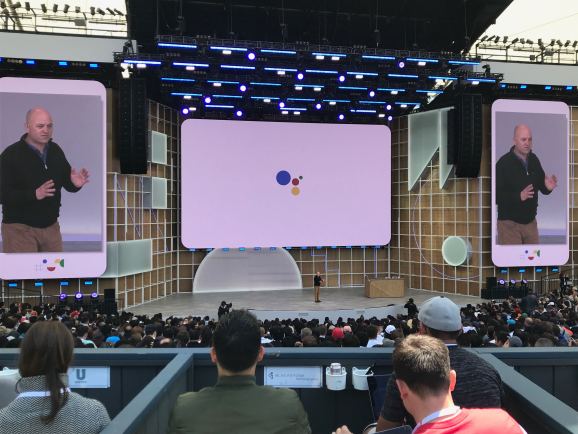 Google today introduced several changes for its Actions on Google platform for the creation of voice apps, including the ability to tie an action to “how to” questions and easier ways to connect with Android apps.

Today App Actions and built-in intents are launching for Android apps in the Health & Fitness, Finance and Banking, Ridesharing, and Food Ordering categories in developer preview.

This allows a user to, for example, say “Hey Google, start my run in Nike Run Club” to open the app in the right place.

Similar in function to Apple’s Siri Shortcuts in iOS 12, each App Action creates an XML file to handle mapping of intents between the Actions on Google platform and an Android app.

The How-to markup language was also introduced today to make voice apps capable of responding to common “how to” questions by Assistant users, such as “How do I slice an onion?” or “How do I tie a tie?” The markup language can supply titles, text, and timestamps to Google so questions can be answered with text, images, and video, and instructional video can be shared in Google search results.

This follows the October 2018 beta of Amazon’s Alexa Presentation Language (APL), a way to make voice-visual experiences with Fire tablets and the Echo Show smart display, as well as devices from Sony and Lenovo and Facebook’s Portal. More APL features will be integrated into Facebook’s Portal in the coming weeks.

Nearly half of all interactions with Google Assistant currently include a combination of voice and touch, Google assistant VP Scott Huffman said last year, a statistic expected to increase as smart displays grow in popularity.

Google Assistant is now able to connect with 30,000 smart home devices across 3,500 brands.