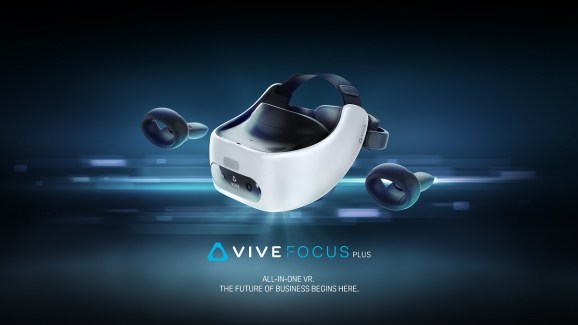 It’s the start of a new month so you know what that means; the latest Steam Hardware Survey is in. May’s results seem to largely continue a trend started in April.

Once again the gap between the Oculus Rift and the HTC Vive family of headsets has decreased. In fact the difference is quite dramatic this month; Rift equated to 45.62% of overall VR usage on Steam. Vive and Vive Pro, meanwhile, total 42.59% of the share. That’s a difference of just 3.03%, less than half of last month’s 6.55% difference. 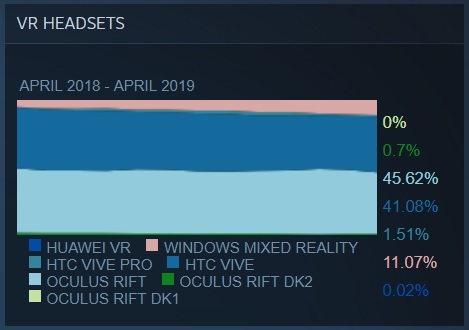 It looks like Oculus may have handed HTC this month’s results on a silver platter. Back in March Oculus started winding down Rift sales in preparation of the launch of the Rift S later in May. It was practically impossible to buy a new Rift online over the course of April. The difference has really allowed HTC to catch up.

It’s also helped Microsoft’s Windows VR headsets bump up from 10.57% last month to 11.07% this month. Note, of course, that these results are based on an optional survey. They aren’t a definitive means of tracking VR headset sales. Given that neither HTC not Oculus has divulged official information, though, it’s the best we have.

Next month’s results should be when we start seeing some real differences in these charts, though. Rift S is due to launch on May 21, though we don’t know if Valve will start showing its usage straight away. Later in June Valve’s own Index headset will start arriving to mix things up too. And it’s entirely possible that HP’s new Windows VR headset, Reverb, moves the scales a bit.