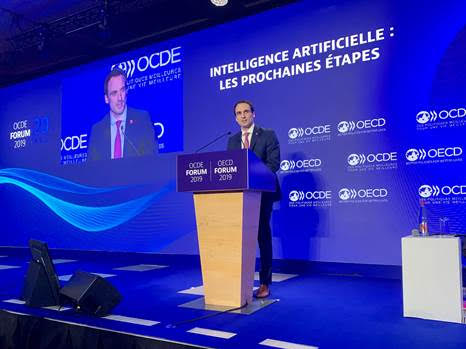 Organization for Economic Co-operation and Development (OECD) member nations today voted to adopt artificial intelligence principles and recommendations for governments around the world, including the need for AI systems that respect and safeguard the rule of law, human rights, democratic values, and diversity. Transparency — so that people understand when an AI system is being used for predictions or decision making — is also needed, according to the list of principles.

Recommendations for member nations include investment to spur the development of innovative AI, multinational cooperation to advance “responsible stewardship of trustworthy AI,” and “support workers for a fair transition,” a nod to the major disruption AI is expected to have on employment.

Argentina, Brazil, Colombia, Costa Rica, Peru and Romania also signed the AI principles and recommendations. Talk between countries and experts from around the world to create the recommendations have been in the works for months now.

Speaking on behalf of the United States, Michael Kratsios, deputy assistant to President Trump for technology policy, warned against regulation that stifles innovation in remarks delivered at the meeting that took place in Paris this week.

“We must ensure our scientists, researchers, and technologists have the freedom to do what they do best — innovate, create, and push the bounds of our technological capabilities. Government should only serve to enable our brightest minds, not weigh them down,” he said. “At the same time, we recognize that with any new technological tool comes both opportunities and challenges. But we firmly believe that a rush to impose onerous and duplicative regulations will only cede our competitive edge to authoritarian governments who do not share our same values.”

U.S. Senators proposed legislation Tuesday to create a national office to coordinate AI initiatives across federal agencies and devote additional funding to R&D, one of multiple pieces of legislation proposed in recent months to regulate AI. A number of state and local governments are also considering bans or moratoriums on use of facial recognition software like the ban San Francisco lawmakers approved last week.
The recommendations may seem like common sense, and they aren’t legally binding, but the principles represent one of the first efforts to create common AI standards among democratic governments around the world.

The OECD was created in 1960 and is made up of 36 democratic nation-states in the North America, Europe, and Asia.

More on the subject of multinational AI standards may be on the way next week as the World Economic Forum will convene its Global AI Council and the United Nations will host its annual Global AI for Good Summit. Both events will be held in Geneva, Switzerland.