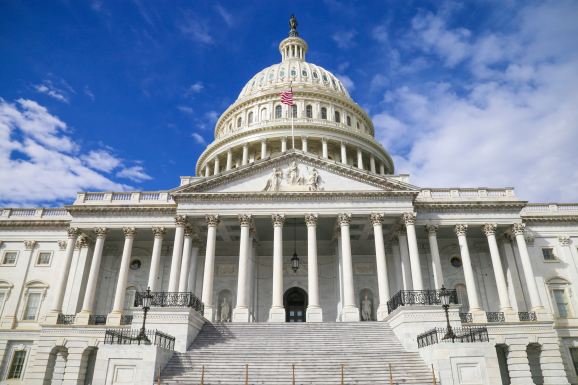 The $2.2 billion would be doled out over the course of the next 5 years to federal agencies like the Department of Energy, Department of Commerce’s National Institute of Standards and Technology (NIST), and others.

The legislation would establish a National AI Coordination Office to lead federal AI efforts, require the National Science Foundation (NSF) to study the effects of AI on society and education, and allocate $40 million a year to NIST to create AI evaluation standards.

The bill would also include $20 million a year from 2020-2024 to fund the creation of 5 multidisciplinary AI research centers, with one focused solely on K-12 education.

Plans to open national AI centers in the bill closely resembles plans from the 20-year AI research program proposed by the Computing Consortium.

Portman and Heinrich established the Senate Artificial Intelligence Caucus in March, following the creation of a House AI Caucus in 2017.

President Trump signed an executive order in February to support a federal AI strategy, but Heinrich said more is needed.

“I give the administration credit for putting some real thought into AI, however, their efforts have not been as coordinated across government agencies as we’d like, and so we set up a structure to make sure that that’s occurring,” he said.

Heinrich believes the United States government can’t compete with the size of investments by nations like China, which plans to become the worldwide AI leader by 2030. Roughly 30 nations around the world have made national AI strategies.

“I think it is probably not reasonable to think that we’re going to match them on a dollar for dollar basis. Where we can exceed the Chinese is in innovation and having the sort of environment that facilitates both innovation and respect for ethical conduct,” he said. “If we can nurture that environment, we’ll be able to out compete the Chinese over the long run, because the best and brightest will want to do this sort of work here as opposed to the pretty toxic environment that exists in China right now.”

On the other side of the U.S. Congress, on Wednesday the House Oversight and Reform Committee will discuss the impact of facial recognition software with MIT Media Lab’s Joy Buolamwini, whose research found Amazon’s Rekognition lacking in its ability to recognize women with dark skin.

Georgetown University’s Clare Garvie is also scheduled to testify. The researcher has tracked police use of facial recognition software and is now calling for a national moratorium on police use until regulation can be put in place.

Amazon shareholders are also scheduled to vote Wednesday on whether its Rekognition facial recognition software should be put on hold until a civil rights review can take place.

Legislation to mandate rules for AI is also a subject that’s attracted Democratic 2020 presidential candidates. Senator Kamala Harris (D-CA), together with Portman and two other Democratic senators, reintroduced the AI in Government Act. And Senator Cory Booker, with others, introduced the Algorithmic Accountability Act to assess bias and privacy in algorithms and require federal oversight by the Federal Trade Commission.

In March, shortly after IBM was criticized for using Creative Commons without consent to train its facial recognition software, Senators Brian Schatz (D-HI) and Roy Blunt (R-MO) proposed the Commercial Facial Recognition Privacy Act of 2019 to limit use by private businesses.

In other recent federal government AI initiatives, on Monday the U.S. Air Force created a $15 million initiative with MIT researchers, staff, and students. NIST is seeking public comment on AI standardization efforts until May 30,as mandated by a February Trump executive order to create a federal engagement plan to create technical standards related to the development of “reliable, robust, and trustworthy systems.” The United States Department of Defense is looking for help to develop AI ethics guidelines.