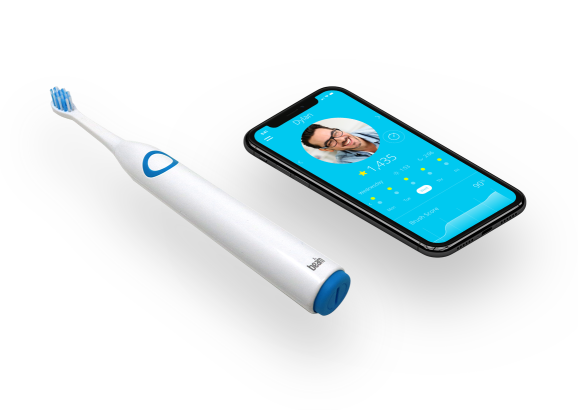 The Beam Brush and companion app.

When was your last dental checkup? According to the Centers for Disease Control and Prevention, more than a third of U.S. adults haven’t sat in a dentist’s chair within the past 12 months. About 40% of them attribute this avoidance to cost, and that’s not shocking — it’s estimated that 23% of Americans, or about 74 million people, lack dental coverage.

Beam today announced that it’s secured $55 million in venture capital from Georgian Partners, with participation from existing investor Drive Capital. The fresh funds bring the company’s total raised to around $90 million, according to Crunchbase, and CEO Frommeyer says the money will be used to develop new products, grow Beam’s workforce to over 200 employees, and expand its dental plans to reach over 90% of the U.S. population by the end of this year.

“At Beam, we believe that we offer the best experience for employers and their dental care needs. We’re excited to join the Georgian portfolio, which will be integral to us delivering on our mission and continuing our trajectory,” he said. “[We hope to] change the expectations of SMBs all over the country when it comes to accessing affordable dental care with best in class service and support.”

In the 27 states where Beam’s plans are available, the company uniquely sells a semiannual subscription service that consists of a Bluetooth-enabled sonic toothbrush — the eponymous Beam Brush — along with paste, floss, and refill heads. Customers optionally sync after each brush with Beam’s companion smartphone app, which spits out a grade from “A” to “D” depending on how consistently they’ve kept up with their good hygiene routines. The better a group performs overall, the greater the cost savings on their monthly premiums; top brush scorers earn just over 10% off.

It’s a clever business model; presumably, policyholders who brush and floss more often are less likely to require costly dental work and emergency visits down the line. But those who opt not to share their brushing habits with Beam aren’t penalized in any way. All payers and dependents can visit any care provider in- or out-of-network and take advantage of expedited, automated enrollments and claims processing.

Beam’s backers peg the dental insurance market at about $78 billion and believe that, even against incumbent PPO providers like Delta Dental and United Healthcare, the startup’s competitive rates give it a fighting chance.

“Beam’s focus on delivering a market leading customer experience and their innovative use of technology and data is unique in the industry,” said Georgian Partners partner Tyson Baber. “We’re thrilled to be partnering with Beam as they continue to innovate and accelerate their growth in the dental insurance market.”

As of May 2018, more than 1,000 small and medium-sized business customers had signed up to provide their employees plans through Beam, the company says. Separately, Beam recently partnered with VSP Vision Care to extend a selection of the insurer’s vision benefit plans to current and new customers.