Beware the British invasion of the sex toys. Okay, maybe it’s not that dire. But Soda Says, a U.K.-based curated marketplace, is expanding to the U.S. with a new Sex Tech category of sex toys for women.

The company has raised $2.5 million to date from lead investor LocalGlobe, as well as ADV and PCH International founder and CEO Liam Casey.

Earlier this year, the banning (and later reinstatement) of female sex toy maker Lora DiCarlo from the CES 2019 tech show in Las Vegas shone a spotlight on the burgeoning business of women’s sexual wellness. Soda Says said the reinstatement showed that sex toys have migrated from basement sex shops to the nightstands of the world’s savviest women in a global market estimated to be worth $23 billion.

“The technology industry is finally seeing the value in female-focused design in the sex tech industry. Gone are the giant body part replicators. The overly eroticized tone has been replaced by stylish, Instagram-friendly products that many are happy to leave on their bedside tables,” said Soda Says CEO Grace Gould in a statement. “The products that Soda Says introduces to its community are being developed with incredible, patented technology that has been thoughtfully constructed with the female body in mind.” 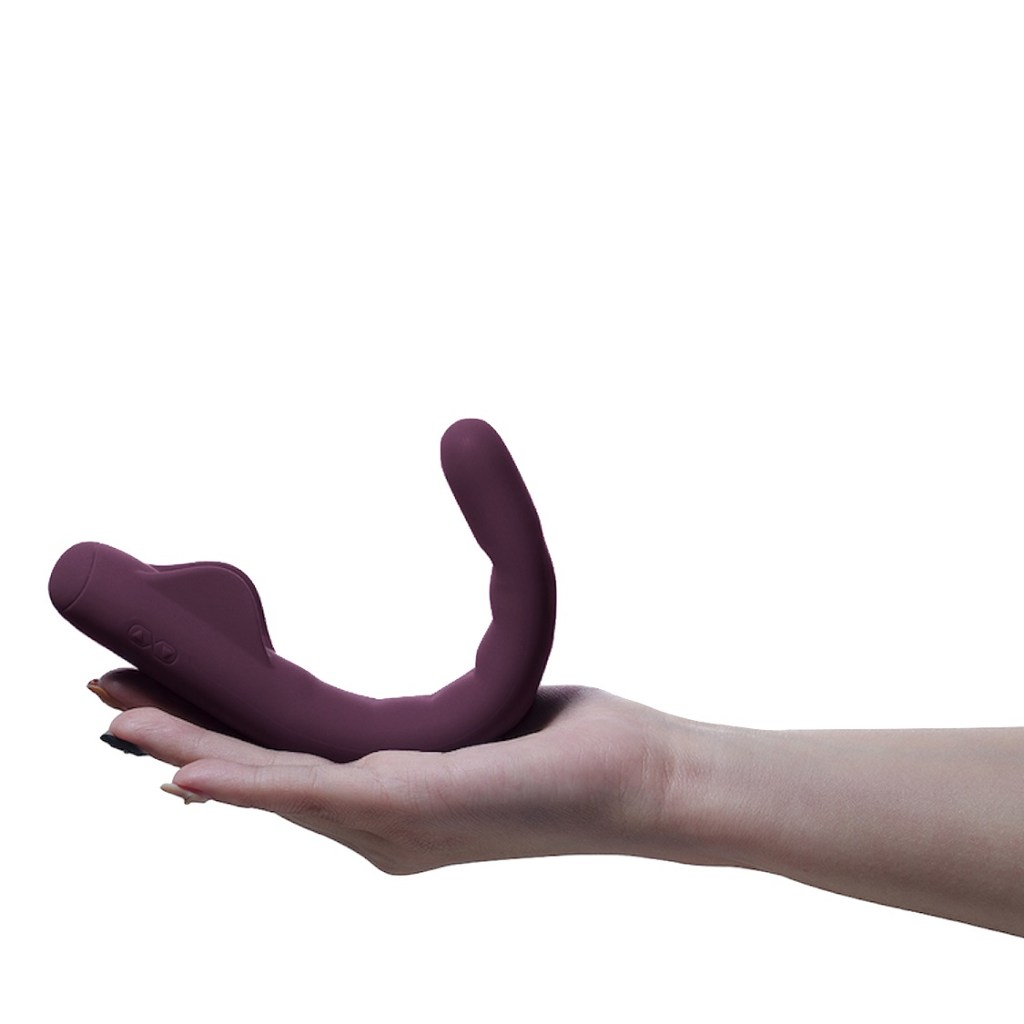 Above: Soda Says is selling this sex toy.

“Soda Says is tackling a huge opportunity of selling consumer electronics to women by women,” said LocalGlobe partner Saul Klein in a statement. “The company began by creating a hyper-engaged community that started looking to Soda Says for shopping ideas [related] to trends and news around technology. It has very successfully monetized that community in the U.K. and is now taking that community-led commerce playbook to the U.S.”

Soda Says is focused on creating an inclusive community for the everyday consumer seeking to improve life through tech. This Sex Tech launch is the first in a series of new categories to be released in the U.S.

“Sex toy use has been mainstream for a while, but they’re only just starting to be marketed and sold as the wellness products that they are, instead of bachelorette party gag gifts,” said Janet Lieberman, cofounder of Dame Products, in a statement. “Over the next few years, more and more fashion, health, and beauty stores will begin carrying sex toys, acknowledging the roles that sexuality, self-care, and pleasure play in a balanced and healthy lifestyle.”

Launched in 2017, Soda Says is a curated marketplace for purposeful tech products.