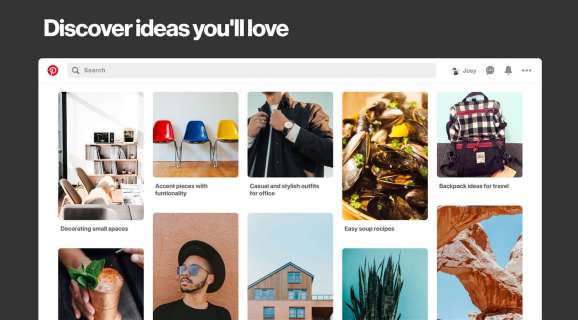 If you’ve been searching high and low for a Windows-native Pinterest experience, good news: Pinterest today launched a web app for Windows 10 in the Microsoft Store. It’s available globally.

Pinterest’s Progressive Web App (PWA) supports every feature found in the network’s desktop experience proper, which is to be expected — it’s basically a wrapper around Pinterest on the web. In tow is Pinterest Lens, which taps computer vision to detect objects in the real world and suggest related items, along with shortcuts and buttons for saving ideas, browsing recommended and trending Pins, and searching for things like food, style, home, beauty ideas, and more.

The Pinterest app supports Windows’ Live Tiles, and Jump Lists and notifications will go live today or tomorrow, a spokesperson told VentureBeat. Offline functionality and integration with the Share Menu in Microsoft Edge are on the way, but there’s no firm timeline yet. 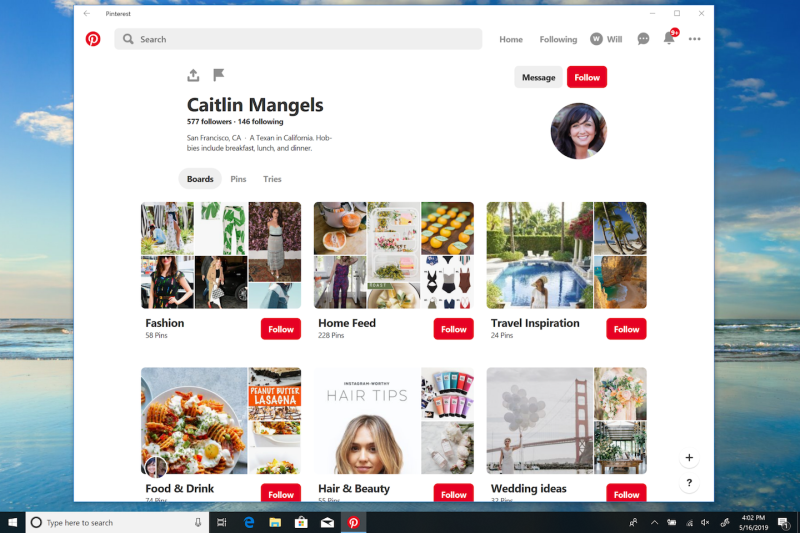 The launch of Pinterest’s Windows app follows hot on the heels of Pinterest Catalogs, a feature that lets anyone upload and convert their entire product catalog into shoppable Pins, and Related Products, which appear under product Pins to showcase inventory uploaded by brands. In other news, Pinterest’s personalized shopping recommendations were recently expanded to serve up results that resemble individual users’ saved pins.

Pinterest has increasingly pivoted its attention toward brands as it barrels toward an initial public offering (IPO). Lens Your Look, which lets you take a picture of an item of clothing and find similar options, rolled out in 2017, while Shop the Look, which helps users buy products from companies that work with Pinterest, became fully automated last month. In September, the social network rolled out a new API intended to help brands find and keep track of influencers with metrics like unique viewers, impressions, and engagement per Pin.

Last fall, Pinterest reported that it had 250 million monthly active users, and said that those users have saved more than 175 billion pins and organized them into 4 billion boards.