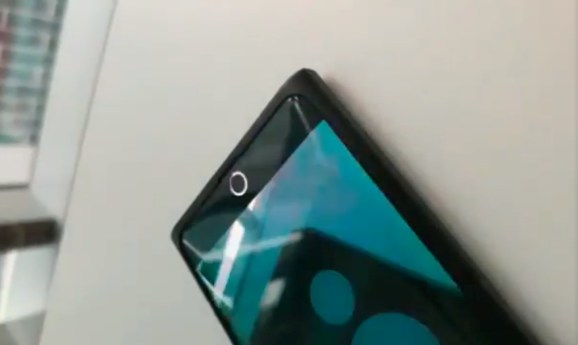 Xiaomi and Oppo today offered a glimpse into what smartphone selfie cameras may look like in the not-so-distant future.

Over the past few years, we’ve seen phone makers iterate with the front-facing shooter layout as they look to minimize the bezel and maximize screen real estate. This has led to “notched” phones that sport cutouts for the selfie camera, while other companies have developed in-screen punch hole cameras. Elsewhere, we’ve seen slider phones reappear on the market and phones with pop-up cameras, while the Samsung Galaxy A80 featured a camera that slides up and rotates.

While these designs vary, they share one common goal: to ensure the front-facing camera consumes as little of the screen as possible. But the next step in this effort is particularly interesting, as selfie cameras could be completely hidden inside the mobile phone screen. No notch, no punch hole, and no moving parts.

Early this morning, China’s Oppo tweeted a “very first look at our under-display selfie camera technology,” first reported by Engadget. As you can see, the device is pretty much full-screen at the top until the camera is activated, at which point a black bar slides out to enable the selfie lens.

Then, in what can only be described as yet another “battle of the firsts,” rival company Xiaomi tweeted this out less than four hours later.

Do you want a sneak peek at the future? Here you go…introducing you to Under-Display Camera technology!#Xiaomi #InnovationForEveryone pic.twitter.com/d2HL6FHkh1

We’ve known for a while that smartphone manufacturers have been working on this technology in the race to go truly bezel-less. Coupled with the fact that fingerprint readers are moving in-screen, OLED displays are doubling as a phone’s speaker, and foldables are now hitting the consumer sphere, we could be on the cusp of big changes in the smartphone realm, in terms of both form factors and the underlying technologies.

Neither Oppo nor Xiaomi has provided any details about their respective under-display cameras, or when we can expect them in a phone we can actually buy. But judging by the videos, the technology seems to be at a fairly advanced stage.

Samsung, still the top smartphone company in terms of global shipments, revealed a few months back that it is working on similar technology as it strives to create the “perfect full-screen device” with all sensors housed beneath the display. But according to Samsung exec Yang Byung-duk, this vision could be a couple of years away from becoming a reality.

“Though it wouldn’t be possible to make [a full-screen smartphone] in the next 1-2 years, the technology can move forward to the point where the camera hole will be invisible while not affecting the camera’s function in any way,” he said.