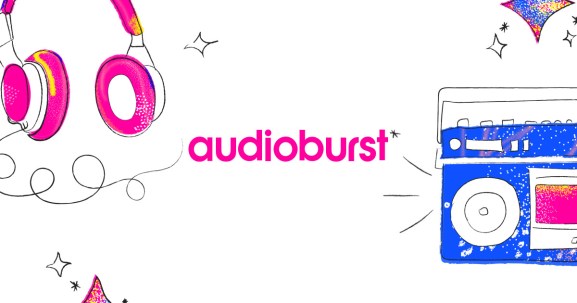 Audioburst, a four-year-old startup developing AI that parses, labels, and segments live and recorded audio clips, aims to make it easier for developers and non-developers alike to tap into its rapidly growing library. To that end, the company today debuted Studio, a software-as-a-service platform that enables users to create custom Audioburst-powered players embeddable into apps and websites.

Within Studio, folks choose from prebuilt playlists or build their own from scratch, drawing on the more than 4,000 radio stations and podcasts across 100 topics and categories (e.g., sports, news, entertainment, business, and local traffic and weather) in Audioburst’s media gallery. Created players and playlists can be integrated into Android and iOS apps via software developer kits, the web using a JavaScript code or APIs, and soon Amazon’s Alexa assistant and Google Home through voice apps.

Studio reports metrics like the number of listeners, number of bursts played, listening duration, and distribution by device and location, and it affords users the option of earning a cut of revenue from licensed content plays.

“What we’re doing is democratizing audio — giving website and app owners a way to deploy highly curated and targeted audio-talk playlists that will provide growth, monetization, and user satisfaction,” said VP of product Rachel Batish. “We know end users want more audio content and screen-independent experiences, and we see the Audioburst Studio as a particularly beneficial opportunity for those looking to take advantage of this growing market.”

Today’s news follows on the heels of Audioburst’s strategic and investment partnerships with Japanese advertising firm Dentsu and car maker Hyunda — which total over $10 million (an even $5 million split) — along with participation from existing investors Samsung Ventures, Nippon, and Advanced Media. This comes after a $14.4 million series A round and bring the company’s total raised to $25 million ahead of its expansion into new smart speaker, mobile, in-car infotainment, and wearable tech spaces, and its launch in Japan, which it will mark in the coming months by adding Japanese language support.

Audioburst taps natural language processing and automatic speech recognition to contextualize, transcribe, and index millions of audio segments daily from thousands of broadcasters and publishers, contributing to what it claims is the world’s largest library of short-form audio content (or “bursts”). It automatically attaches metadata to these bursts, which it transforms through its API into customized playlists and interactive voice-controlled experiences for partners like LG, Bragi, Samsung, and others.

For customers who take advantage, Audioburst can alert users to content as it’s being broadcast and surface engagement and distribution metrics through an analytics dashboard. Brands, meanwhile, get access to a portal with advanced and customizable modules, where they can edit content and promote it on social media.

Audioburst is largely focused on developers, but it offers voice apps for devices powered by Google Assistant and Amazon’s Alexa that provide access to personalized news feeds, funnel weather briefings and traffic reports from local stations, and answer basic questions about the day’s news. Additionally, it hosts a web tool that lets users search for relevant sound bytes in audio streams by keywords and topics (e.g., “tech news” and “movies”).

But data is Audioburst’s bread and butter. Its platform generates what it calls a “listening identity” based on users’ unique listening patterns, interests, and preferences that sponsors can use in tandem with performance-monitoring tools to target promotions and offers. It’s a bit like RAD, an open source technology spearheaded by National Public Radio (NPR) that gives publishers and advertisers access to metrics like downloads, starts and stops, completed ad or credit listens, partial ad or credit listens, and more. It’s also a bit like Apple’s Podcast Analytics and Pandora’s AMP advertising products and programs — albeit more holistic.

There’s certainly market demand for analytics in the internet broadcasting sphere — and it’s no wonder. In 2016, 20% of search queries on Google’s mobile app and on Android devices were voice searches, and two years ago the Internet Advertising Bureau (IAB) pegged the digital audio advertising market at $1.6 billion.