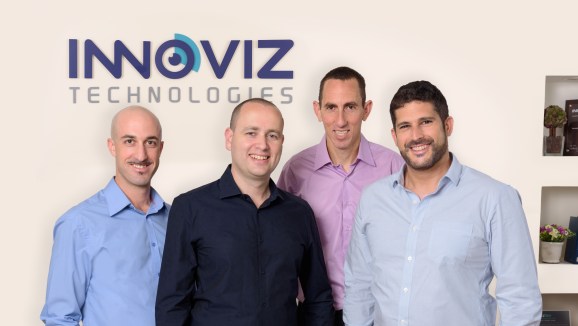 Innoviz, an Israel-based developer of solid-state lidar sensors and perception software, today announced the closure of its series C funding round with over $170 million, bringing its total raised to $252 million — a great deal more (by $38 million) than the $132 million round total it reported in March. Cofounder and CEO Omer Keilaf said in a statement that the fresh capital will benefit the company’s broader business activities, support the enhancement of its perception software, and accelerate mass production and commercialization.

“Innoviz’s track record is filled with forward momentum that is further reinforced by the new funding and these two valuable additions to our team,” added Keilaf. “This solidifies our ability to support the enormous autonomy efforts underway across the globe; to enrich our product pipeline; to collaborate across automotive, mapping, robotics and drone/UAV industries and fully execute on our vision.”

Innoviz also announced the hiring of Dr. Raja Giryes and Or Shimshi, who will serve as strategic collaborators to the product and software team. Giryes, a senior academic and researcher, holds a doctorate in computer science, while Shimshi has managed teams and held advisory roles for computer vision, deep learning, machine learning, and AI with companies like Samsung, Intel, Qualcomm, and Citibank.

Lidar — sensors that measure the distance to target objects by illuminating them with laser light and measuring the reflected pulses — are at the core of a number of autonomous car systems, including those from Uber and Lyft, and have applications in domains from robotics and security to agricultural technology. Innoviz has two spotlight lidar products: the InnovizPro, a solid-state lidar with a 150-meter range and 20-frames-per-second framerate, and InnovizOne, an “automotive-grade” aftermarket, long-range development kit with a 250-meter range, ultra-wide field of view (120 degrees), and a 25-frames-per-second framerate.

Innoviz provides more than just the hardware that guides its clients’ autonomous systems. It’s also developing software with the goal of crafting an end-to-end sensing platform for original equipment manufacturers and Tier 1 suppliers, a go-to-market strategy that’s snagged it customers like Harman, HiRain Technologies, and Aptiv. BMW recently selected Innoviz’s computer vision software for a series of production cars starting in 2021, and the company says it’s actively working with additional partners — including auto industry suppliers Delphi and Magna — while pursuing new customers in the automotive space.

The lidar market is projected to be worth $1.8 billion in just five years, and it’s an overcrowded field. Innoviz had raised $65 million in September 2017, following on the heels of funding rounds by Oryx and TetraVue. Luminar, which claims to have developed lidars with a range of more than 250 meters and a 120-degree field of view, recently announced a strategic partnership with Volvo, and in January, lidar startup Baraja raised $32 million for its innovative prism-like optics design. That’s not to mention far-infrared pioneer AdaSky, ground-penetrating radar startup WaveSense, and velocity-measuring sensor company Aeva, all of which seek to develop technologies that complement traditional vision-based autonomous car perception systems.

Waymo is yet another recent segment entrant. Earlier this year, the Alphabet subsidiary announced it would begin selling its proprietary near-range, 360-degree lidar design — Laser Bear Honeycomb — to “dozens” of customers in the coming weeks to months.

“In a short amount of time we have successfully created an industry-leading lidar solution from the ground up and secured partner and customer wins to push it into series production for one of the top automakers in the world,” said Keilaf.