Google’s Safe Browsing service provides lists of URLs that contain malware or phishing content to Chrome, Firefox, and Safari browsers, as well as to internet service providers (ISPs). Google said in September 2017 that Safe Browsing protects over 3 billion devices, and that the number last month increased to over 4 billion devices. The service shows warnings before users visit dangerous sites or download dangerous files. 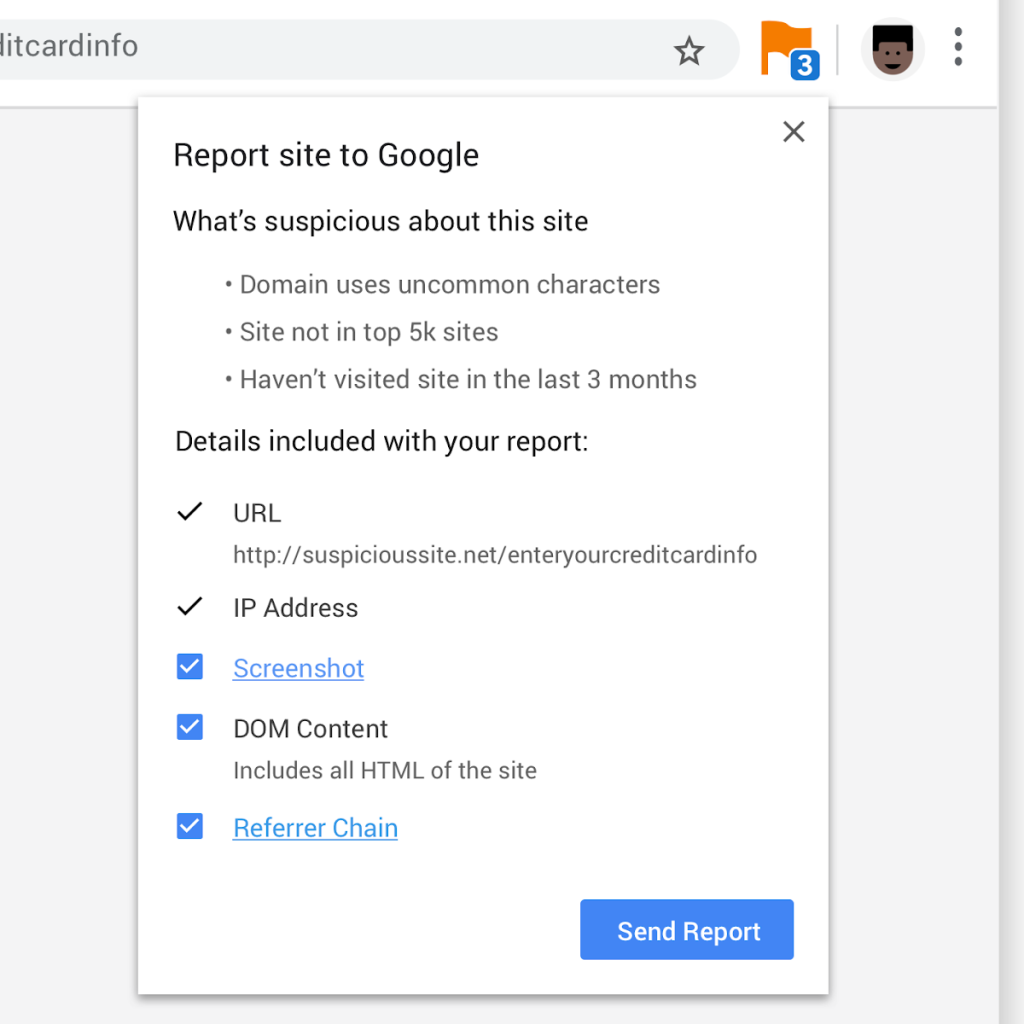 Now Google is opening Safe Browsing for submissions. In fact, the Suspicious Site Reporter extension is a two-way street. The extension’s icon shows when you’re on a potentially suspicious site. Clicking the icon will show more information about why it might be suspicious. You can also report it for further evaluation. If the site is added to Safe Browsing’s suspicious lists, those aforementioned 4 billion devices will be protected from it.

In addition, Google released Chrome 75 earlier this month. The latest version comes with a new warning to direct users away from sites that have confusing URLs. The feature compares the URL of the page you’re currently on to URLs of pages you’ve recently visited. If the URL looks similar but isn’t identical (say, go0gle.com vs. google.com), Chrome will show a warning that helps you get back to the right domain.

“We believe that you shouldn’t have to be a security expert to feel safe on the web, and that many Chrome power-users share our mission to make the web more secure for everyone,” said Chrome product manager Emily Schechter. Given today’s news, that’s fair. But if you look at the competition, Chrome could be doing more.