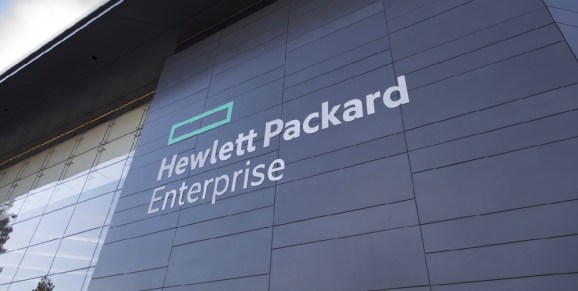 When the dust settled on Hewlett Packard Enterprise (HPE) Discover 2019 in Las Vegas last week, there was a significant number of announcements coming from just about every business unit in the company, from the launch of HPE Primera, an intelligent storage solution that the company is committing to providing 100% uptime, to the advancement of its edge portfolio with the introduction of Aruba Central.

Though the HPE Discover 2019 announcements were plentiful, the company made arguably its biggest splash by introducing a market promise to deliver “everything as a service” by 2022. This is a bold statement in the enterprise IT space, where big-ticket hardware and big iron still tend to dominate revenue streams. While HPE Pointnext, which includes the company’s GreenLake consumption-based services, is an 8 billion dollar-plus business unit, it has been far from the center of attention within the company for a long time. However, it isn’t difficult to see where this shift came from; all you have to do is take a look at on-premises IT’s next door neighbors, SaaS and IaaS.

Blame it on the likes of Salesforce, AWS, and Microsoft Azure, but over the past decade, every part of the IT buying cycle has been disrupted by new purchase models. Salesforce brought SaaS-based subscription-purchasing motions to CRM and ERP. This was the start of a whole new way of consuming software, which now has forced legacy software giants like SAP and Oracle to embrace the subscription model. In IT infrastructure, the hyperscalers made infrastructure consumable the same way as SaaS.  On-prem solutions, though, have seen this transformation take place more slowly, with most service options still tied to managed and financial services that give certain appearances of consumption purchasing but are more illusion than reality.

At HPE Discover last year, Pointnext and GreenLake were, at best, footnotes at the event. The Pointnext leader, Ana Pinczuk, had recently made her way out. Growth of the division had been somewhat stagnant to the point it was left out of its Q3 earnings press release, and while the bets on Pointnext had been bold, the business wasn’t panning out. This led to more focus on hybrid IT, servers, storage, and cloud — racks and racks of it. So when Antonio Neri first flashed the “Everything as a Service in 3 Years” language this year, you can only imagine my surprise.

HPE put its commitment to service front and center, not only with the “everything as a service” pledge, but also with the oft-appended trailing statement of “and this will be offered as a service” to announcements. In many cases, that as-a-service promise is scheduled to be fulfilled immediately, or within the next few quarters.

HPE is, of course, by no means new to on-premises as a service. The company has been at this for a while with GreenLake, but the fact that the service went from more of a footnote to a keynote was a revelation of sorts. “Just GreenLake it” became a bit of a running theme on the show floor.

HPE is ahead of the market with GreenLake

HPE doesn’t necessarily make the acquisitions that grab the headlines, like Salesforce with Tableau or Dell with EMC, but that doesn’t make its deal flow any less important. HPE has had a run of important acquisitions over the past several years with Simplivity, Nimble, 3Par, and Blue Data among those that have given the company a series of best-of-breed technologies in composable cloud, intelligent storage, and data management.

Perhaps less touted, but even more critical to the company’s new direction, was the acquisition of Cloud Cruiser. This acquisition was the foundation of GreenLake, and it gave the company the ability to closely monitor usage data in an automated capacity, which made HPE the first company to be able to offer on-premises metered services for cloud computing. Since then, it’s been able to extend this monitoring into storage, network, and edge.

Additionally, HPE’s Right Mix Advisor that was launched earlier this year also offers tremendous sophistication as it pertains to leveraging vast internal use and external market data to help IT departments deploy the right workloads to the right cloud. This tool complements GreenLake by providing greater insights into costs and requirements to make sure the hybrid cloud is optimized to meet its well-documented potential.

This level of sophistication is market-leading for on-premises-based consumption services. Despite offerings from the likes of Dell, Cisco, and Lenovo — all of which are formidable competitors — none have the metering capabilities to do consumption with the same precision and sophistication. Lenovo meters compute based on electricity consumption, and at this point Cisco and Dell consumption models are more financial instruments likened to technology leasing.

Even so, I believe all three of these companies are more than capable of matching HPE’s metering capabilities. The question is whether it will be in the next quarter or two, or if it will take longer.

Will HPE make the grade?

Technology buying behavior has been disrupted to no end in every area except for on-premises. SaaS helped organizations realize that many of the applications from CRM to ERP to collaboration can be consumed in a highly scalable, accessible self-service manner. Hyperscalers like AWS and Azure have been able to deliver public cloud in a similar manner, allowing companies to spin up infrastructure on a whim and pay-per-use.

But on-prem has required too much complexity, and although HPE’s promise to deliver everything-as-a-service was announced with a significant runway, the shift in identity from a traditional big iron IT vendor to a service-led organization is no less bold. It looks to be a smart bet for HPE, but regardless, it’s a bet the company has to make if it wants to stay relevant and grow significantly. HPE is poised to do so — as long as it can execute on its claims.

Daniel Newman is the principal analyst at Futurum Research, which provides research, analysis, advising, and/or consulting to high-tech companies in the tech and digital industries. The firm doesn’t hold any equity positions with any companies cited.