Microsoft today announced OneDrive Personal Vault, a new security layer for protecting sensitive and important files. The feature is rolling out “soon” to the web, Android, iOS, and Windows 10 in Australia, New Zealand, and Canada. It will be available globally by the end of the year. Furthermore, the company is increasing OneDrive’s cheapest storage plan from 50GB to 100GB at no additional cost. Office 365 subscribers are also getting new storage options.

Personal Vault is a protected area in OneDrive that you can only access with the Microsoft Authenticator app or a second step of identity verification (fingerprint, face, PIN, or a code sent to you via email or SMS). Microsoft envisions OneDrive users saving travel, identification, vehicle, home, and insurance documents in their Personal Vault.

You can use the OneDrive mobile app to scan documents, take pictures, or shoot video directly into your Personal Vault, keeping such items out of less secure areas like your camera roll. On Windows 10 PCs, OneDrive syncs your Personal Vault files to a Bitlocker-encrypted area of your local hard drive. Personal Vault also automatically locks “after a short period of inactivity.” The defaults are 3 minutes in the mobile app and 20 minutes in the Sync Client and on OneDrive.com. You can adjust the times as you prefer. 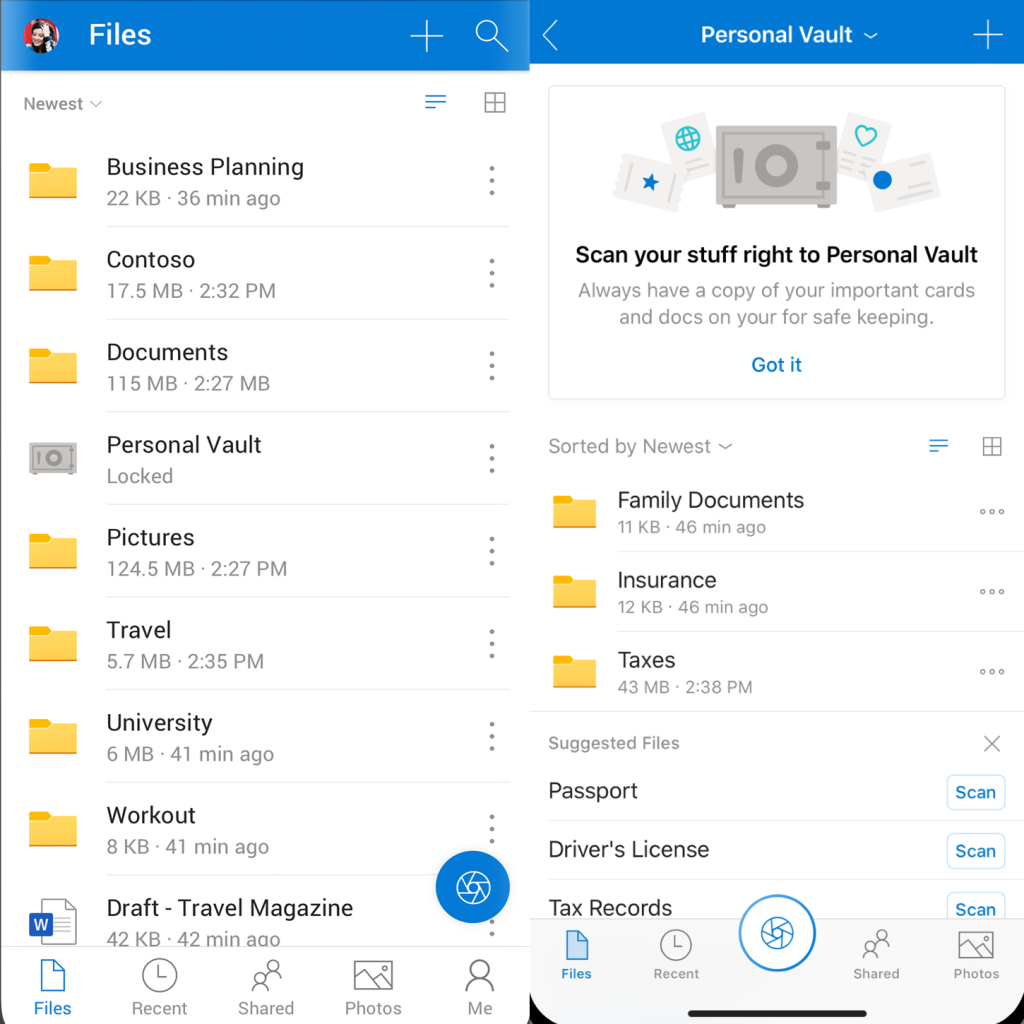 But there’s a catch. If you are using OneDrive’s free or standalone plan, Personal Vault only lets you “store up to three files,” a Microsoft spokesperson told VentureBeat. Office 365 subscribers can store as many files as they want in Personal Vault (up to their storage limit).

Speaking of storage, Microsoft is doubling the cheapest OneDrive plan from 50GB to 100GB. The cost has not increased — it’s still $2 per month. The new plan will roll out “soon.”

Office 365 subscriptions start at 1TB of OneDrive storage. You will be able to add to this “in the coming months” in 200GB increments at $2 per month, up to an additional 1TB for $10 per month. 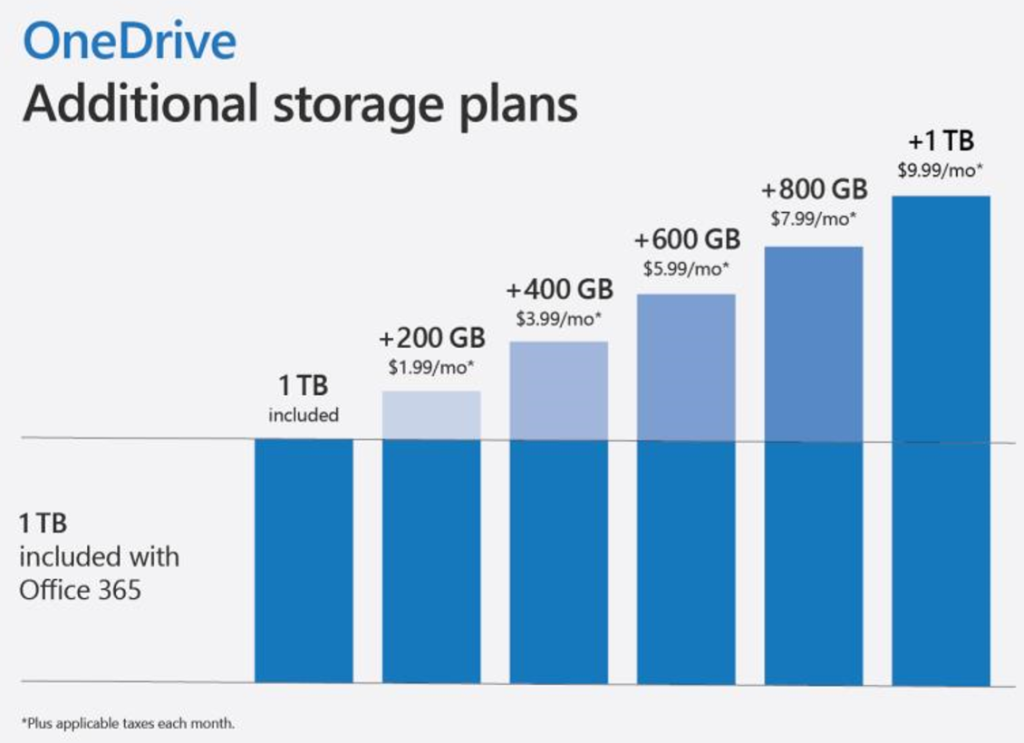 By comparison, Google One offers 100GB of storage for $2 per month, 200GB for $3 per month, and 2TB for $10 per month. Not even four weeks ago, Dropbox increased its comparative 2TB storage option to $12 per month.