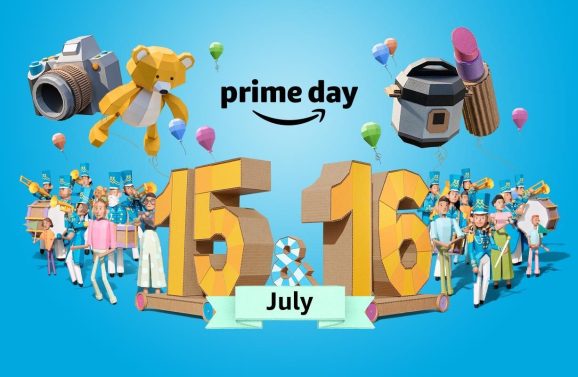 Retail giants eBay and Target are combating Amazon’s expanded 2019 Prime Day with sales extravaganzas of their own.

Amazon yesterday announced its fifth annual Prime Day, which is in fact longer than a day — it was officially 36 hours last year and now it has been expanded to a full two days, from July 15 to 16. Prime Day has become something of a phenomenon in the online retail realm, with global sales reportedly hitting more than $4 billion during the 36-hour period last year, nearly double the figure from 2017. And that was despite Amazon’s site crashing under the deluge of traffic.

While various retailers, including eBay and Target, have introduced deals and flash sales to coincide with Prime Day in previous years, there is a clear effort to ramp things up in 2019.

More than a day

Indeed, eBay said it’s kicking off a “wave of can’t-miss deals” — starting on July 1 — that will last for a full three weeks. There will be the “July 4th savings,” which actually lasts for seven days, and “hot deals for hot days,” which will run from July 8 to 22.

But on July 15 — the first day of Amazon’s Prime Day bonanza — eBay will host its flagship “crash sale,” which will feature savings of 50% or more on products from the likes of LG, Apple, Samsung, Garmin, and KitchenAid. Interestingly, eBay said it will launch a fresh batch of deals if Amazon’s site crashes.

“If history repeats itself and Amazon crashes that day, eBay’s wave of can’t-miss deals on some of the season’s top items will excite customers around the world,” the company’s press release states.

Target launched a one day sale last year that fell on the final day of Amazon’s Prime Day (which was July 16-17). For 2019, Target is launching a thinly veiled effort to derail Amazon’s plans. For the exact duration of Prime Day, Target is running “deal days,” which will offer “discounts on hundreds of thousands of items and new deals each day,” according to a press release.

“Last year’s Target.com one day sale was one of our biggest days of the year for online sales,” noted Mark Tritton, executive VP and chief merchandising officer at Target. “This year, we’re giving guests more discounts across even more of our assortment, with two days to save on hundreds of thousands of items, and offering the best options in retail for delivery and pick up on their terms, including same-day.”

Both eBay and Target are also quick to point out that Amazon’s Prime Day purchases require an annual Prime membership subscription. “Shoppers always get free shipping on eBay deals, with no membership fee required, ever,” eBay said, while Target noted that “no membership [is] required” for its sales.

Amazon’s Prime Day is still three weeks away, but we’re already getting a glimpse of the frothy fervor these flash sales will create among the millions of online consumers. And we can likely expect to see Walmart, Best Buy, and the rest throw their hats into the ring in the coming weeks.