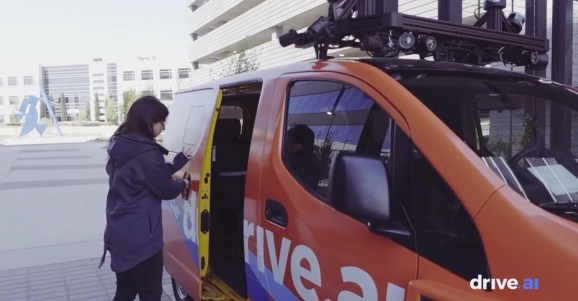 Drive.ai is a ride-hailing service that uses self-driving vehicles.

This week was another whirlwind in AI news. But one story particularly stood out to me: the collapse of self-driving car startup Drive.ai. In the span of just a few hours, we learned Drive.ai will be ceasing all operations, laying off 90 employees … and was acquired by Apple. This is big news, no doubt. But the calls that this is “proof” Apple has a self-driving car project are misguided.

Let’s go over what we know. In February, The Information shared that Drive.ai had been looking for a buyer. Earlier this month, The Information and Bloomberg both reported that Apple was preparing to buy Drive.ai. This week, Apple confirmed to Axios that it had bought Drive.ai, its autonomous cars, and other assets, and hired dozens of its engineers.

Some have argued that this is a reversal from Apple’s last confirmed move regarding its autonomous car skunkworks endeavor, Project Titan. In January, Apple cut its Titan team by 200 employees. Taken in isolation with the Drive.ai acquisition, it might seem like Apple is reversing course.

Not at all. Apple has staffed Titan up and down for years. The cut earlier this year was a cut, not a shuttering of the project. Keep in mind Project Titan was reportedly first approved by Apple CEO Tim Cook more than five years ago. In June 2017, Cook described self-driving cars as “the mother of all AI projects.” Furthermore, Apple reportedly maintains thousands of employees (around 5,000 in 2018) working on its secretive database of automotive technologies.

But you don’t have to accept reports and rumors to believe that Apple is taking autonomous cars seriously. Just read Apple’s statement from earlier this year:

We have an incredibly talented team working on autonomous systems and associated technologies at Apple. As the team focuses their work on several key areas for 2019, some groups are being moved to projects in other parts of the company, where they will support machine learning and other initiatives, across all of Apple. We continue to believe there is a huge opportunity with autonomous systems, that Apple has unique capabilities to contribute, and that this is the most ambitious machine learning project ever.

Building an autonomous vehicle is “the most ambitious machine learning project ever.” This is why Project Titan still exists. Even if Apple never produces a self-driving car, the company still believes, in 2019, that the project is worth the effort because of the machine learning challenge.