Robotics-as-a-service (RaaS) is about to eat the world of work. While much of the attention in the world of automation technology has been focused on self-driving cars, many other markets traditionally dominated by human-in-the-loop solutions are reaching a point of inflection, enabling RaaS solutions to take over.

Robotics companies historically have sold their customers — you guessed it — robots. In the enterprise, robots have often been leveraged to streamline manufacturing. Giant companies with ominous, global, megacorp-sounding names like FANUC and ABB provide solutions that require hundreds of thousands, if not millions, of investment dollars just to get started. Companies buy massive robots and software solutions that are customized — at great cost — to their specific needs. The massive conglomerates that sell these robots have dominated the field for decades, but that is about to change.

One major factor driving this change is how dramatically globalization has reduced hardware production costs and capabilities. At the same time, cheap and powerful computing and cloud infrastructure are now also readily available and easy to spin up. As a result, vertical-specific, robotic-powered, solutions can today be offered as variable cost services versus being sold at a fixed cost. Just as cable companies include the costs of set-top boxes in their monthly bill, robots and their associated software will be bundled together and sold in a subscription package. This change to the robotics business model will have profound implications, radically transforming markets and at the same time changing the future of work.

With a new variable cost model in place as a result of subscription packages, it’s simple to calculate when a market is about to tip to favor RaaS. A market has hit its automation tipping point (ATP) when an RaaS solution is introduced with a unit cost that is less than or equal to the unit cost for humans-in-the-loop to conduct the same task. I’ve been actively investing in and looking for new companies in this market that are catalyzing this change and have already made an investment in a company disrupting the inventory management space using autonomous drones.

One market that has already reached its ATP is the enterprise building security market. Traditionally, office security has been conducted by humans. The Guardian estimates that there are 20 million private security workers worldwide. One company, Cobalt Robotics, hopes to change that. With its platform, companies can replace a guard, or guards with a 30%+ cheaper robotic security robot. [Update: Cobalt has reached out to say their platform is actually 65% cheaper than traditional security guards.] For example, instead of manning a building with three to four people, you can have one human managing a few remote robots. Moreover, all the data and insights collected via these robots is organized and made available for building and security optimization. It isn’t just cheaper, it’s better. There’s no turning back — this market has hit its ATP.  And given that the market is predicted to grow to $240 billion by 2020, companies like Cobalt can be absolutely massive. 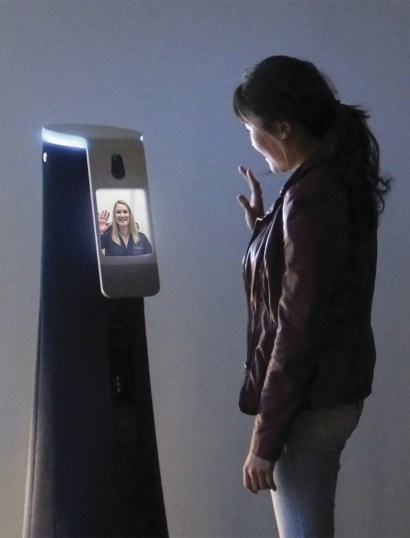 Beyond security, RaaS is poised to disrupt many other markets. According to Allied Market Research, the RaaS market is estimated to grow to nearly $34.7 billion worldwide in the next three years and is growing at a fast clip — nearly 23% CAGR. In my opinion, this market size estimate falls short, as it fails to capture the full impact of how this business model will disrupt multiple sectors. Uber was once thought to only compete in the $11 billion taxi/limo market but ultimately disrupted the multi-trillion dollar transportation market. Similarly, over the next decade, RaaS will eat many other markets. Crop dusting ($70 billion), industrial cleaning ($78 billion), warehouse management ($21 billion), and many more service markets are tipping. When these sectors hit their ATP, we will see the same level of industry disruption currently taking place in the building security market.

The changes taking place in the enterprise will also deeply impact consumer markets, and ultimately society, in profound and potentially challenging ways. We are at the start of a massive shift in how work gets done. RaaS will allow humanity to focus on more challenging problems, while saving the most physically demanding and sometimes dangerous jobs for robots. As manual or repetitive labor shifts to machines, we will see some jobs get destroyed, others changed or accelerated, and new types of jobs created. This will create massive opportunity for some, but as a society we need to focus on education and training for those who will need to move into different fields.

Hooman Radfar is a Partner at Expa.