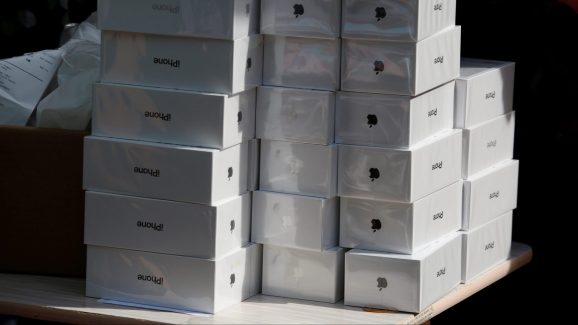 If any iPhone rumor seems to persist year after year, it’s this one: Apple is working on a China-specific iPhone with sub-flagship features at a lower price point. That’s the familiar theme of a new report from China’s Global Times and Caijing, which claim that Apple is making a new phone specifically for Chinese consumers that will omit Face ID sensors in favor of an under-display fingerprint scanner, most likely to “save on costs.”

As is typical of prior reports, this one is as logical as it is vague and caveated. The source is the Chinese supply chain, which suggests that the several hundred yuan-component cost of Apple’s TrueDepth 3D facial scanning system is too high for any company save Apple to afford, affecting the company’s sales in the process. But apart from suggesting the company is dropping face scanning in favor of fingerprint scanning — solely to make a more affordable iPhone — the report offers no other substantiating details, nor a release date for the new model.

Claims of a cheaper Chinese market-specific iPhone have floated in the past but have proved largely untrue. The first supposedly China-focused device turned out to be the plastic-bodied iPhone 5C, which was originally expected to be much cheaper in an effort to win Chinese consumers but was actually sold internationally, and at only a slightly lower price. In subsequent years, Apple has made slight China-specific alterations to its global devices, such as foregoing eSIM support for regulatory reasons, but has never sold an iPhone — or any other product — solely for Chinese users.

The new report suggests that Apple could now be changing its tune, given iPhone sales shortfalls in China, since it struggles to compete effectively against midrange phones from companies such as Huawei. Chinese consumers tend to seek out devices in the 5,000 yuan ($727) range, which is right around the U.S. price of the iPhone XR, but markedly lower than the phone’s 6,199 yuan ($901) cost in China.

Apple has openly sought to take advantage of domestic tax cuts and changing currency exchange rates to bring China’s iPhone prices closer to their U.S. equivalents. The company has also dramatically expanded marketing of trade-in programs to lower the up-front cost of iPhones for consumers in multiple countries.

Making a new iPhone model solely for China would be Apple’s deepest commitment yet to that country, and potentially lucrative, as it is the world’s largest smartphone market. However, history suggests that if such a device actually materializes, it will be sold across the world rather than in just one place, and will — like the iPhone 5C — be specifically designed so as not to erode sales of the company’s higher-priced flagship devices.