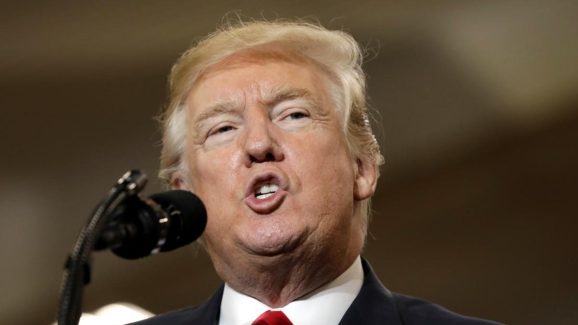 The list of those invited to the White House Social Media summit to complain about tech bias against conversatives is slowly being revealed — unironically — on social media. Not surprisingly, the conference this week is shaping up to be a carnival of right-wing victimhood.

The Trump administration is not inviting Facebook or Twitter, dispensing with any pretense that the goal is to foster some kind of semi-civil conversation about the role digital platforms are playing in civic life.

Instead, unsurprisingly, the gathering will include a narrow band of extremists and seems primarily aimed at giving participants a platform from which to proclaim themselves victims of the social media services they used to become famous.

Trump will likely preside over this cult of victimhood himself — no doubt repeating his unfounded accusations that Twitter and Facebook are biased against conservatives. In recent weeks, Trump has lamented that Twitter is limiting his reach, despite the fact that his number of followers has grown from 12.9 million in November 2016 to more than 60 million.

It doesn’t really matter that research clearly shows conservative voices are much more prominent online than progressive ones. No matter how much power the right has on these platforms, playing the victim is essential to their identity.

To that end, the list of oppressed conservatives at the summit will include:

Ben Garrison, a conservative cartoonist who has been accused of anti-semitism:

Honored to be invited to the White House! Thank You Mr. President! @realDonaldTrump #SocialMediaSummit pic.twitter.com/8b6zIa2XN3

Very excited to be going to the White House social media summit on Thursday@realDonaldTrump understands the threat of social media censorship and is willing to take on this issue!

Time to get smart and tough!

James O’Keefe, head of right-wing gonzo journalism outfit Project Veritas, who was called “a well-known right-wing fraudster” by the Washington Post and has a conviction record that has ruffled donors. O’Keefe’s “exposés” of Silicon Valley have been cited by other right-wing politicians as proof of tech bias.

“If legendary muckrakers like Lincoln Steffens and Ida Tarbell can work alongside Teddy Roosevelt to expose and reform Big Oil,” trumpeted O’Keefe in a press release, “Project Veritas can be synergistic with the Trump administration to pull back the curtain surrounding Big Tech.”

Never Trumpers are mad that I got invited to the White House?

I’m a policy nerd, not just a prolific tweeter. I’m fighting for the free speech and association for us all.

for the social media summit.

I can't even believe this is happening.

I will be attending the White House Social Media Summit on July 11th, 2019 in Washington, DC. I thank President Trump for the honor of this private invitation.

I will stand up for all of you there. We are #MAGANation and we will not be silenced! pic.twitter.com/vRtghUgRyw

And then there’s this dude, with 122,000 Twitter followers, who created the bizarre meme video of the Joe Biden apology that Trump himself tweeted:

The full list of attendees has not been disclosed, nor has the agenda been made public. And no, we’re not holding our breath.

But it’s clear conservative attacks on tech companies are only going to mount as the 2020 election draws closer and right-wing groups battle efforts to crack down on fake news and online manipulation.

Whether any of this results in actual legislation remains to be seen. But reports that various U.S. agencies are preparing anti-trust probes into big tech companies seems to signal that the Trump administration has social media giants in its crosshairs.