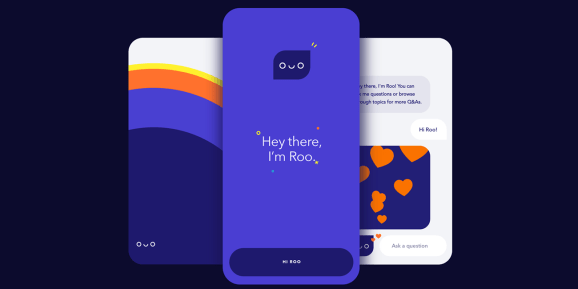 Today’s teens have grown up with the internet. But while they may hesitate to take a delicate question about sex to their parents, Planned Parenthood found that teens aren’t ready to turn to social media either.

Enter Roo, Planned Parenthood’s chatbot for answering questions about sex and sexual health. Roo (a gender-neutral moniker stemming from “robot”) launched in January. Its underlying premise is to address the gap in sex ed across the United States, where state policies vary and misinformation on the internet abounds, whether in Google results or on actual forums, Molitor said.

Offering predetermined questions encourages users to formulate their own questions, Molitor said. And Roo can often predict the kinds of questions they have. Many people, for example, want to check in with Roo to determine if what they’re experiencing or feeling is “normal.”

Planned Parenthood can’t tell whether teens are turning to Roo before any other sexual health resource, Molitor said. Roo doesn’t collect any cookies, nor does it want to know too much information about where users are located (it’s committed to respecting user privacy). But it’s safe to say Planned Parenthood is satisfying some key strategies for making chatbots work:

Less than half a year in, Roo has answered close to 800,000 questions. Teens comprise 81% of its traffic, and 60% of Roo’s users are people of color. Over 1,000 Planned Parenthood appointments have been booked, thanks to Roo as a mediating interface, according to Molitor.

It might surprise some that people would rather take such personal questions to a bot than a human, who could offer emotional support. But humans are also biased — and younger people, especially, want to refer to their own values, Molitor said.

“I think the younger generation is very much interested in who they are and what their values are,” she said. “And I think that also falls into the whole theme of ‘Where do I fit on the spectrum of normal?'”