Teams is the company’s Office 365 chat-based collaboration tool that competes with Google’s Hangouts Chat, Facebook’s Workplace, and Slack. Back in March, Microsoft shared that Teams is used by 500,000 organizations, just two years after launch. For months, Microsoft had called Teams its fastest-growing business app ever, but it refused to share how many individuals were using Teams — until today.

We have guessed for a long time that Microsoft Teams was bigger than Google’s and Facebook’s offerings. Google launched Hangouts Chat in February 2018, when 4 million businesses paid for G Suite, and it still hasn’t shared how many organizations use it. In February, Workplace by Facebook passed 2 million paid users. 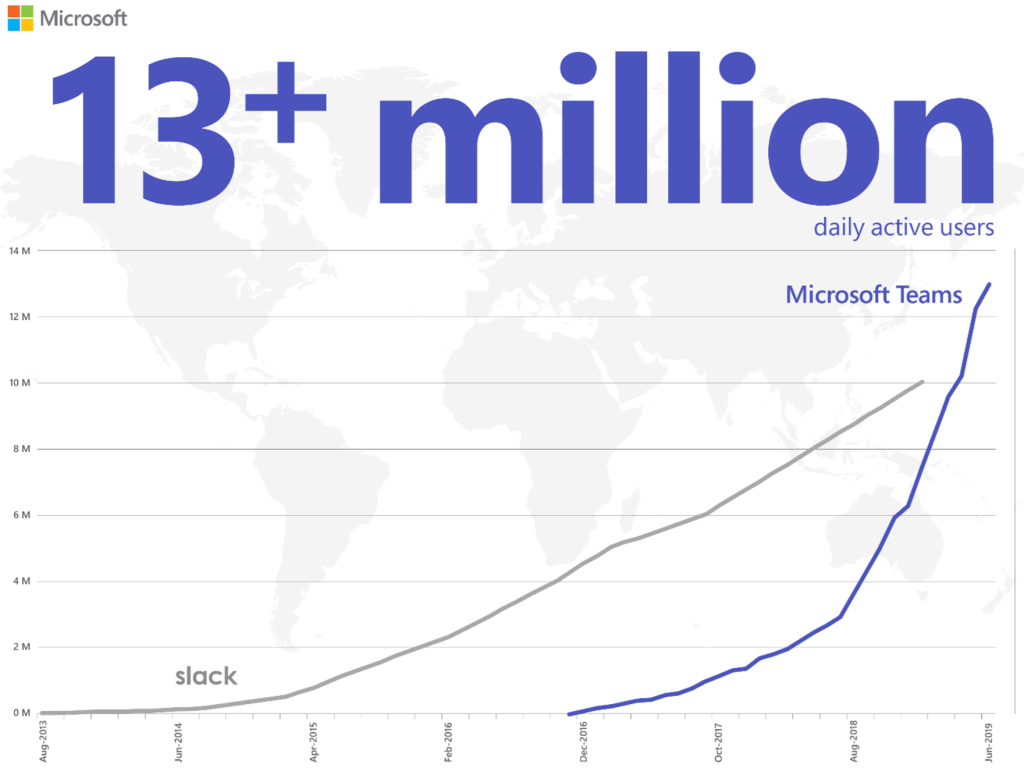 But we assumed Slack was bigger, and that Microsoft would share user numbers once that had changed. As of January, Slack had 10 million daily active users. It’s safe to say Microsoft Teams is now the most-used chat-based collaboration tool.

In addition to the usage reveal, Microsoft Teams is also getting a slew of new features. They are rolling out now, this month, next month, or “soon.” Here is a quick rundown:

Whether you use Microsoft Teams daily or just once a week, you’ll probably end up using at least one of these.