In March, Russian tech giant Yandex inked a deal with Hyundai to build self-driving car tech for the latter’s Mobis division, marking the company’s first official partnership with an automaker. This morning, Yandex revealed the fruit of its labor with an autonomous Hyundai 2020 Sonata that is launching this fall with Yandex’s software and sensor suite.

Yandex, which claims it has been testing the Sonata prototype on closed tracks in a variety of weather and simulated traffic conditions ahead of a debut on public Moscow streets, says it took only a few weeks to retrofit the chassis with its self-driving system. The company plans to introduce additional Sonatas to its fleet of 50 driverless Toyota Priuses, with the goal of reaching 100 vehicles by 2020, and it says it will build its stack into other Hyundai and Kia models in the future.

“The new Sonata is [designed] on a modern platform that allows integration of our proven self-driving system with minimal modifications,” said Yandex Self-Driving head Dmitry Polishchuk. “We received the first Sonata at the end of May 2019 and immediately started developing the prototype with Hyundai Mobis engineers, who also helped develop the new Sonata.” 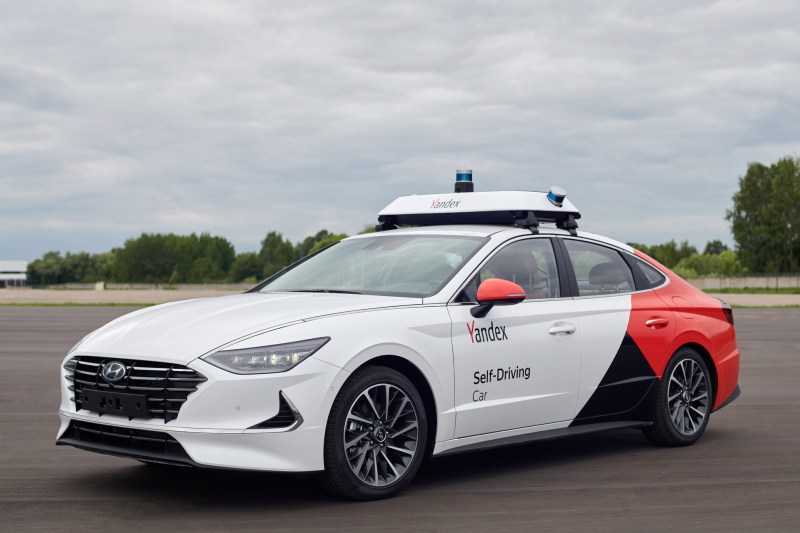 Hyundai describes Mobis as the world’s sixth-largest parts and services OEM. In addition to Yandex, it has partnered with a number of other companies developing tech for autonomous systems, including Amazon-backed Aurora.

As for Yandex, it has been testing autonomous vehicles on public roads since December 2017, starting in Moscow and later expanding to Innopolis and Skolkovo, Russia, Las Vegas, and Tel Aviv. Work began in earnest in 2016, when the company’s 120-person self-driving team started piecing together components atop a Toyota Prius V chassis.

Currently, a small team within Yandex handcrafts maps of areas ahead of deployments, but the company expects the process will become more or less automatic in the future. To date, Yandex says its autonomous taxis have given over 2,000 rides with in-car safety drivers who keep tabs on route progress (along with teleoperators). Within four years, the company intends to build a car without a steering wheel that’s capable of “human-level” driving in certain cities. 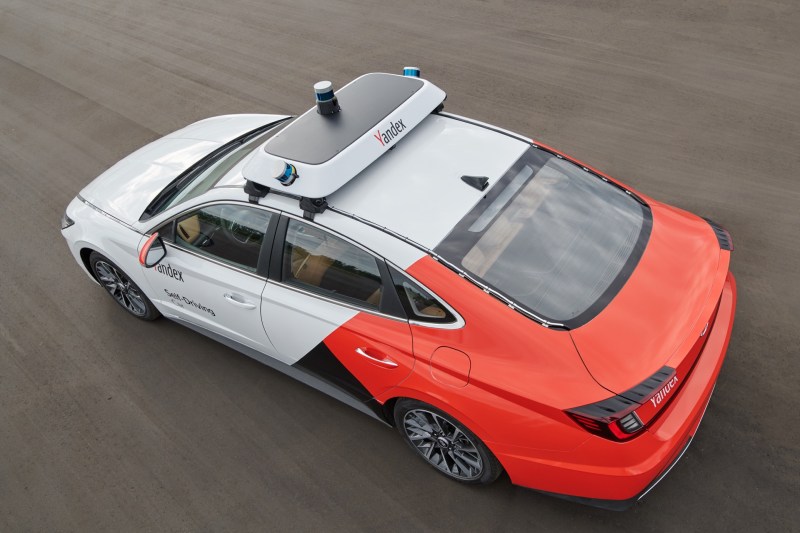 Yandex has competition in Daimler, which last summer obtained a permit from the Chinese government to test autonomous cars powered by Baidu’s Apollo platform on public roads in China, and in Beijing-based Pony.ai, which has raised $214 million and in early April launched a driverless taxi pilot in Guangzhou. Meanwhile, Alphabet’s Waymo, which launched a commercial driverless taxi service in December 2018, says it is now servicing over 1,000 riders with a fleet of more than 600 cars.

Startup Optimus Ride said earlier this year that it would build out a small autonomous shuttle fleet in New York City, following news of driverless car company Drive.ai’s expansion into Arlington, Texas. GM’s Cruise Automation has been testing an autonomous taxi service for employees in San Francisco and plans to launch a public service this year. Other competitors include Tesla, Zoox, Aptiv, May Mobility, Pronto.ai, Aurora, and Nuro, to name just a few.

According to marketing firm ABI, as many as 8 million driverless cars will be added to roads in 2025, and Research and Markets anticipates that there will be some 20 million autonomous cars in operation in the U.S. by 2030.