Waze is rolling out a new feature in the U.S. and Canada that lets drivers see how much they can expect to spend on tolls for any given route.

The crowd-powered navigation app, bought by Google back in 2013, already allows drivers to route around toll roads to save money. But now the app will display how much a driver can expect to pay if they choose to use a premium route — it’s all about making better-informed decisions. 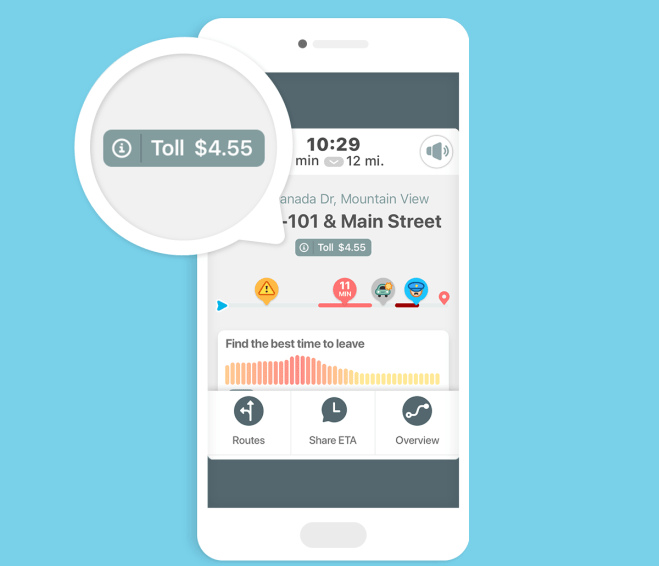 Waze has introduced a bunch of new data-powered features for specific regions around the world. A few months back, for example, it announced a tie-up with Transport for London (TfL) for a smart routing feature that helps drivers circumvent a new low emission zone in the city center.

There are some 5,000 miles of toll roads in the U.S. alone, with around 40 U.S. states and territories claiming at least one toll road. Pricing can vary from region to region — and there isn’t a single database that contains all the pricing data — which is where the Waze community comes into play.

Waze built a tool that enabled volunteer editors to manually input data for each toll road, and the company used this data to figure out how much a route from A to B will cost. This can include rides scheduled for a later date, as Waze factors in dynamic pricing to cover tolls that cost different amounts depending on the time or day. Additionally, if a driver is presented with a toll road route that they wish to avoid, they can hit “alternate routes,” and the first option will always be a toll-free route.

Toll pricing will be arriving for drivers in the U.S. and Canada from today.