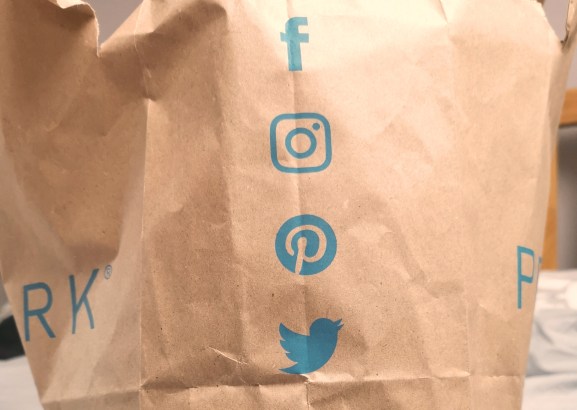 To say that social media is not in the best of places at the moment would be something of an understatement. Trolling, abuse, conspiracy theories, propaganda, and terrorism have become increasingly active, and the companies behind these platforms — despite some efforts to reassert control — are largely failing to maintain order.

Cyberbullying is one of the abuses tech companies are currently trying to curb — users will ultimately withdraw if harassment is part of the deal. But another trend we’re starting to see is social media companies cutting back on public-facing numbers such as subscribers, Likes, and comments — “vanity metrics” often more aligned with quantity than quality.

A few months back, Instagram announced it was trialing a new feature that hides photo Like counts from the public. The test was originally limited to Canada, but this week the Facebook-owned company revealed it has expanded the feature to six more markets — Australia, Brazil, Ireland, Italy, Japan, and New Zealand. The move is designed to take Instagram closer to its roots — people sharing photos and videos with like-minded people, rather than trying to show how popular they are by accumulating Likes.

“We want your friends to focus on the photos and videos you share, not how many Likes they get,” the company said in a tweet.

It’s worth noting that users can still see their own total number of Likes, but other viewers will only be able to see a very broad summary showing that some people have Liked the image. They could manually count up everyone who has Liked a post, but Instagram won’t tally it for them.

While not as extensive a measure as Instagram’s, it’s all part of the same push to make users less obsessed with numbers and more focused on the content itself.

Some studies have shown that receiving Likes on social media posts activates the same brain circuits in teenagers as eating chocolate. Other research has indicated that there may be a correlation between Likes received on social media posts and a person’s self esteem. So while influencers and creative agencies may be up in arms about the decreased emphasis on popularity — given that the follower-to-Like ratio is a common metric used to show engagement — removing Likes and similar engagement tallies may be one small step toward combating social media addiction.

“We don’t want Instagram to feel like competition — we want people to worry a little bit less about how many Likes they’re getting on Instagram and spend a bit more time connecting with the people they care about,” said Instagram head Adam Mosseri at Facebook’s annual developer conference in May.

Earlier this year, Twitter also unveiled a new experimental app it calls Twttr, which hides Likes and retweet count by default, requiring users to tap to see these metrics. And this week Twitter announced an update to its main app, one that seeks to hide another engagement metric of sorts — comments.

This feature allows users to hide specific replies to their tweets. Like Instagram, Twitter is first launching a trial in Canada, though the company has already committed to expanding the feature globally, suggesting that this is more than just a test.

You asked for more control over your conversations, so starting next week we’re testing a new feature in Canada that will let you hide replies to your Tweets.

For transparency, viewers everywhere can see hidden replies by going to a new icon or the dropdown menu. pic.twitter.com/qM8osT7Eah

As an aside, this news comes just in time for the upcoming federal election in Canada, as politicians (and anyone else in the country) will be able to post a tweet and then manually curate which replies they want displayed. Hidden comments will still be visible through a separate icon that the reader clicks on, but this extra friction means undesirable comments — for example, counterclaims or rebuttals to tweets sent by public figures — will not really be part of the conversation.

While some may view the curating tool as a step toward “cleaning up” online conversations and putting control back in the hands of the tweeters, in reality it will probably lead to armies of social media workers manually hiding comments, at least a portion of which could probably have added balance to the debate.

While the mighty Facebook itself has not made any meaningful changes in terms of vanity metrics, it is very much espousing similar tactics as it pushes “quality” over “quantity” — private versus open, ephemeral versus forever. Mark Zuckerberg recently stated that his mission was to evolve Facebook so it’s more aligned with WhatsApp and less a glorified popularity contest.

“As I think about the future of the internet, I believe a privacy-focused communications platform will become even more important than today’s open platforms,” he said. “Privacy gives people the freedom to be themselves and connect more naturally, which is why we build social networks. Today we already see that private messaging, ephemeral stories, and small groups are by far the fastest-growing areas of online communication.”

If there’s one thing most people can probably agree on, it’s that social networks have gotten out of control — it’s the Wild West, with people shouting at each other, strangers arguing about things they’ll never agree on, and kids trying to impress other kids with meaningless popularity metrics.

Of course, social networks are still incredibly useful for many things, but they’re not always fun places to be. What the product refinements happening at Instagram, Twitter, Facebook, and YouTube tell us is that the platforms are more than aware of this issue — even if they don’t come right out and say it. Naturally, the push to realign their priorities with “quality” rather than “quantity” isn’t built on altruistic foundations; it’s based on the simple fact that people won’t hang around forever if they’re unhappy — and that wouldn’t be good for the bottom line.