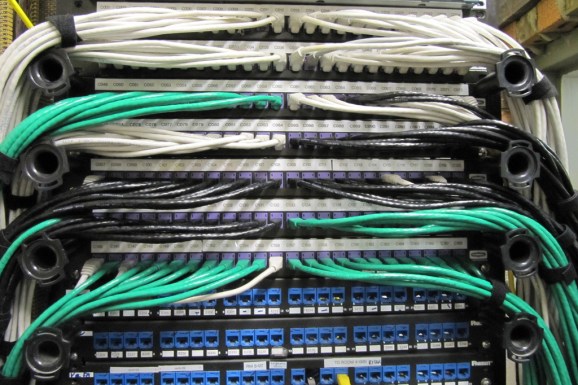 Arrcus, a San Jose, California-based company developing an operating system for off-the-shelf white-box networking gear, today announced that it’s raised $30 million in series B funding, bringing its total raised to $49 million. Lightspeed Venture Partners led the oversubscribed round, which followed on the heels of a $15 million round in July 2018 and saw participation from investors General Catalyst and Clear Ventures.

Arrcus CEO Devesh Garg said the fresh funds will drive the expansion of the company’s operations, help to scale its strategic partnerships, and broaden the reach of its current and future products. “Business providers and enterprises alike want to move away from closed, proprietary, vertically-integrated systems and prefer the freedom of choice,” he added. “It’s an exciting time at Arrcus as our disruptive vision democratizes the networking industry by providing best-in-class software, the most flexible consumption model, and the lowest total cost of ownership for our customers.”

Garg — a prolific entrepreneur who was an early employee of Broadcom and previously served as president of EZChip Semiconductors, the Ethernet processor company recently acquired by Mellanox for $811 million — founded Arrcus in 2016 with Keyur Patel and Derek Yeung, former Cisco engineers who between them hold more than 50 patents. The startup emerged from stealth in July 2018 with former Yahoo, Juniper, and Google executives among its advisors and a novel network operating system: ArcOS.

ArcOS is a programmable, modular, and extensible Linux- and microservices-based system that’s fully separated from the underlying Linux kernel. It runs on bare metal or within a virtual machine or container (either on-premises or in the cloud) and it supports vendor-neutral data models like OpenConfig and Yang, enabling it to integrate with a range of existing frameworks. In fact, Arrcus says that ArcOS works with any off-the-shelf networking hardware based on Broadcom’s Jericho2 silicon, including switches and routers in a range of form factors and port types (e.g., 1G/10G/25G/40G/100G/400G).

Arrcus claims ArcOS’ multi-process, multi-thread architecture delivers superior performance, bolstered by per-process restarting capabilities for tasks like routing. The company has yet to reveal clients by name, but it says that its solutions are undergoing trials at some of “the world’s largest organizations.”

White-box networking solutions are a profitable venture — Grand View Research anticipates the global  market will reach $25.53 billion by 2025 — but Arrcus faces competition from rivals like Cumulus, Big Switch, and Pica8. Another is SnapRoute, which attracted backing from Microsoft Ventures and others in February 2017 for its hardware-agnostic network app management and deployment platform.

That said, with demand from tech giants including AT&T and reportedly Amazon, there’s likely to be plenty of customers to go around.

“Data center, cloud-to-edge and 5G solutions, and the information revolution are all accelerating broad-based infrastructure upgrade cycles that require flexible, massively-scalable, and highly cost-efficient routing-centric networking solutions,” said Lightspeed partner Guru Chahal, who plans to join the company’s board of directors. “Arrcus has solved these foundational challenges and has the all ingredients to lead the transformation for this large market.”