Just a few weeks after taking the wraps off the Cruise, a two-seater electric bike with a 52-volt battery and an LCD screen, Bird today announced its second-generation escooter: the Bird Two. In addition to a long-lasting battery and a bevy of damage-detecting sensors, it features anti-theft encryption that protects against malicious hacks and a durable frame designed to prevent theft and navigate rough roads.

Bird says the Bird Two will begin rolling out next week.

“Bird Two is the embodiment of Bird’s commitment to the safety of our riders and those around them, our partnership with cities, and our focus on building a sustainable long-term business that reduces the number of cars on the road,” said Bird founder and CEO Travis VanderZanden.

The Bird Two’s design is much more robust than its predecessor’s, the Bird One, thanks in part to a seamless frame. In fact, the Two doesn’t have any exposed screws to speak of, and it boasts an “industrial-grade” anti-tipping kickstand that reduces the escooter’s changes of getting knocked over while parked. As for the tires, which are puncture-proof, Bird says they were informed by nearly two years of operational data and engineered to hold up against sharp objects. 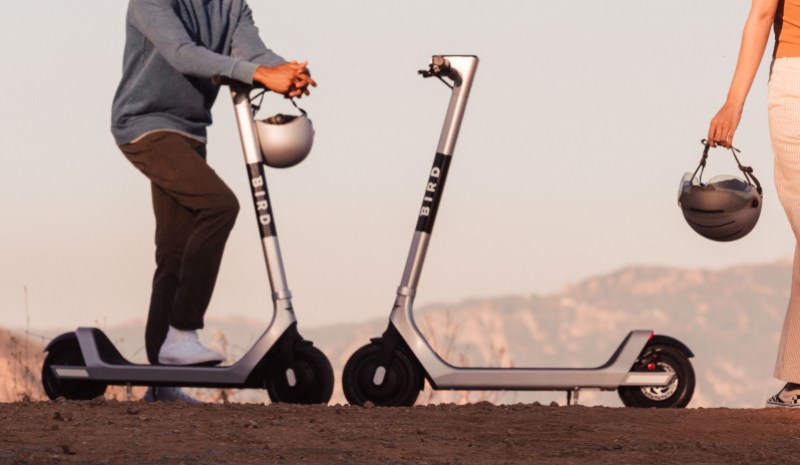 The Bird Two’s “automotive-grade” battery is over 50% larger in terms of capacity compared with the Bird One’s, according to the company, which says the new escooter been completely reengineered with a novel management system that allows it to operate “more safely” in extreme temperatures. Concrete figures were tough to come by at press time, but Bird boldly claims it’s the escooter industry’s longest-lasting battery.

The Bird Two’s unveiling comes after the company announced a monthly rental program to complement its existing on-demand service. For $25, Bird customers in San Francisco and Barcelona get unlimited rides on a personal scooter, with additional cities to follow. 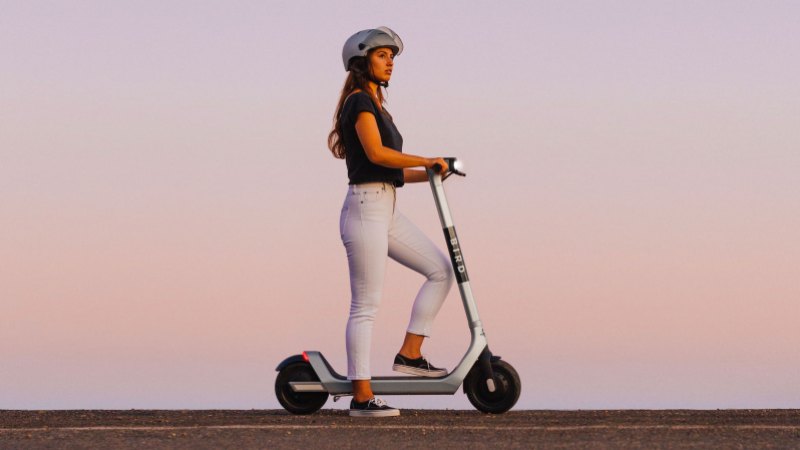 The Santa Monica, California-based mobility startup — which was founded in 2017 by former Lyft and Uber employees — has myriad competitors, but its chief rival might be escooter startup Lime, which has raised $765 million to date.

Bird is undoubtedly better-funded than much of the competition, with recent contributions from Sequoia, Accel, Greycroft, and other investors valuing it at roughly $2 billion. It also has a broader geographic reach, operating across dozens of markets in the U.S., including in Santa Monica, where it’s headquartered, as well as Austin, Baltimore, Dallas, Detroit, San Diego, Washington D.C., and Paris.