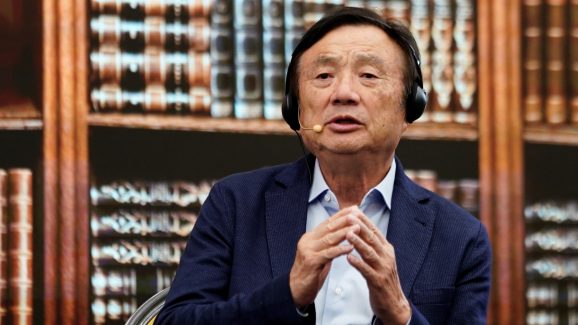 With no sign of a deal to resume normal U.S. business operations on the horizon, embattled Chinese mobile supplier Huawei is reportedly embarking on a major overhaul that will “help [it] achieve victory.” The company estimated a completion date of within the next three to five years and said it is planning to mount an “invincible iron army” to avoid crumbling under a U.S. ban. Further, it believes the U.S. is lagging behind in 5G technology — a key area that Huawei has focused on, to its detriment in the West.

Huawei disclosed its plan in an early August letter from CEO Ren Zhengfei, seen by Bloomberg, that properly anticipated continued problems between the company and the U.S. government. U.S. president Donald Trump has continued to tie the company’s fate to resolution of an extended trade dispute with China. Last week, he suggested that the U.S. was “not going to do business with Huawei” but added that this “doesn’t mean we won’t agree to something if and when we make a trade deal.”

While Ren’s letter doesn’t offer details about the overhaul, the implications are fairly clear: Eliminate reliance on U.S. technologies and partners by adopting local and/or self-made alternatives. Last week, Huawei revealed HarmonyOS, an operating system previously known as HongMeng, which will initially power smart non-phone devices while the company builds the software and developer infrastructure to use it in phones — if that becomes necessary.

Security concerns over next-generation 5G cellular technology were the trigger for global U.S. actions against Huawei, which has been accused of leaving insecurities in its cellular devices that could be exploited for Chinese government surveillance. Huawei has suggested that it has a lead in 5G, and its CEO reportedly took a shot at its largest antagonist, stating that “the U.S. doesn’t use the most advanced 5G technology,” without providing further details.

Ren’s bluster on 5G could be no more than chest thumping. Huawei is generally known for providing comparatively inexpensive — rather than leading-edge — mobile equipment. Moreover, while every major U.S. carrier has launched a commercial 5G network, including the latest millimeter wave hardware, China is still focused on regionally limited 5G launches and remains months away from a reported October commencement of commercial 5G service. But Ren might be referring to limited U.S. use of dual-spectrum 4G/5G solutions, which are expected to boost data speeds in the 5G era.

As Huawei struggles to regain its footing internationally it is expected to lay off hundreds of U.S. employees and either scale back or close its U.S. operations, which have reportedly been prevented from interacting with its other divisions due to the U.S. ban. Ren compared the ban’s impact to bullets hitting explosive oil tanks and said the company “absolutely” needs to complete its reorganization in three to five years.